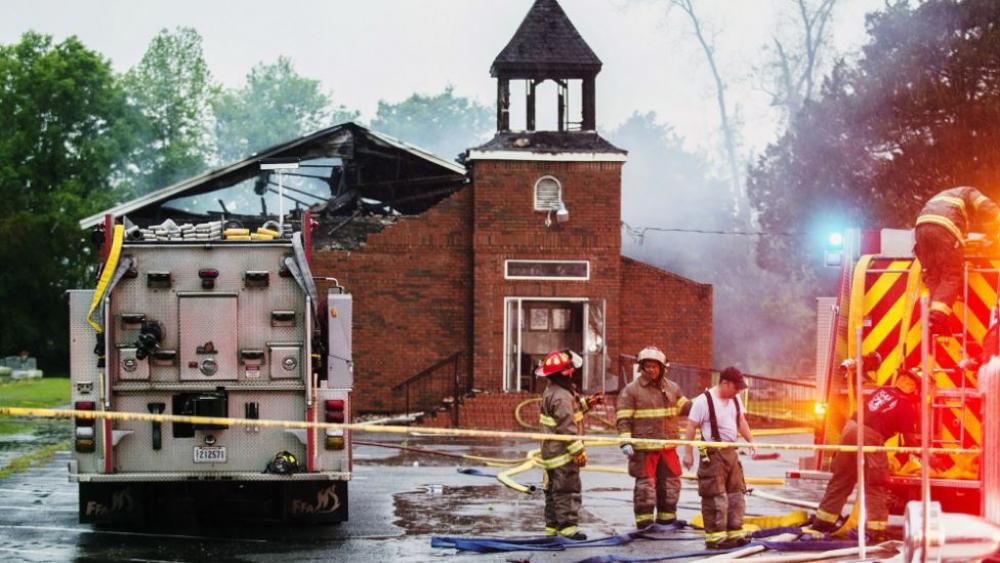 All three buildings, home to African American congregations, are located in rural areas and the fires happened at night. They were uninhabited at the time the fires occurred and no injuries were reported.

During a news conference Thursday, Fire Marshal H. "Butch" Browning said it wasn't clear whether the three fires are connected and he declined to get into specifics of what the investigation had yielded so far but described the blazes as "suspicious."

He asked if anyone saw anything to notify authorities.

"It's all about what people see," he told reporters. "The best witness, the best evidence is an eyewitness. And I think that's what we want people to be, is aware of their surroundings and aware of something that might look suspicious that they don't think is suspicious.

Pastors from 10 area churches gathered Thursday to discuss the fires and show support for the affected churches, The Advocate newspaper reported. The pastors said all of the three buildings damaged by the fires were each over a century old.

Louisiana Congressman Clay Higgins posted this message, calling on the perpetrators to repent:

The Rev. Harry Richard of Greater Union Baptist Church told the newspaper that he doesn't want people to panic".

"I don't know who's doing it or why they're doing it, but I don't want to be the one to inject race into it," he said.

The Rev. Gerald Toussaint of Mount Pleasant Baptist Church said he was crushed to see so much history go up in flames.

"It was heartbreaking," he said.

Rick Swanson, a University of Louisiana at Lafayette professor and civil rights researcher, told the newspaper if the St. Landry Parish fires turn out to be racially motivated, "It would be very consistent with a pattern of terrorism used against black churches" and black movements in the past.

The pastors all echoed one another in their support of each other, saying their congregations will only grow stronger through this tragedy.

"The church is still alive," Toussaint said. "The building is gone, but we'll be back because we can't let the enemy win."