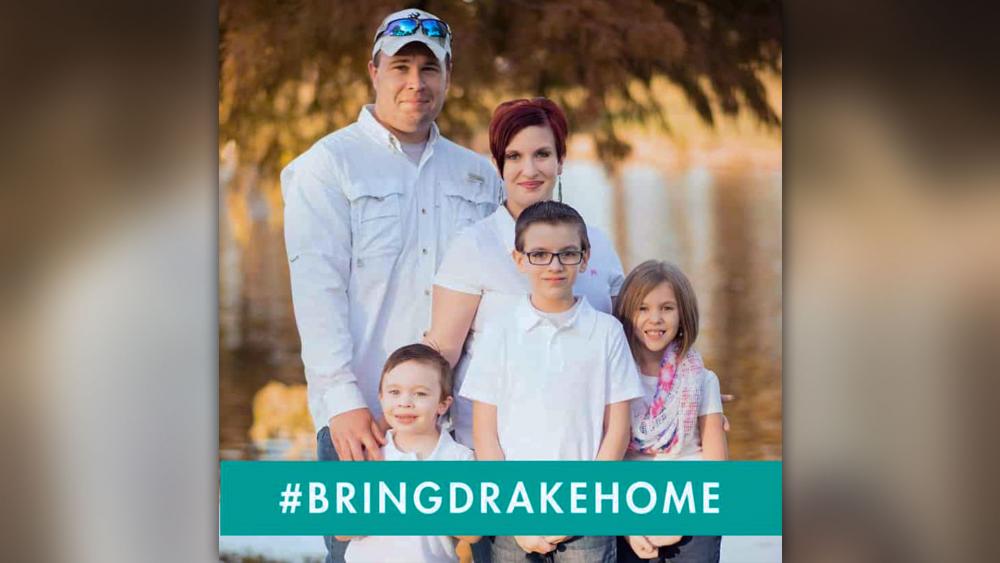 On June 20, a knock on the door began a legal and emotional nightmare for Daniel and Ashley Pardo that's still reverberating through the courts. It resulted in a case that has parental rights groups aghast at what they say is governmental abuse and massive overreach against a family.

On that day in June, Texas Child Protective Services, aided by uniformed police, entered the Pardo home and seized their four-year-old son, Drake, taking him into protective custody. The Pardos say authorities did this with no explanation, with no one telling them why or giving them any information about the allegations against them.

This video, showing the couple to be shaken but calm, was recorded by the Pardos on a cell phone as the seizure took place. Houston television station KIAH
reports that "In the video, you can hear the husband and wife question the circumstances behind the situation, claiming that CPS never contacted them nor their attorney to provide any information."

Mr. Pardo is also heard saying,  "We have an attorney that has asked many questions, and he has not gotten any answers. We're willing to work and cooperate, but we are not getting anything. It's been two weeks."

CPS claims the couple is guilty of medical child abuse, but not for depriving their fragile son of medical care. Instead, they're accused of seeking medical care the child does not need.

The Pardos' problems stem from a hospital stay in the spring when their young son, who has had numerous health challenges, suffered from complications during a medical procedure. That resulted in Drake staying in the hospital for several days. During that time, the Pardos say their son's doctor, who had performed the procedure, did not come by to check on him at all.  After he was released, the Pardos got a new doctor and filed a complaint against the doctor at Children's Medical Center in Dallas for not properly caring for their son.

That doctor later handed Drake's medical files over to the "Child Abuse" office of the hospital, setting in motion the process that culminated in that momentous knock on the door, and with the state of Texas taking a child from his parents, even though there had never been a whiff of abuse in the family.

Lifesitenews.com reports, at issue, is whether the child, who had suffered from serious eating problems, needed a feeding tube to help him get enough nutrition. The physician disagreed with the parents' desire to get a second opinion on which feeding tube would be better for Drake.

The Christian Post quotes from documents in the case that CPS also accused Drake's mother, Ashley Pardo, of "exaggerating and lying about (her son's) symptoms and conditions" and "demanding an unnecessary surgical procedure to place a G-tube."

The Pardos say they never heard back from the hospital about their own complaint, despite assurances that they'd be contacted after it was reviewed. Instead, 46 days later, Child Protective Services showed up at their door and took Drake.

Since then, the Pardos have been in court several times. Throughout the various proceedings, testimony from CPS and from Dr. Suzanne Dakil of the "Child Abuse" section of the hospital, have stunned many in the courtroom and confirmed that proper procedure was not followed and that laws were broken.

Among other items in Dr. Dakil's testimony, according to the website namelyliberty.com, Dr. Dakil admitted on the stand that she had never seen or met with Drake or his parents, that she did not request that Drake be removed from his family and that she was surprised when that happened.  All she wanted, she said was for CPS to facilitate a meeting with the parents. She said she did not deem the situation an emergency.

As for the CPS caseworker and her supervisor, the website further reports that they admitted in testimony that prior to the removal of Drake from his family, CPS had not talked to the child or the parents or neighbors, and had not completed a background investigation. They further testified they had no firsthand knowledge of wrongdoing by the Pardos. They admitted that they did not inform the Pardos of the allegations against them, a step which the law requires. They also admitted that they intentionally did not tell them about a required meeting on June 10, which the Pardos missed, and which CPS partly used to justify calling the situation with Drake an "emergency" removal.

Despite all this, the Texas 5th Court of Appeals denied the Pardo family's request for emergency relief last week, which would have allowed Drake to come back home to his family.

Now for Daniel and Ashley Pardo, their only recourse is to take their case to the Texas Supreme Court. In the meantime, already two months away from his parents, Drake Pardo remains in foster care.