This Was the Most Read Bible Verse of 2019, Plus a Stunning Increase in Scripture Reading 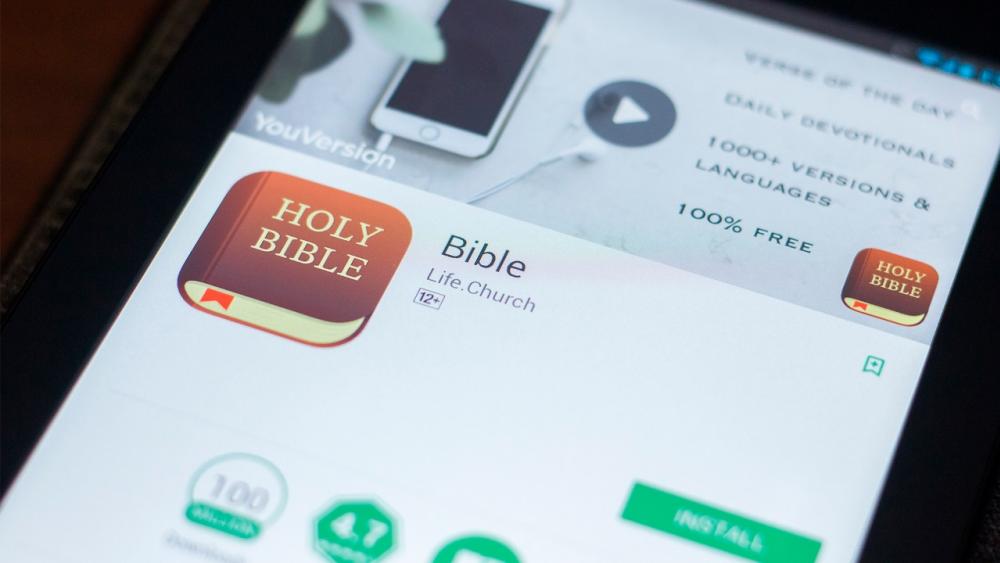 As 2019 comes to a close, Popular Bible app YouVersion has revealed the most-read Bible verse of the past 12 months, and it is an extraordinarily poignant one considering the tumultuous times in which we live:

Philippians 4:6 reads, “Don’t worry about anything; instead, pray about everything. Tell God what you need, and thank him for all he has done.”

The popular verse is a simple plea from the Apostle Paul to followers of Jesus in Phillippi, instructing them not to be anxious about anything but, instead, to prayerfully approach God with their concerns and anxieties, and to be assured that the Lord will provide them with all they need.

FAITHWIRE: Having Faith Is Not a Crime’: Chinese Megachurch Elder Defiant After Being Sentenced to Four Years in Prison

“We’re encouraged to see so many people turning to the Bible in response to their worries, remembering what God has done in their lives, and choosing to trust in His faithfulness,” the app’s founder, Bobby Gruenewald, said in a press release.

It was another good year for the YouVersion, with more people engaging with the scriptures through their smartphones and tablets than ever before.

Incredibly, YouVersion saw a 30% increase in the amount of Biblical content being consumed by its users — some 5.6 billion chapters were listened to and a stratospheric 35.6 billion chapters read. In addition, around 478 million verses were shared and 1.1 million Bible plan days were completed.

The app, which was originally developed by Oklahoma megachurch Life.Church, has enjoyed some staggering growth since being launched back in 2008. An astonishing 400 million people have installed it across the globe, with a further 50 million unique downloads being added to the total over the course of this year alone.

Incredibly, many of the newly engaged users originated from within countries where Christianity is under siege.

According to YouVersion’s 2019 annual report, Algeria, which has experienced an uptick in religious persecution this year, clocked a 219% increase in Biblical engagement.

Other countries who logged a marked increase in their time spent reading the Bible were: Morrocco, India, Nepal, Zambia, Afghanistan, Myanmar, Bangladesh, and Chad.

“What we are seeing in global engagement is exciting to us,” Gruenwald added, “because with every verse highlighted, Plan day completed, or audio chapter listened to, that’s a person who is being transformed by knowing God more intimately through spending time in the Bible.”

FAITHWIRE: ‘When God Calls, You Should Humble Yourself’: MLB Star Manny Ramirez Reveals How Jesus Changed His Life

The YouVersion Bible is now available in 1,343 languages and 2,013 different versions.

“Every year, when we dig into these numbers, we’re overwhelmed by how God is using this app to deliver His message of hope and love to a hurting world,” the founder noted. “We’re humbled by the opportunity to see lives changed in every country around the world.”