'Everybody Should Have God in Their Life': This 'Hidden Figure' Was Key to the Space Race, and Even Made GPS Possible 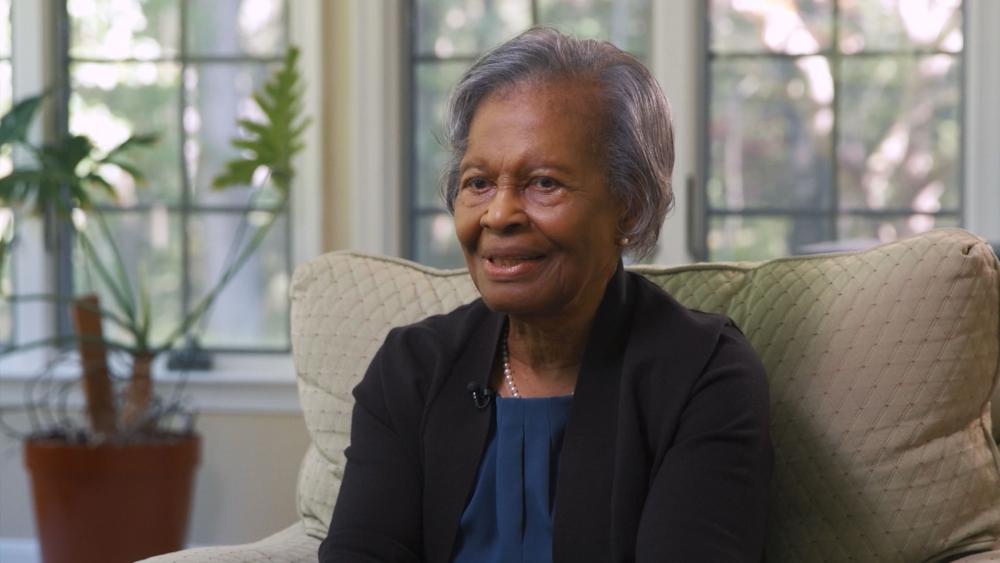 Whether it's navigating jet airliners, providing driving directions to a new restaurant, or geo-tagging your social media pictures, few imagined the impact GPS would have on modern society – including 88-year-old Gladys West.

"I never would have thought that I could sit in a car, and, you know, it says, 'turn left, turn right,' no," she said with a slight laugh.

For 42 years, Gladys was employed by the US Navy. As a mathematician, she would help lay the groundwork for many of the government's orbital satellite projects. That includes what became the global positioning system – or what we call GPS.

"We didn't do all the GPS stuff that's for the car and all that. We didn't actually do that, but what we did was got the accuracy of where things were located all around the world and stuff, as a database," she explained.

Born in 1930, Gladys grew up on her family's farm just south of Richmond, Virginia, where she learned the value of hard work.  And that would pay off for West, who wanted more than what life on a country farm could offer.

"You could get a scholarship if you were the first or second in your high school graduating class. So right off, you know, I was Johnny-on-the-spot doing all my work, all the time," she said.

Gladys finished at the top of her high school class, earning her a full scholarship to what was then called Virginia State College, a historically black school in Petersburg, Virginia.

"The teachers were encouraging me to major in math because they thought that I would be good," she said.

Again, Gladys finished at the top of her class and went on to complete work on her master's. In 1956, she accepted a job at the naval support facility in Dahlgren, Virginia. The space race was just taking off, and computers were the wave of the future.

"It was really an excitement, you know? They promised us that they would teach us, you know, how to communicate with this computer and all this stuff, you know," Gladys recalled. "So, and knowing me, I was ready to work hard with it."

And work hard she did. With the success of the space program, NASA was beginning to place satellites into orbit. Gladys was tasked to help write and program code needed to process the enormous amount of data coming in.

"You have a long equation and there are certain coefficients that go along with each term. You had to generate them and get them accurate and all," she explained. "I programmed and coded all those equations and we checked them out by hand cases and all.  And they would pass them to the next level."

The work was long and tedious, with every equation checked and re-checked for accuracy.

"You didn't want to cause anybody else any holdups or any trouble about something that you had done that prevented them from making progress. So, you're going to have to make sure that they could depend on anything that you sent," Gladys said.

It was this tenacity and dedication that drew the attention of fellow mathematician, Ira West. The two dated for 18 months before getting married in 1957.

"She wasn't an easy catch though," Ira recalled. "Let me tell you, I had to work hard for that."

Gladys chimed in, saying, "I always think of Ira – I said, 'He played more than I did.'"

Meanwhile, the Civil Rights Movement was sweeping the country. Gladys and Ira wanted to show their support, but government employees weren't allowed to participate in public demonstrations.  So, the couple decided the best way to help was to change perceptions, and work even harder.

In the years that followed, they both continued their work for the Navy on numerous projects. In 1978, Gladys received a commendation for her work and was promoted to project manager of the SEASAT Radar Altimetry Project, the first satellite that could collect data across the ocean's surface.

"It was always interesting," she said. "Working with people and doing something that was important and that's going to be used by the government, you gotta make sure you doing everything right 'cause you're part of this big thing that's happening."

As she always had, Gladys stayed true to herself, striving to be defined by her competence, and not by the color of her skin.

"I think I was most happy when I got to the point that I could be independent, and I could troubleshoot big programs and be a help to the analysts who had helped to generate the program. When I could talk to them, you know, it's sorta like be a part and understand. I think that was the best feeling I had," she recalled.

Even after retiring in 1998, Gladys stayed busy, completing her PhD in philosophy and writing her memoirs. For all her accomplishments, commendations and recognition she has received over her career, Gladys understands there is only One who she can credit for the direction her life has taken.

"I think everybody should have God in their life," Gladys says. "I can just about see the complete circle and I can go back and I can look and see what He did and where He put me and where all along.  And I would think it's amazing that I didn't understand it at the time, exactly what was happening, but He was there and He was doing it."