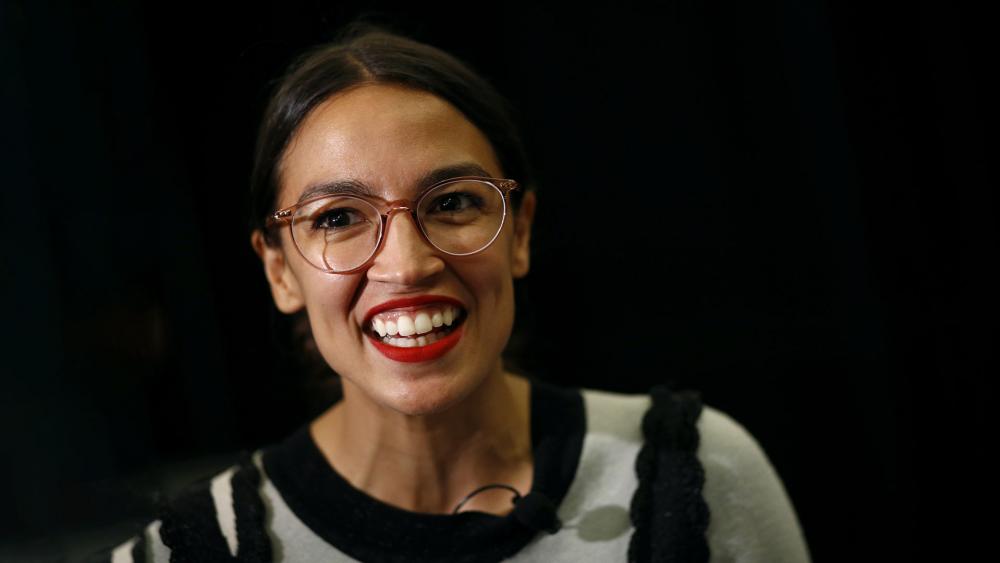 Oh how far the Democratic party has fallen. In recent days we've seen the new darling of the Democrats Alexandria Ocasio-Cortez crusading for a 70% income tax rate. Now, according to a Washington Times report on Thursday, several prominent Democratic presidential wannabes, including Sen. Elizabeth Warren of Massachusetts, arguing for tax rates of more than 50%. Julian Castro, an Obama cabinet member who is testing the waters, says approvingly that "there was a time when the top marginal tax rate was 90%." It's almost like a race among the presidential aspirants to see who's willing to raise tax rates the most.

What is so disheartening about this cheery talk of returning to confiscatory tax rates is that it was just a little more than 30 years ago that Democrats were carrying the torch for MUCH lower tax rates than we have even today after the Trump tax cuts. Then, Democratic stars Sen. Bill Bradley of New Jersey and House Majority leader Dick Gephardt sponsored a tax reform bill (with the late great Jack Kemp) to slash tax rates to 28%. They worked with President Ronald Reagan to get the top tax rate down from 50% to 28% by closing gaping tax loopholes. Amazingly the Bradley bill to cut the highest marginal rate to 27% passed in the Senate – are you ready for this? – by a vote 97-3. Even the most liberal Democrats like Ted Kennedy, Howard Metzenbaum, and Al Gore supported the revenue-neutral tax reform movement of trading low tax rates for ending tax shelters for the very rich. The Tax Reform Act of 1986 was a great bipartisan achievement that helped spur many years of strong economic growth.

Where did all the pro-growth Democrats go?

Mr. Castro seems to long for the return to 90% tax rates. Does he know any of the history here? It was President John F. Kennedy who called for a 30% across the board reduction in tax rates that ended the tyranny of a government that could take 90 cents in taxes out of a dollar of earnings. JFK argued correctly that the lower tax rates would "raise revenues in the long run." He was right; the lower tax rates spurred a burst of prosperity after he was tragically assassinated.

When Reagan entered office he picked up where JFK left off. During his presidency, the top tax rate fell from 70% down to below 30%. Federal tax receipts even with these lower tax rates doubled from $500 billion in 1980 to just over $1 trillion by 1990 (or roughly 50% higher after accounting for inflation). Former George W. Bush chief economists proved in a famous study of the Reagan tax cuts that the biggest increase in tax revenues came from the wealthiest Americans. So much for Reagan "cutting taxes on the rich."

Now we skip forward to the Democratic party of 2019 and almost all of the leaders are endorsing tax deform.  Ms. Cortez and Warren keep touting a return to the tradition of the Democratic party of higher tax rates to restore fairness for the middle class and promote "social justice." Have any of them even noticed that in the wake of the Trump tax rate reductions to 37% for individuals and 21% for businesses (which every Democrat in the House and Senate voted against), we have the best job market for the middle class in 50 years and wage gains that are larger for the lower and middle income groups that for the rich? Trump has created one million new construction, manufacturing and mining jobs – middle-class occupations that had been flat or shrinking under Barack Obama. After nearly two decades of income stagnation, the middle class is getting ahead again.

Trump's tax bill cut tax rates, but also eliminated loopholes for the rich. The capping of the tax deductibility of state and local taxes closed a giant tax write-off for in the tax code with almost 60% of the benefit going to the millionaires and billionaires. Ironically, the blue state Democrats like Chuck Schumer want to restore that Hershey Kiss for Manhattan and Silicon Valley millionaires - most of whom write big checks to the Democrats. What towering hypocrites.

Since Democrats are now talking about "the good old days" of sky-high tax rates, they might want to look at the evidence of what was actually going on back then. IRS data confirms that almost no rich people paid those 70, and 80 and 90% tax rates. They hired lawyers and lobbyists to escape paying the taxes, or they stashed their money away in exotic tax-exempt shelters or bought tax-free municipal bonds to avoid forking over the majority of their income to the IRS.

When the top tax rate was 70% in 1980 the richest 1% paid about 20% of all income taxes. In 2016, the most recent year we have good data, with a top tax rate of 39.6%, the top 1% paid almost 40% of income taxes. This suggests that if AOC or Elizabeth Warren were to have their way, the rich would pay LESS not more of the burden of the taxes. A 70% tax rate would mean that the U.S. would suddenly have the highest tax rates in the world on our small businesses, jobs would leave, and the economy would so tank that the incomes and tax payments of the wealthy would shrink.

The modern-day Democrats may not even care if that happened. Barack Obama was asked in 2009 why he supported a capital gains tax hike even though history proves that this would lower federal revenues, he said he would still favor the policy because it was "the fair" thing to do. I suspect the left's obsession with raising tax rates is not about helping the poor or middle class or about lowering the budget deficit, but about tearing down the rich. The modern left at is not driven by fairness. It is guided by an ideology of greed and envy.   Those are vices, not virtues.

Stephen Moore is a senior fellow at the Heritage Foundation.