'This Has Got to Stop. It's Evil': Turkish Military Using Drones to Attack Civilians, Ambulances in Northern Syria 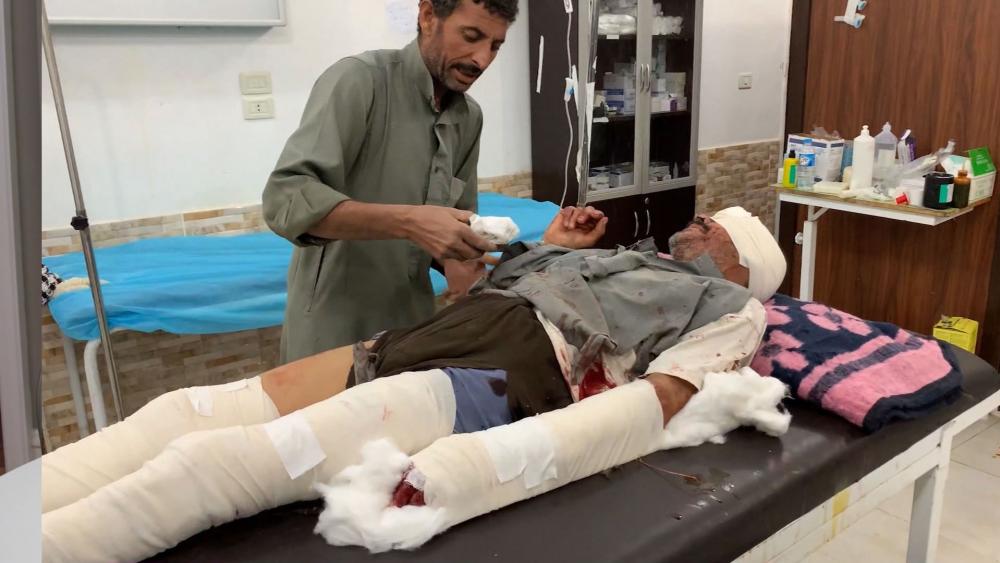 A doctor treats a patient wounded in a Turkish military drone strike in Tal Tamr, Syria. (Image credit: CBN News)
6104481713001
'This Has Got to Stop. It's Evil': Turkish Military Using Drones to Attack Civilians and Military Targets in Northern Syria

TAL TAMR, Syria - While the Pentagon has ordered the withdrawal of most US troops in Syria, some will remain to secure the country's eastern oil fields from ISIS.

The Turkish military is taking advantage of the situation with devastating consequences for the civilians in that area.

Turkey and Russia now patrol northern Syria side by side as Turkish President Erdogan moves ahead to annex a much more land bordering his country. Local Syrians showing displeasure with some pelting a Turkish patrol with rocks near the town of Derrik. Turks fired what they claim to be tear gas to disperse the protests. The questionable chemical, however, sent ten unconscious people to the hospital, a result rarely caused by tear gas. One protester was run over by a Turkish vehicle and later died.

Doctors at the hospital in Tal Tamr have treated more than 700 patients so far.

"The Kurds in this area have faced so much injustice from this invasion, and we sometimes feel powerless to stop the bloodshed," Dr. Chevin Hasan told CBN News.

CBN News Contributing Correspondent Chuck Holton could hear the Turkish drones as he recorded a segment for his report.

"So this reconnaissance we're doing of the front line area just south of Seri Kani, shows that this YPG position is surrounded on three sides at the moment by the Free Syrian Army, off to the west, the north and to the east," Holton said. "But they aren't quite as worried about being attacked from those positions as they are from indirect fire, that's mortars and artillery, because they just had a round land back behind them. They don't know if that's like a reconnaissance by fire or if the enemy's actually bracketing them trying to bomb this target. The other thing they have to worry about, we can hear overhead right now is drones."

Many of the wounded at this hospital are clearly victims of Turkish drone attacks. Dave Eubank, leader of the Free Burma Rangers aid group, has been working in the area for more than three weeks.

"We are at a mobile casualty collection point," Eubank said. "We had to hide our vehicles because of Turkish drone strikes, and in the last three days, 26 people have been killed by drone strikes in this area alone."

It is clear these drones are going after more than just military targets. Eubanks' own marked ambulance took a hit Nov. 2, wounding two and killing one of their ethnic Kachin medics, 37-year-old Zhau Seng. He died on his baby daughter's first birthday.

"And so we ask for a stop to the Turkish drones," Eubank told CBN News. "Five ambulances have been taken out earlier. And so this has got to stop. It's evil."

"All we want is to be able to live in peace like any other nation," Dr. Hasan said. "We just hope President Trump will remember us and maybe he can do something to help our situation." 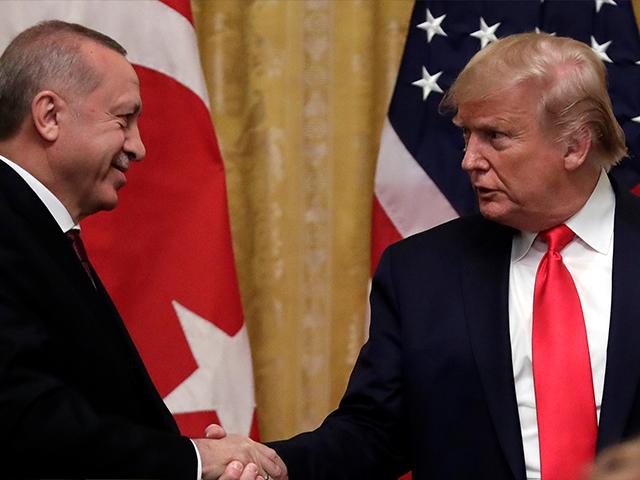