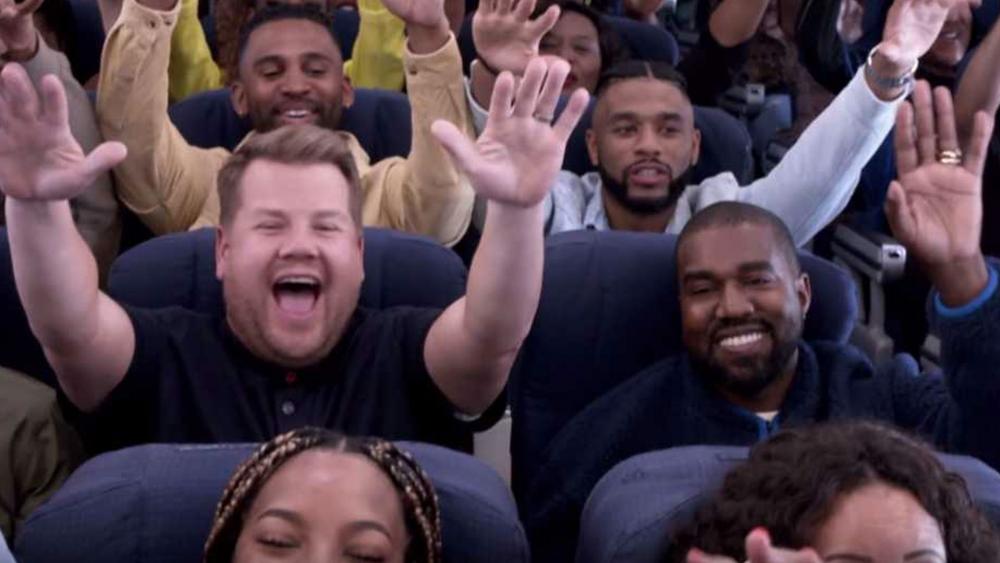 Kanye West has appeared on the Late Late Show With James Corden, featuring in a special segment called “Airpool Karaoke.” Hanging out with Corden on a massive jetliner, West talked about his faith in Jesus Christ, the “Sunday Service” events and even performed some tracks from his new gospel record, “Jesus is King.”

Faithwire: Buttigieg Says His Christian Faith Inspires Him to Work Towards a World Without Weapons

Speaking openly about his struggles with his mental health, West told Corden that the idea for “Sunday Service” came to him during a stay at the hospital.

“When I went to the hospital a few years ago, I wrote in the hospital ‘start a church in Calabasas,'” West said of his plans to plant a congregation in California. “It’s something I had a feeling that I needed to do, that God put on my heart. Now, He keeps on taking us to new levels.”

“How long were you holding onto that feeling before you get to that place where you’re in the hospital and you write down that you need to start a church?” James asked.

“God’s always had a plan for me and he wanted to use me,” Kanye replied. “But I think he wanted me to suffer more and wanted people to see my suffering and see my pain and put stigmas on me and have me go through all the human experiences.”

Now, through his public declaration of faith, Kanye hopes that others will be able to relate to his conversion story and know that, no matter how far they fall, God can always be called upon to pick us back up again.

“When I talk about how Jesus saved me, more people can relate to that experience. If it was just, ‘We grew up with this guy and now he’s a superstar,’ it’s less compelling than this guy who had a mental breakdown and was in debt,” he added.

Faithwire: Lauren Daigle Responds to Questions About Her Future as a Christian Artist

West went on to admit that he was off the rails for a period of time, recalling that infamous incident with Taylor Swift at the 2009 VMA’s. Still, despite his shortcomings, the artist revealed that God was still guiding him forward. “People in my family were praying for me,” he said, noting that “God came and put this thing on my heart and said, ‘are you ready to be in service to Him?'”

West went onto say that perfectionism — something he admits to having struggled with — is “such a blasphemous” thing.

Kanye’s choir performed “Jesus Walks” along with “Souls Anchored” and “Selah,” — all of which espouse distinctly Christian messages. As the flight wore on, even Corden himself felt impacted by the gospel atmosphere, singing along to the worshipful tracks.

“I don’t know whether its the plane or the altitude, but I’m starting to feel closer to God.. I’ll be honest,” he said, which was met with rapturous applause from Kanye’s choir.

But when Corden tried to take the conversation off God for a second, asking Kanye about what a “typical night in with Kim,” would look like, still the rapper led the conversation back to faith.

“I like being at home.. we go, eat dinner.. play with the kids, put the kids to bed, then we go to bed,” he explained. “My wife watches Dateline.”

“So she watches Dateline and you’re not really watching something, you’re just straight to sleep?” Corden asked.

“I read the Bible,” Kanye replied, much to Corden’s amazement.

An incredible interview! Jesus is King” is available on all platforms now.