Did Enviro-Extremists Cause Wildfire Crisis? 'Trees Are Being Worshipped, God Is Being Ignored' 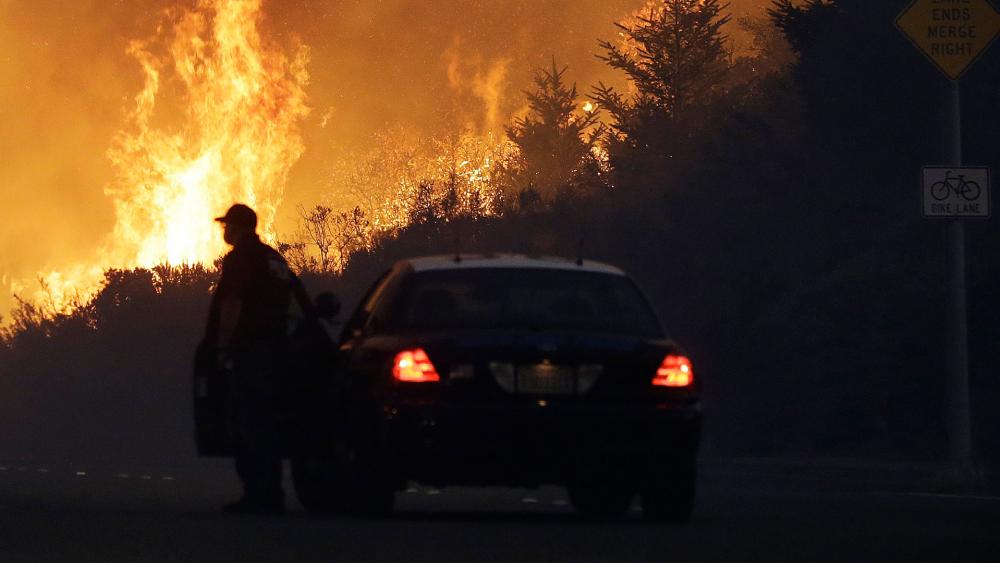 California has almost 150 million dead trees in its forests, according to aerial assessments, and that's partly what's fueling the ongoing wildfire crisis in the state.

The dead trees are the result of the Golden State's epic drought that began in December of 2011 and only officially ended last March, according to Smithsonian.com.

And those dead trees provide cataclysmic fuel for what turns into monster wildfires.

Nathanael Johnson writing for the website Grist posted a story in July warning about California's major drought and its aftereffects.

The Nature Geoscience study "reveals an elegant formula to explain why some trees died and others didn't — and it suggests more suffering is in store for forests as the climate heats up," Johnson wrote.

"This matters because California's ambitious plan to slash its greenhouse gas emissions relies on trees soaking up a lot of carbon. But many scientists now think that all the dead and burning trees have turned California's forests from a carbon sink to a carbon source," he noted.

Roger Bales, a researcher at the University of California at Merced told Johnson better forest management could help diminish mass die-offs of trees, by thinning out the forests. The trees are just too dense and competing for water.

"There's just too many stems in the ground sucking up water because of the fire suppression of the last century," Bales said.

Randy Thomasson, the founder of SaveCalifornia.com, blames the problem on politically correct environmental extremists who have the ear of California's leaders in the state legislature.

"So, they're just sitting around doing the bid of the environmental wacko groups. So, again, hire the loggers. Tell them to give California a haircut and prevent forest fires," he said. "You know, Smokey the Bear had a saying years ago, 'You can prevent forest fires.' Well, the Democrat leadership in California doesn't apparently believe that."

"California has so many trees. This is God's natural resource for the love of people. We ought to be using these trees as God intended. But instead trees are being worshipped, God is being ignored. People are being hurt. Prices go up," Thomasson added.