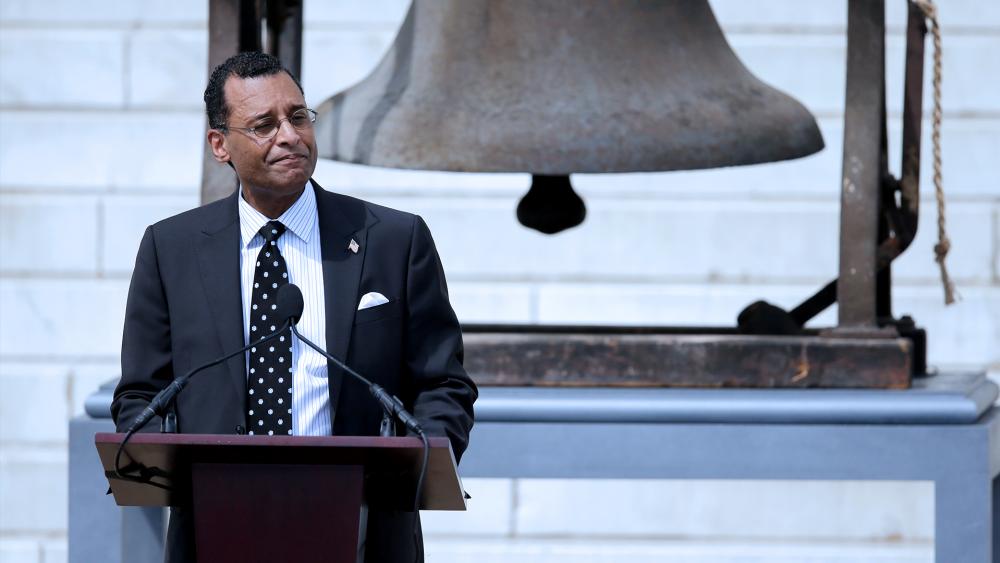 Pastor A.R. Bernard gives the invocation at the Let Freedom Ring ceremony at the Lincoln Memorial, Aug. 28, 2013, in Washington, to commemorate the 50th anniversary of Martin Luther King Jr. delivered his "I Have a Dream" speech (AP Photo/Carolyn Kaster)

Pastor A.R. Bernard of the Christian Cultural Center in Brooklyn, NY, is revealing his recent harrowing bout with COVID-19 and how the drug cocktail with hydroxychloroquine and the antibiotic azithromycin saved his life.

In a 42-minute interview posted to the church's YouTube channel on April 14, Bernard thanked everyone around the world for their prayers for his recovery and said at the time, he "was in a very dark place" after he fell ill from the coronavirus.

The pastor explained the virus caused him to have a very high fever and for a time, he was having hallucinations. It got so bad, he said, that he didn't know whether he was awake or asleep. "You're not sure where you are, and you're coming and going," he recalls.

Bernard said he was tested for the virus, but his test results didn't come back for days. He had all of the symptoms of COVID-19 – fever, tremors, chills, coughing, shortness of breath – plus he had a pre-existing lung condition, so his doctors decided to begin treating him.

Even as doctors were giving him medications to keep his lungs open, Dr. Bernard says he began experiencing hallucinations, disorientation, anxiety, and fear. Eventually, they resorted to trying the drug hydroxychloroquine, even though it hasn't been scientifically studied for this coronavirus.

"So they started treating me with the hydroxychloroquine, which is for malaria and lupus. And they started to treat me with azythromycin, which is an antibiotic, and they also began to give me shots in my stomach of an anti-coagulant," the pastor noted. "Another way that people were dying so quickly is because the virus would create blood clots that would quickly go through the lungs, and of course, affect the heart. So they were wondering why people were dying overnight and it's because of that."

The pastor pointed out his doctors were using the same drugs that the president brought up in his White House briefings, but New York Gov. Cuomo and others were saying, 'this is not proven, this evidence is anecdotal. It's stories'.

"But they really didn't have a choice," Bernard said. "My life was on the line. It's a 50-50 proposition, because either you treat it in a way that your body can build up resistance and antibodies against it or it's just going to get worse."

"They chose to go ahead and make that decision, and it worked," he added. "Within 24 hours, I begin to see dramatic change. Within 36 hours, I'm watching changes taking place in me. The fever going down. I'm able to breathe. They're giving me other medications as well, but that took me through the process."

Bernard explained he was looking into the abyss. He was in a very "dark place" emotionally, psychologically, and spiritually that he would not wish on anyone.

"For me personally, I simply abandoned myself to God's providence," he said. "I'm good with that and that was a place of rest."

"I thank God for being alive," he said. "I thank God for the whole theme of resurrection, a new life, a new beginning, for life triumphing over death. Good stuff is to be celebrated."

Bernard also noted the enormous loss of life in New York state as a result of the pandemic, including friends, family members, colleagues, elected officials, and especially those on the frontline, including healthcare workers and first responders.