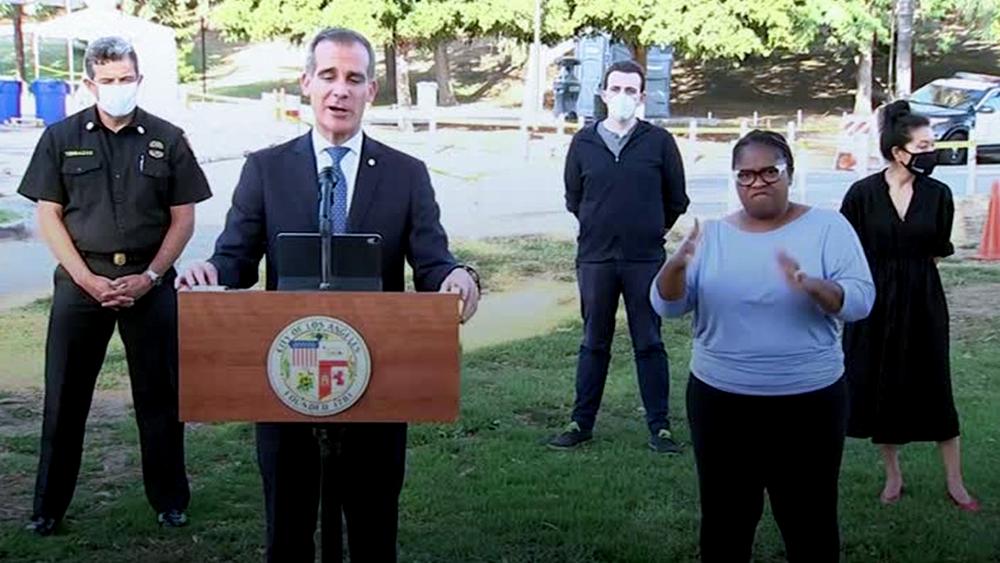 Cities like Los Angeles are cracking down on large gatherings where people are not wearing masks or social distancing.

Beginning Friday night, police can ask the city's Department of Water and Power to shut off service to houses and businesses hosting parties, within 48 hours.

With bars closed in town, "these large house parties have essentially become nightclubs in the hills" and they can become "superspreaders" of COVID-19, Garcetti said.

Garcetti specifically mentioned a gathering Monday night at a mansion where hundreds of people gathered without masks or social distancing. The party ended in a shooting that killed a woman and wounded two other people.

When asked about the legal standing for his action Garcetti said, "You're breaking the law. Just as we can shut down bars breaking alcohol laws... in places that are in criminal violations, we can shut them down."

And in New York City, Mayor Bill de Blasio has announced checkpoints at bridges and tunnels, to make sure people coming in from states on the hotspot list comply with the 14-day quarantine rules.

The travelers will be given a health form to complete so that contact tracers can follow up and make sure they are quarantining, the mayor said.

Travelers who refuse to fill out the travel form could be fined up to $2,000.

Thirty-four states plus Puerto Rico are on New York state's quarantine list because of high rates of coronavirus infection. The random check system de Blasio described is similar to what is already in place at airports.

Meanwhile, in Radford, Virginia, the City Council there passed a modified ordinance that police will be able to enforce on groups of people over 50, according to WDBJ-TV.  The council was responding to the expected return of students to the Radford University campus for the fall semester.

The population of the city doubles when students return in the fall, according to the television station.

Under the city ordinance, if you're the host of the party, you could be fined $300 plus court fees. If you attended the gathering and didn't disperse after being asked by an officer, that could be up to a $150 fine plus court fees.