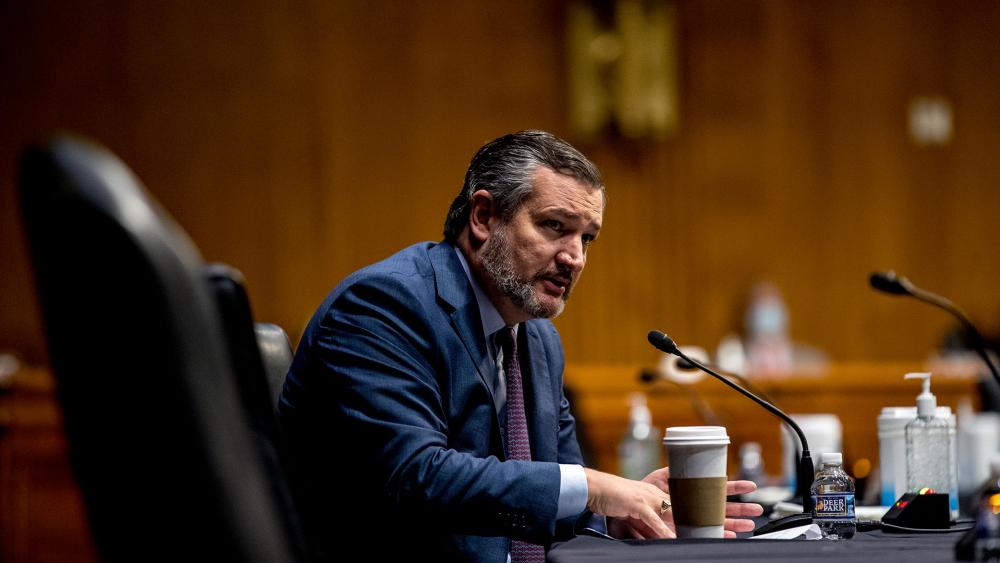 Sen. Ted Cruz (R-TX) has sent a follow-up letter to Defense Secretary Mark Esper raising his concerns about "religious discrimination" in the Department of Defense (DOD) and how the department should address "its culture of hostility towards religion."

"The Department must do better. It must take affirmative steps to stop those in its ranks from targeting religious individuals and violating the United States Constitution," Cruz said in the letter, according to Fox News.

The Texas senator specifically asked about the case of Christian Air Force veteran Jay Lorenzen, who was scheduled to speak at an annual training event for Marine Corps (USMC) JAG reservists last month. Lorenzen's presentation was canceled after the Military Religious Freedom Foundation (MRFF) voiced its reservist clients' concerns that Lt. Col. Lorenzen's comments would be influenced by his beliefs.

Lorenzen was scheduled to make three presentations on leadership at the training event.

In the letter, Cruz reminded Esper the Constitution protects the "free exercise" of religion.

"The Department must do better," Cruz added. "It must take affirmative steps to stop those in its ranks from targeting religious individuals and violating the United States Constitution. Our brave servicemen and women deserve to have their religious and spiritual needs met without fear that their faith will subject them to special burdens."

First Liberty Institute, which represents a JAG reservist opposed to the cancellation, told Fox News that Lorenzen wouldn't have included religious elements in his talk. Lorenzen himself has declined to comment on the situation.

"We are grateful for Sen. Cruz's tireless defense of religious liberty and his dedication to our service members," First Liberty Special Counsel Jeremy Dys said on Monday. "He is due an answer for why the Department of Defense appears to be  'vetting' speakers according to their religion. No one should be canceled because of their religious beliefs."

In his letter, Cruz also asked Esper to provide him with the answers to the following three questions by Monday, Aug. 10.

1.  What actions, if any, the Department has taken in response to the June 9, 2020 letter urging the Department to implement the religious liberty training program that Congress has mandated?

2.  What actions, if any, the Department has taken to discipline the individual who unlawfully prohibited Lt. Col. (Ret.) Lorenzen from leading the Gettysburg discussion because of his faith?

3.  What other actions, if any, is the Department taking to address its culture of hostility towards religion?

In his first letter to the Defense secretary in June, Cruz asked Esper to comply with the religious freedom mandates of the Constitution and to issue clear guidance protecting religious freedom within the Department.

That same month, the Texas senator also called out the MRFF as a group "waging a campaign against the chaplaincy, and frankly, against religious freedom in the military generally."

MRFF President Michael Weinstein maintains that many JAGs complained to him about Lorenzen and that he "represents just under 70,000 active-duty sailors, soldiers, Marines, airmen, cadets, midshipmen, DoD civilian personnel, and veterans."