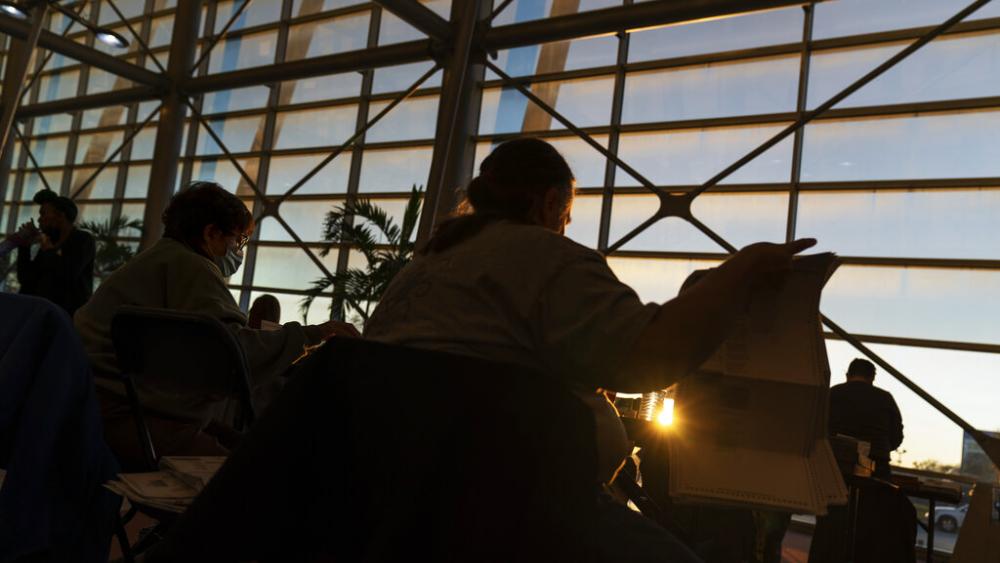 After a six-hour legislative hearing into the November general election, the Arizona Senate has announced it will issue subpoenas to investigate and audit ballot-counting machines in Maricopa County, the most populous county in the state.

AZMirror.com reports the state's Senate Judiciary Committee heard testimony from several witnesses Monday who testified there was no evidence of fraud. "I want voters to be 100% confident, to be as confident as I am in this process," said Scott Jarrett, the county's elections director.

But the chairman of the committee, State Sen. Eddie Farnsworth (R-Gilbert) said subpoenas would be issued requiring the Dominion Voting Systems machines and their software to be audited.

The subpoenas will "ensure that at least the legislature has a process in place" to vet the "veracity" of the 2020 election, he said.

Even though there was some disagreement among state officials if the state legislature has the authority to order such an audit, county officials may green light an audit as well as a hand recount of the 2.1 million votes that were cast.

County officials said an audit of the machines and a recount of the ballots cannot be completed until litigation is completed, which could come later this week.

Meanwhile in Michigan, a forensic team of auditors has found one Dominion Voting System used by Antrim County for the Nov. 3 general election had a 68 percent error rate.

The auditors were the personnel of Allied Security Operations Group, whose team included members with backgrounds in the military, Secret Service, intelligence, NASA, and other fields.

In a report released Monday, the team said, "The system intentionally generates an enormously high number of ballot errors. The electronic ballots are then transferred for adjudication. The intentional errors lead to bulk adjudication of ballots with no oversight, no transparency, and no audit trail. This leads to voter or election fraud," the report noted.

"Based on our study, we conclude that The Dominion Voting System should not be used in Michigan. We further conclude that the results of Antrim County should not have been certified," the report continued.

The auditors found a very high error rate and say the system is flawed.

"The tabulation log for the forensic examination of the server for Antrim County from December 6, 2020 consists of 15,676 individual events, of which 10,667 or 68.05% of the events were recorded errors. These errors resulted in overall tabulation errors or ballots being sent to adjudication. This high error rates proves the Dominion Voting System is flawed and does not meet state or federal election laws," the report said.

As a result of the forensic team's findings, the non-partisan Amistad Project of the non-profit Thomas More Society has announced it's demanding the preservation of evidence in five key swing states, which was approved for release by 13th Circuit Judge Kevin Elsenheimer.

"We're filing in all swing states a demand that judges step in and preserve evidence to avoid it from being destroyed or spoiled by the intentional or reckless acts of executive officials," said Phill Kline, director of the Amistad Project, which has previously filed election litigation in Arizona, Georgia, Michigan, Pennsylvania, and Wisconsin.

"The error rate detailed in this report has implications for every state where we have litigation, and it comes on a day when officials are blocking legislators from having their say about elections in their states," Kline said. "This joins with other compelling evidence that the elections in these states cannot be certified under the law."

The Michigan Bureau of Election had issued a memorandum on December 1 instructing election clerks that electronic poll book files must be deleted from all laptops and flash drives. The Amistad Project is asking judges in all swing states to issue emergency orders preventing state and local officials from destroying such evidence.