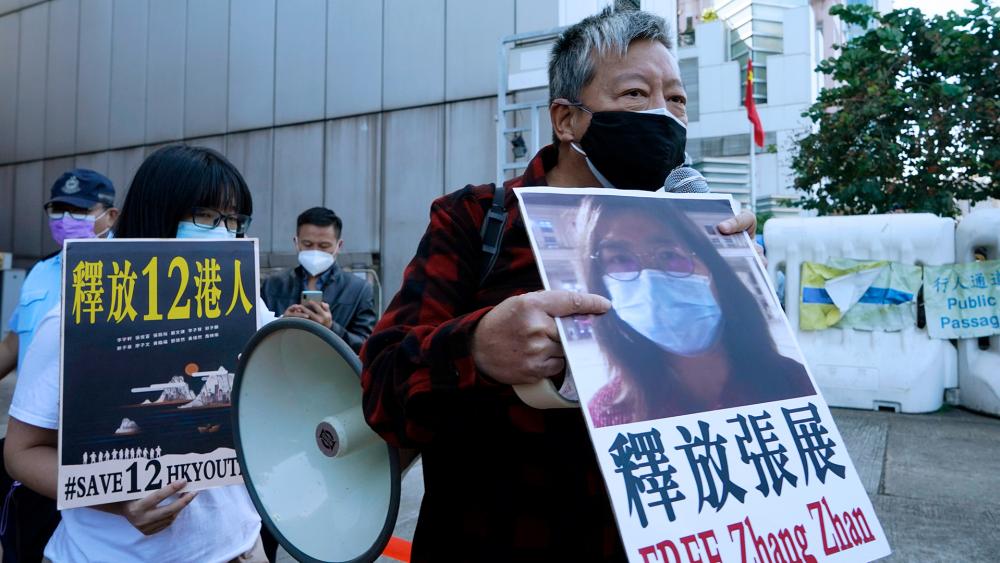 Zhang Zhan, a 37-year-old Christian journalist in China, has been sentenced to four years in prison in Shanghai due to her reporting of the coronavirus outbreak in Wuhan, the epicenter of the viral spread that sparked the ongoing pandemic.

The citizen-reporter was found guilty Monday by the Shanghai Pudong New Area People’s Court of “picking quarrels and provoking trouble,” according to a report from Reuters.

“I don’t understand,” said Shao Wenxia, Zhang’s mother, who attended the trial. “All she did was say a few true words and, for that, she got four years.”

The journalist’s attorney, Zhang Keke, said his client “attended the trial in a wheelchair and was in poor health, adding, “She did not immediately say if she would appeal [against the sentence].”

“[During the trial], the prosecutor only read out the list of evidence, without showing most of it, including the core evidence,” Zhang Keke explained via social media after the trial. “Zhang Zhan said citizens’ speech should not be censored. But, apart from that, she basically did not speak.”

Zhang Zhan, who is devoutly Christian, was one of the few Chinese reporters to travel to Wuhan to report on the conditions of those suffering from COVID-19 infections as well as the overly harsh lockdowns implemented by the communist country’s government.

In the final video she posted in May, Zhang Zhan said, “The government’s way of managing this city has just been intimidation and threats. This is truly the tragedy of this country.”

Faithwire: Combating a Confused Culture in 2021

The young reporter stopped commenting publicly and began a hunger strike in late June. By December, she was suffering headaches, giddiness, stomach pains, a throat infection, and had low blood pressure.

Nevertheless, Zhang Zhan, who tried to advocate for relatives who lost loved ones to COVID-19, stood her ground, confident her reporting was God’s calling for her life.

“I warned her about going to Wuhan when everyone else was trying to leave,” said Zhang Zhan’s friend Li Dawei, a fellow lawyer. “She is a staunch Christian and said it was God’s will. She had to do this and tell everyone the truth.”

When one of her attorneys visited her in detention, Zhang Zhan reportedly said she wished she had a Bible and quoted 1 Corinthians 10:13, in which the apostle Paul said, “God is faithful. He will not allow the temptation to be more than you can stand. When you are tempted, He will show you a way out so that you can endure.”

Please keep Zhang Zhan and her family in your prayers.