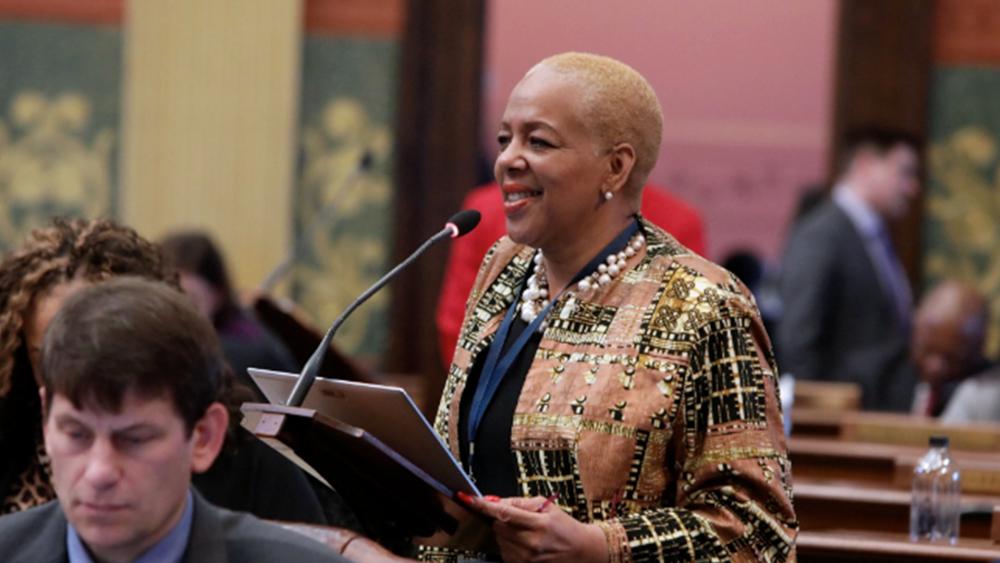 Michigan state Rep. Cynthia Johnson, a Democrat, was removed from her committees Wednesday after she issued a chilling threat to those who support President Donald Trump.

Michigan Democratic State Rep. Cynthia Johnson threatened @realDonaldTrump supporters in a Facebook live video Tuesday, saying it is a warning message to those who support the president.

“So this is just a warning to you Trumpers,” she said. “Be careful, walk lightly, we ain’t playing with you. Enough of the shenanigans. Enough is enough. And for those of you who are soldiers, you know how to do it. Do it right, be in order, make them pay.”

Earlier in the video, she said: “I wish I could be talking to y’all in a private room because, uh, I just wish I could, but we’re public, so.” Johnson also told “soldiers” to hit conservatives “in the pocketbook,” though she failed to explain what she meant.

"Threats to either Democrats or Republicans are unacceptable and un-American. They’re even more unbecoming of an elected official. Rep. Johnson has been removed from her committee assignments, and we are looking into further disciplinary action as the proper authorities conduct their own investigations.

We have been consistent in our position on this — violence and intimidation is never appropriate in politics. We have said that about threats against Gov. [Gretchen] Whitmer, Secretary [Jocelyn] Benson, Rep. Johnson herself, and others. That applies to threats made toward public officials, and it must also apply when the threats come from public officials. Behavior like this will not be tolerated this term or next."

Laura Cox, chair of the Michigan GOP, said she is “incredibly disturbed” by Johnson’s inflammatory comments, adding it’s “reprehensible” she would “incite people to violence.”

“It was distressing to know that Rep. Johnson received threats after last week’s hearing, however, by issuing threats of violence of her own against the supporters of President Trump, she has sunk to the same level as the unhinged individuals who threatened her.”

Cox went on to demand Whitmer, a Democrat, and other leftist politicians “condemn” Johnson’s threats against conservatives.