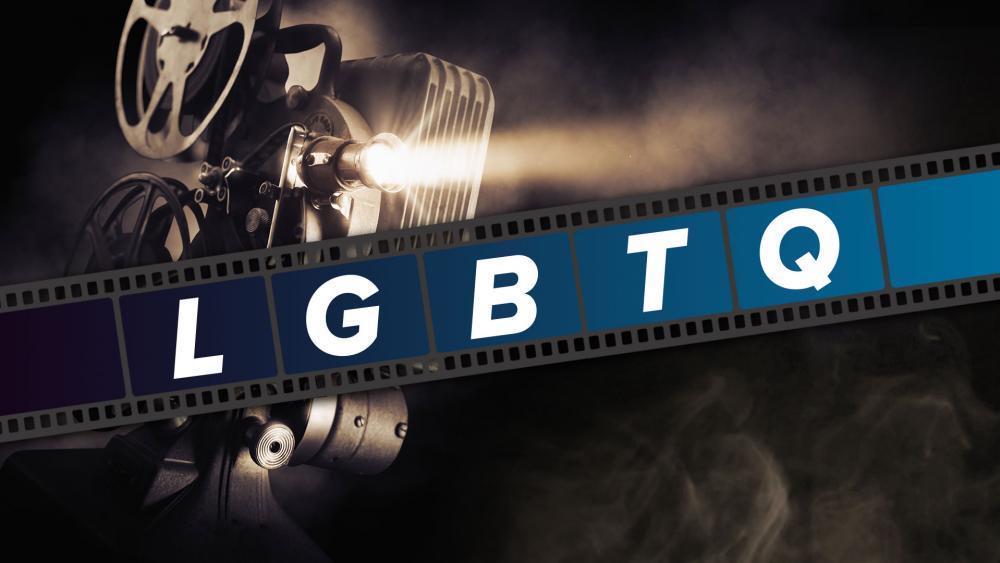 American pop culture is steadily being inundated with pro-LGBT messages, and Marvel's first gay kiss, HGTV's "throuple" house, and Rep. Alexandria Ocasio-Cortez pledging "allegiance to the drag" are just a few of the latest shocking examples.

Marvel is pushing the gay agenda with a same-sex onscreen kiss in its highly anticipated film "The Eternals" hitting theaters this fall. The movie and its blatant LGBT moment are expected to hit a wide audience - People Magazine is already calling it a "blockbuster" nine months before it's even released.

The movie will feature a homosexual marriage with a character named Phastos who is Marvel's first openly gay superhero.

"It's a beautiful, very moving kiss," actor Haaz Sleiman told NewNowNext. "Everyone cried on set. For me, it's very important to show how loving and beautiful a queer family can be."

Kevin Feige, president of Marvel Studios, confirmed his company's move last month at an event at the New York Film Academy when he answered a student's question about plans to add LGBTQ characters of the Marvel Universe.

The LGBT agenda is also coming to your home via one of the most popular how-to television networks in the country. HGTV has announced the first "throuple" to be introduced into its "House Hunters" series. A husband and wife who are married with two kids also have a relationship with another woman who they met in a bar.

Deadline reports the couple and the woman have been living together for the past four years. They all go to Colorado Springs, Colo. to find a house together after a "commitment ceremony" in Aruba.

Some users responded to the article with pushback against having such a lifestyle crammed "down their throats."

One anonymous user replied to the Deadline story this way:  "Yep…we saw it and changed it. We will stop watching HGTV if they continue to cram their sexual proclivities down our throat."

Another user name Brad also responded: "Why the insistent of shoving and flaunting people's sex lives down our throats. Great – your bi. Don't care. Thank God DIY is about to be taken over by Chip and Joanna. Maybe some of the normal HGTV personalities will make the move over to DIY."

Writing from Cyprus, J.E. Cowart wrote: "My wife and I are Americans living on the island of Cyprus. HGTV is one of our very few pleasures from home. My wife found this 'Trouples' episode so disturbing she asked we turn it off. We agree with previous comments that the episode reflects on the deteriorating morals of our country, our American culture, and society. If HGTV sees fit to process in this manner, we also will discontinue as viewers. There is a quote known to some regarding tomes as these: 'In those days there was no king in Israel. Everyone did what was pleasing in his own eyes.' We are so sorry for this."

Meanwhile, Rep. Alexandria Ocasio-Cortez (D-NY) has announced she will be a guest judge on "Rupal's Drag Race" -  a show about drag queens.

The New York Post reports the series pits 13 cross-dressing contestants against each other in the search of "America's Next Drag Superstar."

This was absolutely, 100% a peak experience.

I am SO excited for the new season. Thank you @RuPaulsDragRace for having me!#YouBettaVote ️https://t.co/yuD2y7nNw9

The New York congresswoman is not the first politician to show up on the series. House Speaker Nancy Pelosi (D-CA) was a guest judge in a 2018 episode of "RuPaul's Drag Race All Stars" according to several sources.

In an email to CBN News, Dan Gainor, the vice president of business and culture for the Media Research Center wrote: "It's no secret that Hollywood manipulates media to push a left-wing agenda. Sometimes it's more obvious than others. The "throuple house" story shows that there is no limit to what the Left Coast will try to normalize. To Hollywood, the only abnormal lifestyles are traditional families with a husband, a wife and kids who also believe in God."

"For everyone else, anything goes and the more depraved, the better," he continued.

More and more, America's pop culture is embracing and glorifying behaviors that were once considered sinful and shameful. The Bible has a few things to say about this, and perhaps it's best to just let these verses stand on their own:

"Woe to those who call evil good and good evil, who put darkness for light and light for darkness..." - Isaiah 5:20

"And this is the judgment: the light has come into the world, and people loved the darkness rather than the light because their works were evil." - John 3:19