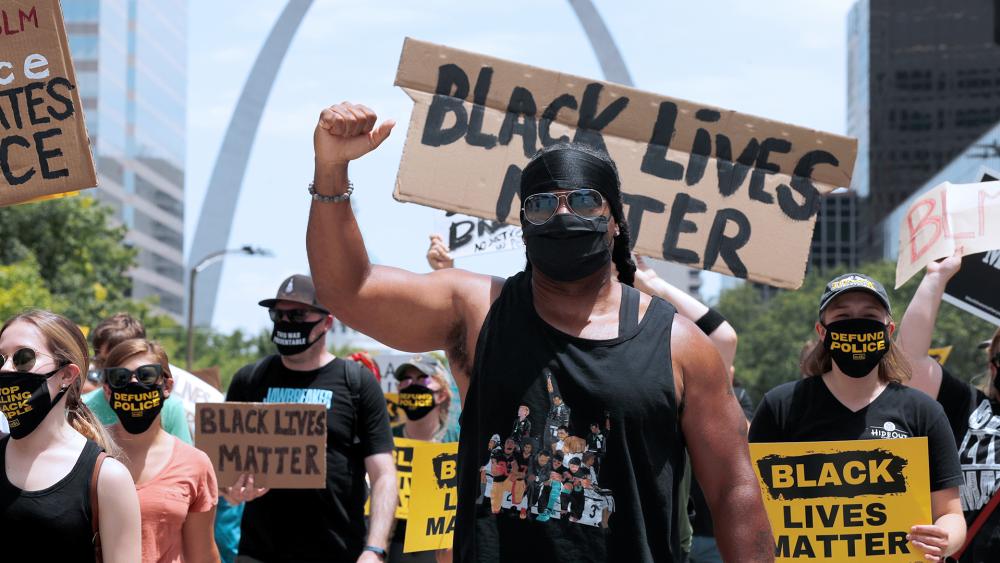 Several videos posted to social media show both black and white churchgoers being verbally harassed and assaulted outside of the Grace Baptist Church in Troy, New York.

The Daily Wire reports the group of protesters frequently shouted "Black Lives Matter" as they used several megaphones to scream at families with small children while going up the church's front steps. The harassment has continued at the church building since the end of June, according to reports.

The congregation's leadership has had to ask men from their church family to help escort members inside their facility as they have been blocked by protesters.

In a video posted to Twitter on July 3, the harassment by protestors can clearly be seen. Several men from the church even have to stand in a line to keep the group from entering.

These young children were more mature than the thugs berating them and their mother as they walked into church.

In another video, a church member attempts to go up the church steps but is assaulted by protesters. The church's pastor jumps into the fray and was apparently assaulted, according to The Daily Wire. " How's your head feel, pastor?" one protestor taunted.

It was initially unclear why the protesters concentrated their efforts on the church. According to various media reports, Grace Baptist gave away an AR-15 rifle as a prize in a church raffle last month. In the videos posted to social media, the protesters have called the church members "racist" but do not mention the AR-15 raffle.

UPDATE: Since the news broke about the violent behavior by activists against the church, it has been revealed that the church has taught controversial things and made inflammatory statements, including a shocking sermon entitled "Blacks are cursed." The Activist Mommy broke this update - you can find her analysis here.