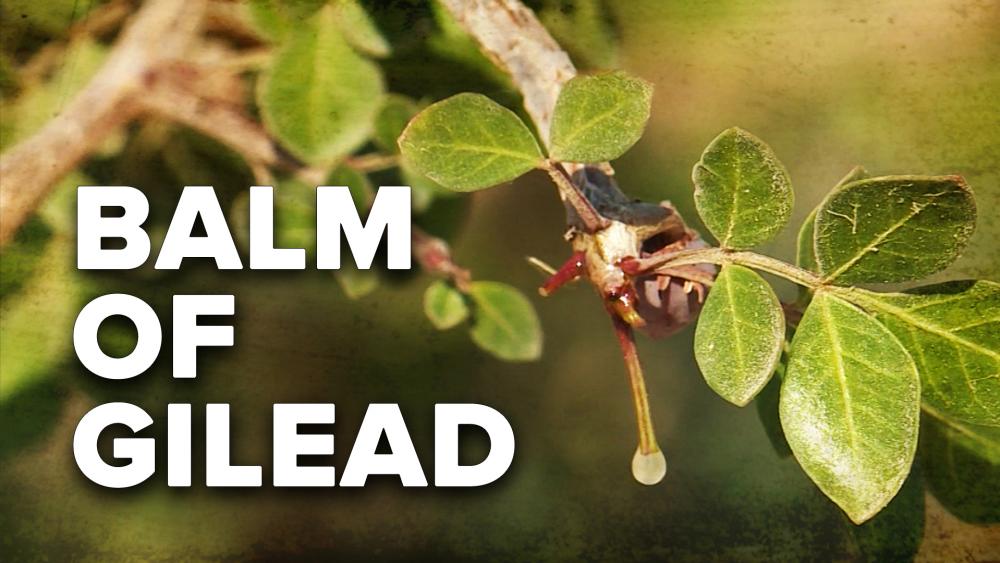 Uncover the world of Israeli innovation as CBN News brings you our top stories showcasing the Jewish State's most important technological advancements. Come here Mondays and Wednesdays for a new story about how Israel is changing the world through science and innovation.

The Bible speaks of the Balm of Gilead.  It was a real plant in the ancient holy land, used in medicine and cosmetics, and even for worship in the Jewish temple.  Now, a modern-day Israeli farmer is reviving that biblical agriculture, along with frankincense and myrrh.

Believe it or not, a big part of Israel’s agriculture takes place in the desert and as you'll see Israeli farmers must constantly find new ways to grow better quality produce and increase their harvest.

Israel is pushing forward on many fronts to take care of its future energy needs.  While some companies search for oil and natural gas, there’s also progress in the field of renewable energy.

Watch and see how Israelis are working to make water flow in the desert.

Two Israeli scientists believe they could soon have a cure for all cancer based on the same strategy used to combat HIV/AIDS.

Tikun Olam – repairing the world. That’s the mission of an Israeli organization that is restoring abilities to wounded veterans and others helping them return to the things they love.

We take you inside Israel's first attempt to land on the moon last year. While it was a failure, it still represents the epitome of Israel as the start up nation.

Israel is one of the most advanced countries in the world in cybersecurity. We show you how experts here are preparing for a potential future cyber war.

Israel is one of the global leaders in incorporating new technology to the battlefield.  Recently, the Israel defense forces announced a breakthrough in the use of laser technology that could change warfare as we know it.

In the past few years, drone technology has changed the landscape of modern military warfare. While most attention has been on deadly airstrikes, the Israeli military is using drones to save lives and win the public relations battle against their enemies.

An Israeli innovation in the medical field could revolutionize stem cell research.  This innovation would increase stem cell production, and that could put patients around the world in touch with life-saving treatments.

We’ve been introducing you to Israel’s groundbreaking technology in our series. And you can see why Israel is described as the start-up nation.  Much of that technology is together each year in one place and shows how Israel is changing the world.

An Israeli company leading in the development of technology for driverless cars has reached a deal with one of the world's biggest hi-tech companies.  The multi-billion-dollar deal is the largest of its kind in Israel’s history.

Imagine an engine that produces more power with less energy.  That's the revolutionary concept behind a new engine conceived and built in Israel.

What if you could get clean drinking water from thin air?  While it might sound like a magic trick or science fiction, one Israeli company has made it possible.  And this groundbreaking development could be a solution to the world’s water crisis.

Could a simple drug, on the market for decades, successfully treat COVI-19? An Israeli research team believes so because of a significant breakthrough in understanding how the coronavirus reproduces in the lungs.

Meet the Israelis working hard to purify air during the COVID-19 crisis.

Israeli company creates anti-viral masks that are more than shields - they're weapons.

How this advanced hand-washing station is killing COVID

Coronavirus Vaccine is 4 years ahead of it's time