650 Cases Out of 3 Million: The NY Times Falsely Accuses Churches as 'Major Source' of COVID-19 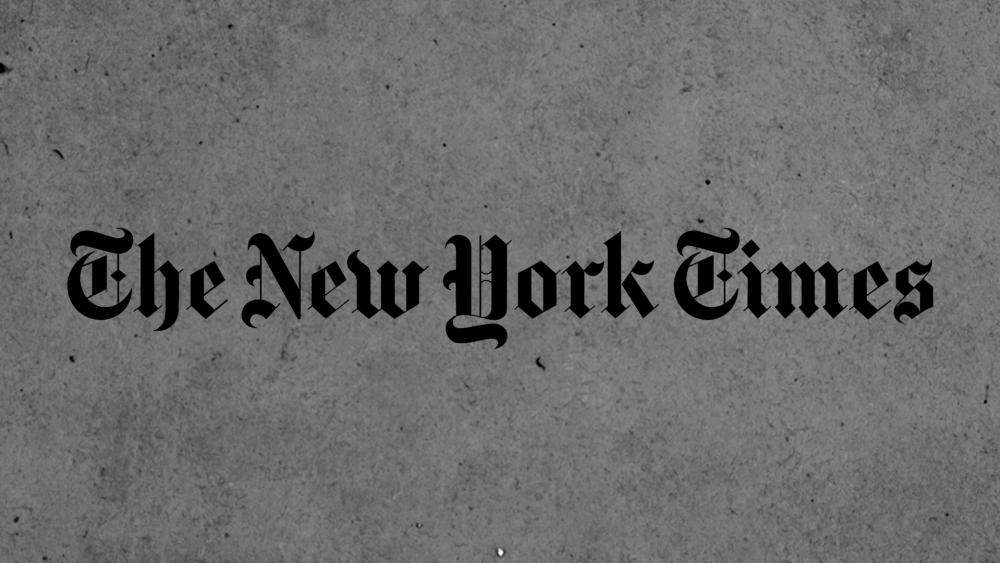 ABOVE:  Dr. Ed Stetzer, the Billy Graham chair of church, mission, and evangelism at Wheaton College, appeared on Thursday's afternoon edition of CBN's Newswatch, to talk about the recent New York Times article claiming Sunday worship services are a "major source" of COVID-19 cases. Newswatch is seen weekdays on the CBN News Channel.

After finding 40 churches connected to around 650 cases of the coronavirus, The New York Times is calling Sunday worship services “a major source” of COVID-19 cases.

“The virus has infiltrated Sunday sermons, meetings of ministers and Christian youth camps in Colorado and Missouri,” reads the Times piece. “It has struck churches that reopened cautiously with face masks and social distancing in the pews, as well as some that defied lockdowns and refused to heed new limits on numbers of worshipers.”

The story does, of course, link to legitimate cases — like Calvary Chapel in San Antonio, where around 50 congregants and staffers have come down with mild coronavirus infections, and Kanakuk Kamps in Missouri, which has been hit with more than 80 cases of COVID-19. The most heartbreaking case included in the Times article is that of Carsyn Davis, a Fort Myers, Florida, high schooler who, suffering from asthma and a rare neurological disorder, passed away after being infected with the coronavirus. The authors of the piece, though, then extrapolate that those anecdotal instances are proof churches are spreading the virus nationwide in disproportionate numbers.

Hershael York, dean of the Southern Baptist Theological Seminary’s School of Theology and pastor of Buck Run Baptist Church in Frankfort, Kentucky, asked, “How many 1000s of churches are meeting now? And the [Times] finds 650 cases linked to only 40 religious institutions … and that’s a ‘major source?’” He then asked about the press’ apparent “relentless obsession with churches.”

How many 1000's of churches are meeting now? And the @nytimes finds 650 cases linked to only 40 religious institutions . . . and that is a "major source". Let's put the stats in context, folks! Why this relentless obsession with churches? https://t.co/xYGxVWDa3h

Dan Darling, a Christian author and the senior vice president of the National Religious Broadcasters Association, argued the Times article “completely missed the point that churches voluntarily shut down for months” and there “wasn’t a ‘rush to open,’” as pastors “spent weeks creating complicated phases.”

Ed Stetzer, a church planter and a professor at Wheaton College, pointed out there are three million confirmed COVID-19 cases in the U.S. and criticized the Times piece as “odd” for using 650 of those cases to suggest churches are a “major source” of viral spread.

As one who has strongly advocated for churches to take Covid seriously, and whose church is not yet meeting, this article is odd.

Writer and Baptist preacher Alan Cross similarly rebuked the Times for its article, saying the reporting is “inaccurate” and “makes no sense.”

Inaccurate article from the @nytimes. Over 3 million known cases and 600 from 40 churches is a “major source”? That makes no sense. https://t.co/BUx9mODc46

One pastor who spoke with the Times, Dan Satterwhite of Lighthouse Church in Pendleton, Oregon, told the newspaper the press has spent a disproportionate amount of time focusing on churches, while businesses that have served to spread the coronavirus have not received anywhere near the same kind of scrutiny from the media.

“I think that there is an effort on the part of some to us things like this to try to shut churches down,” he told the Times, adding that he appreciated President Donald Trump’s decision in late May to call churches “essential.”

The piece from the Times comes not long after California Gov. Gavin Newsom (D) signed an executive order prohibiting singing in churches, as doing so could exponentially spread the virus, according to the Centers for Disease Control and Prevention.

Newsom’s order decrees churches “must therefore discontinue singing and chanting activities and limit indoor attendance to 25% of building capacity or a maximum of 100 attendees, whichever is lower.”

Explaining the reasoning behind the decision, the governor’s order notes “singing and chanting negate the risk reduction achieved through six feet of physical distancing.”

The CDC initially issued a warning against singing in March, but deleted the directive in May after facing criticism. Some medical experts and scientists criticized the CDC for removing the warning, arguing singing does, in fact, spread the illness. Then, in June, amid Black Lives Matter protests and riots, the CDC said people participating in events including singing or chanting should wear cloth face masks.

I publicly commended the governor of California for his initial response to this pandemic. As a member of the national COVID-19 recovery commission, I affirm the CDC recommendations. However, I believe Newsom’s order regarding singing is completely discriminatory. How can you permit, not for one day, but for many days, tens of thousands to march in protest without wearing masks and then demand that 100 worshipers refrain from singing? The coronavirus task force reported in the past 48 hours that one of the primary reasons many states, including California, are experiencing a spike is directly related to the protests and marches (not church gatherings). What is next? What else will the governor demand from the church in the name of COVID-19? We are what we tolerate. Again, I believe the governor of California did a very good job in the beginning of this pandemic saving many lives. However, this is wrong. BTW; My family marched and protested peacefully alongside our brothers and sisters. This is not an either or political issue. This is about our God-given rights. #inalienablerights

“How can you permit, not for one day, but for many days, tens of thousands to march in protest without wearing masks and then demand that 100 worshipers refrain from singing?” asked Rodriguez, who participated in peaceful demonstrations.

“The coronavirus task force reported in the past 48 hours that one of the primary reasons many states, including California, are experiencing a spike is directly related to the protests and marches (not church gatherings),” he continued. “What is next? What else will the governor demand from the church int he name of COVID-19? We are what we tolerate.” 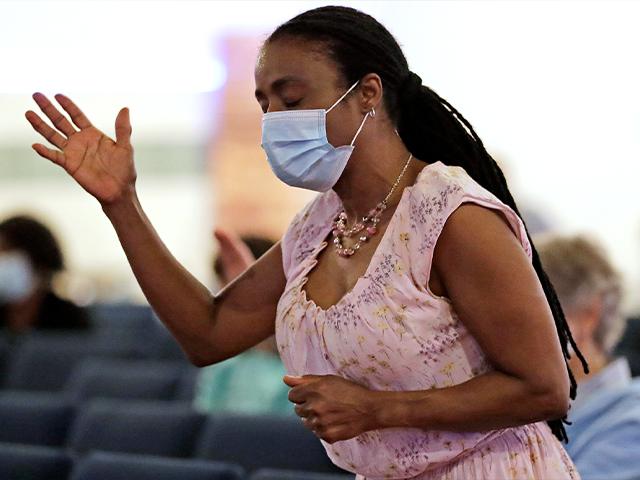