GEN. JERRY BOYKIN: In These Troubled Times, Where are the Men? 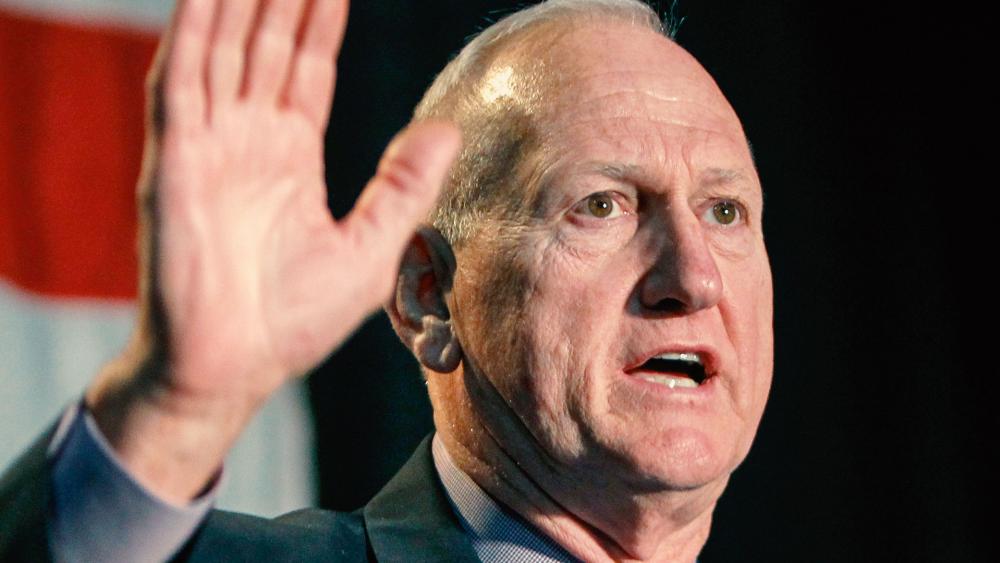 On May 25, 2020, I watched the beginning of a great American tragedy. As the nation began to open up after the long COVID-19 lock-down a horrifying incident involving a rogue cop took the life of a 46-year-old African-American man named George Floyd. Three other officers watched and did nothing. And chaos erupted nationwide.

As I watched these events unfold, with abandoned police stations, burned-out business, frenzied rampaging, looting, vandalism, and more death, one question kept repeating itself in my mind: Where are the men?

Were they hiding behind some “cause” or misguided notion that the situation was none of their business? Were they simply going along with the crowd, with no sense of right and wrong? When did men stop providing protection, guarding defenseless victims, and taking responsibility for their communities?

I can’t help but question whether radical feminist grievances about “toxic masculinity” have caused men to stop fulfilling their God-given roles in our society. Along similar lines, as I watched that tide of angry young men shattering glass, stealing and looting, I wondered just how many of them grew up in fatherless homes.

Tragically, in today’s America, too many children are born never knowing who their father is. Others see their daddy pack up and leave while they are still young kids; they grieve for him and miss him terribly. Some fathers are in jail; others are addicted; still, others are too busy making money to be bothered with their own sons and daughters.

There are so many fatherless families and everyone is a tragedy.

As a Christian, I believe that the Bible – from Joshua to Jesus – provides a clear mandate for masculine roles and responsibilities. And thanks to my own devoted, loving father and to my military background, I’ve had exceptional opportunities both to be compliant and to command, to protect while sometimes paying the price, to be inspired and encouraged by those with whom I served.

But today too many boys have never in their lives been affirmed by men. They’ve had no man to set a proper example, to help establish values in the home, or to love and nurture them. Instead, they’re raised on the internet and by the violence of video games. If there had been more fathers who understood the importance of their role, and the power of a father’s blessing, I am convinced that could have prevented some of the tragedies we’re facing in today’s cities across America.

What could those fatherless boys have learned from a godly father about being a man?

It’s true that men and women are equal, but it is also true that they are unquestionably different. Once a young man understands that there is a uniquely God-given role for him to fulfill in his lifetime, that sacred role will likely soon become his transcendent cause.

And I believe that having a transcendent cause – including the distinct obligations and responsibilities being a man entails – will literally separate the men from the boys.

First of all, men are intended to be providers. This certainly includes financial responsibility for any others who rely on him. But it also includes the other forms of provision such as values, principles and vision, and direction. And perhaps above all else, being a provider means thinking of someone besides yourself.

Men are also meant to be instructors, mentors, and role-models to their families and their communities. A nation of “Sheep without shepherds” is another symptom of our present disorder. But real men are leaders, especially in chaotic situations. To borrow a military term, men are meant to be chaplains, offering wisdom and spiritual guidance in the home, school, office, and community.

At the same time, men are also supposed to be defenders – of course, this applies to protecting those closest to them, and those who cannot defend themselves. The Bible says, “Defend the weak and the fatherless, uphold the cause of the poor and the oppressed. Rescue the weak and the needy; deliver them from the hand of the wicked.”  Psalm 82:3-4 NIV

A real man will never stand by and watch while others are victimized or abused. The “bystander effect” is a sad product of our self-centered society. Worse yet is the pretense that participating in criminal activity, theft, and violence is an act of righteous defiance. NO! It is not.

Calling in the National Guard wouldn’t be necessary if men were doing their job.  It’s time men take up their biblical mandate, which has been ordained by their creator. That is their mission, no matter what their color, nationality, station in life, upbringing, or education. And I believe that once men step up and carry out their God-given role, a new vision can be cast and brought forth, restoring a civil and prosperous America for all.

Lt. Gen. (Ret.) William G. “Jerry” Boykin serves as Family Research Council’s executive vice president and is the author of Man to Man: Rediscovering Masculinity in a Challenging World. He spent 36 years in the Army, serving his last four years as deputy undersecretary for intelligence in the Department of Defense.