CBN News Asks President Trump: Did God Pick You 'For Such a Time as This'? 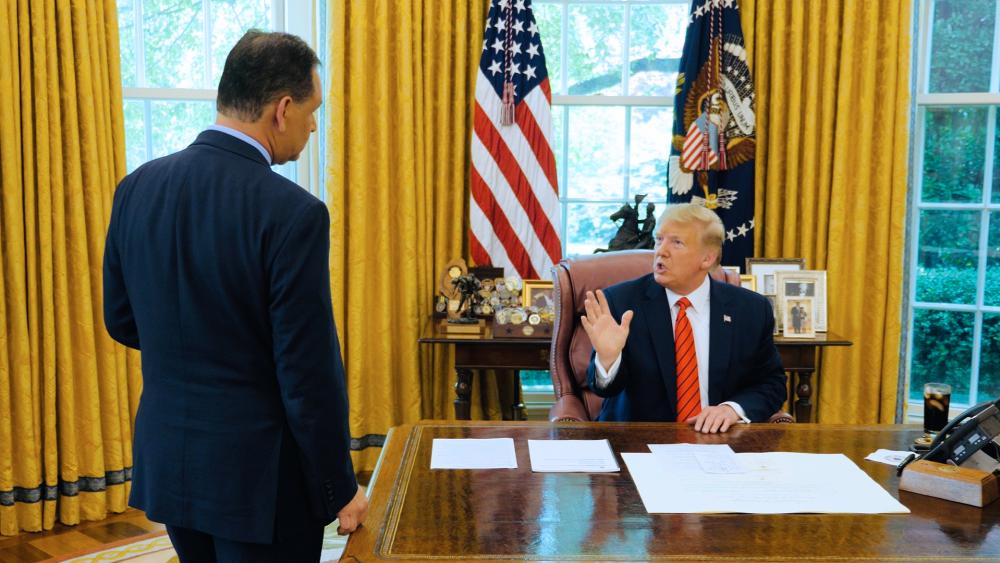 President Trump: Well, I don't know what they said.

President Trump: Okay. Because I have, Ben Carson said the same thing. You know, Ben Carson came to me because he ran a very effective campaign. And he did a good job. He really did. You know, he came in one of the top people. And he said to me, you know, you're gonna win. I said, Ben, I'm running against you. What are you telling me? He said you're going to win because God put you here for this occasion. I said, What a lovely thing to say. That was the first one that I heard from Ben Carson. And it was during the campaign, I was running against him, and he was saying, I'm gonna win. He's a very high-quality guy. He's done a great job in the administration.

David Brody: Do you buy that?

President Trump: I almost don't even want to think about it. Because you know what, all I'm gonna do is, I hope it's true. All I'm going to do is I'm going to do my best. And part of what I'm doing my best one is for the religious community beyond evangelical, evangelicals a very big part is very important to me. You know, we have great support. I was so honored when Franklin Graham said that his father voted for me. And that was something that Billy Graham has never announced, who he was voting for. But Franklin Graham said his father voted for me. He went public with it. As you know, to me that was a big moment because I have such respect for Franklin and for the family and Billy Graham is really great. Like when he said that his father, his last vote was for me and his father never announced who was voting for, would never talk about it. Now I think I have great I think I have great support. There's a lot of hidden support. People in our country that don't riot, don't protest, that don't you know, they work hard. They never had a voice into like, meaning over the last long period of time. We call them the Forgotten men and women, they would have forgotten. They were very successful. They were, they do a great job. They're smart, they have everything, but they were forgotten by the politicians. They showed up in 16. I think they're going to show up in larger numbers in 20.

Watch CBN News Chief Political Analyst David Brody's exclusive interview with President Trump Tuesday morning on The 700 Club. Check local listings.  Then at 11:00 am, come back to CBNNews.com or the CBN News YouTube Channel to watch the entire interview.