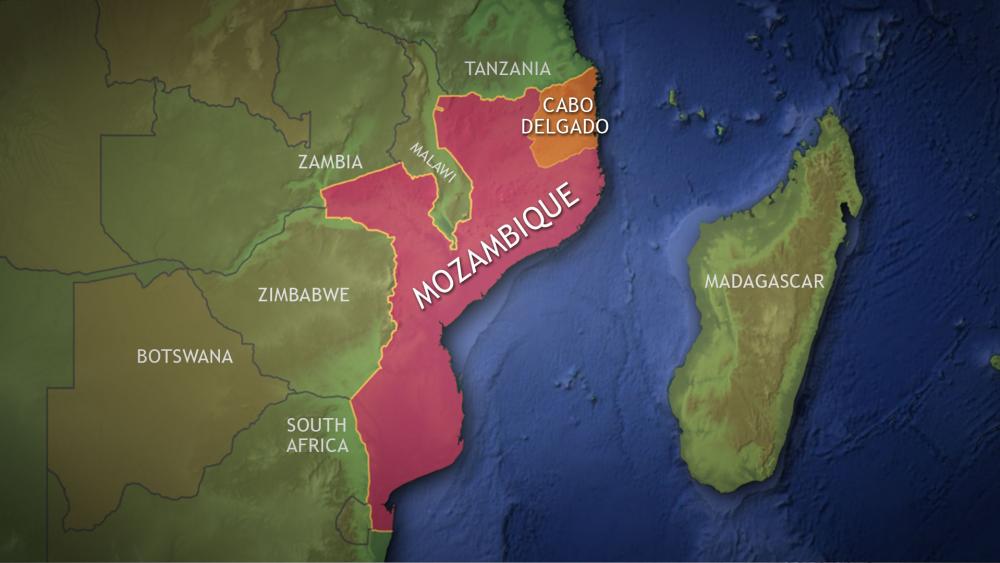 ISIS militants reportedly have murdered 50 people in a gruesome attack on several villages in the African coastal nation of Mozambique.

The victims were herded onto a soccer field in a northern village and then beheaded, according to eyewitness accounts reported by the state-owned Mozambique News Agency.

Local police also said scores of women and children were abducted in the attack and several homes were burned. Any villagers who tried to flee were captured and brutally murdered. The murders continued for almost three days.

"They burnt the houses then went after the population who had fled to the woods and started with their macabre actions," Bernardino Rafael, the head of Mozambique's police, told a press conference, according to The Times of London.

The militants shouted "Allahu Akbar" ("God is greatest") while firing their weapons and setting homes on fire, according to media reports.

Fighting erupted in the Cabo Delgado province of the country in 2017 after an armed group with ties to ISIS began carrying out deadly attacks there.

The unrest has led to the deaths of more than 2,000 people and displaced more than 430,000 in the mainly Muslim province, according to the BBC.

Even though the area is rich in energy products, the people who live there have seen little of the reported $60 billion made from the province's natural gas reserves. The extremists have used the ever-present poverty and unemployment to recruit young people in their quest to establish Islamic rule or a caliphate over the area.

Mozambique's government has asked for help from other nations in trying to put down the revolt. The government says its military needs specialized training before confronting the militants, the BBC reported.

But human rights groups also warn that government security forces are also to blame for torture and killings while trying to restrain the militants' activities in the province.