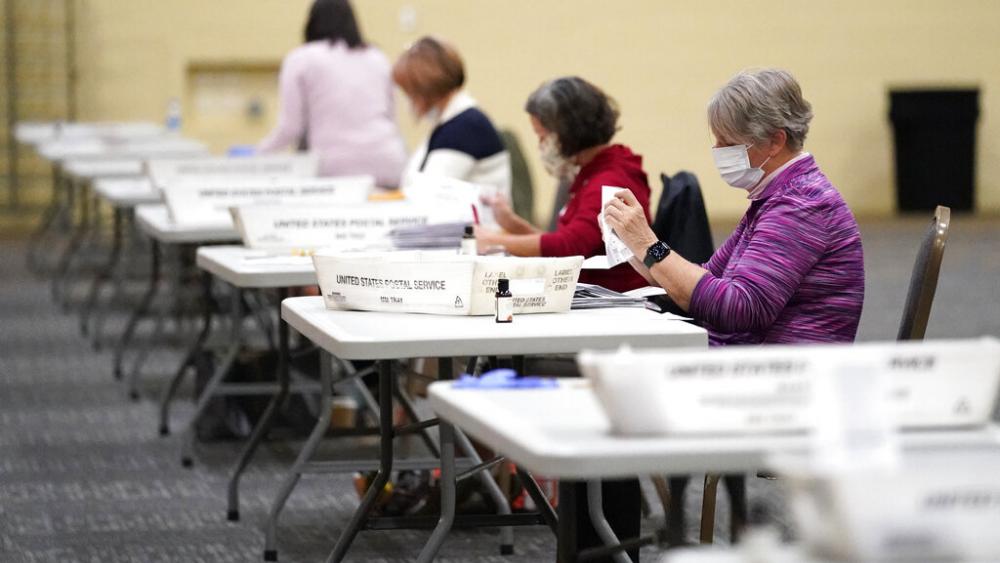 Elections in the United States of America are supposed to be sacred. After all, this is how Americans show the world how democracy is done – by free people, who bow to no dictator, king, or ruler.

Americans select their leaders in free and, most of all, fair elections.

If you listen to the establishment media, you've been told over and over again that there's been no voter fraud in 2020.

But making that claim without searching for truth doesn't resolve anything. One expert says searching for real answers is the only way to prove or disprove the fears of fraud that many Americans have. Even though claims of dead people voting may have some validity, data scientist Matt Braynard believes voting irregularities may be happening among the living, and that's what federal authorities should actually be investigating.

JustTheNews.com reports Braynard, who once worked in data for the Trump campaign in 2016, is now working on an independent project into potential voter fraud during the 2020 election. But he noted in his recent interview with John Solomon's podcast that it's "not just important because we might discover fraud, it's also important because if we don't discover fraud this is probably the only way we could remove the suspicion of fraud."

He told Solomon that his project is reaching out to people to see if they actually voted like the state said they did.

"We have many people who filed national change of address cards indicating they moved away to a different place, yet they are marked as having voted," Braynard said. "So we are going out and asking them to phone and text, 'Hey, Did you actually cast that ballot?' And we're already getting people back saying, 'No, I did not cast that ballot.' Now we have got to get those people to sign an affidavit. Now it becomes something actionable."

Braynard told JustTheNews.com that "there are 138,000 people in Georgia alone who filed national change of address cards from as many as five years ago, who have been marked as having voted."

One of the data scientist's next big programs is to contact the thousands of Republicans in Georgia who requested an absentee ballot but did not return it either by mail or by hand.

He said that if a large number of those voters say they did return a ballot, and they sign affidavits to the fact that "it raises a very big red flag" that could be presented in court.

You can listen to John Solomon's interview with Matt Braynard below:

In his commentary for TheNationalPulse.com, Steve Cortes, a Trump campaign adviser, also brings up some interesting points concerning the ballot counts in Pennsylvania and Georgia.

Former President Barack Obama is still a much-loved figure in the Democratic Party. He enjoys what some might call "rock star status" among the Democratic faithful. Known for his magnetic personality, Obama as a candidate left no stone unturned. His grassroots campaigning helped him to get out the vote and win two terms as president.

But Cortes raises a few questions that should be examined for the sake of election confidence. He says Biden ran a "lazy" campaign by comparison, asking could Biden "really have massively outpaced the vote totals of a politician who boasted rock star appeal?"

Another example comes from Georgia, "Why did so many Biden voters not pick a Senate candidate while Trump voters did?" the Trump adviser asked.

He also raises the question that voters in the Peach State apparently just wanted to vote for Biden, instead of also voting for Democratic candidates running for Senate.

"The Biden-only ballots do not conclusively prove fraud, but they sure reek of something very amiss," he wrote.

Some might reject Cortes' questions simply because he has an agenda in favor of Trump, while Braynard on the other hand is using research to pursue answers straight from the mouths of voters, but both men raise concerns that many Americans are feeling.

In the 2016 election, Democrats contended that the Russians had helped Trump to win, and they investigated that claim for years with the help of the left-leaning media. This time, some media outlets don't seem to want any investigating. But whether you're talking about claims from 2016 or 2020, Americans want to know the truth. In the end, Cortes sums it up this way: "the future of our republic hangs in the balance."