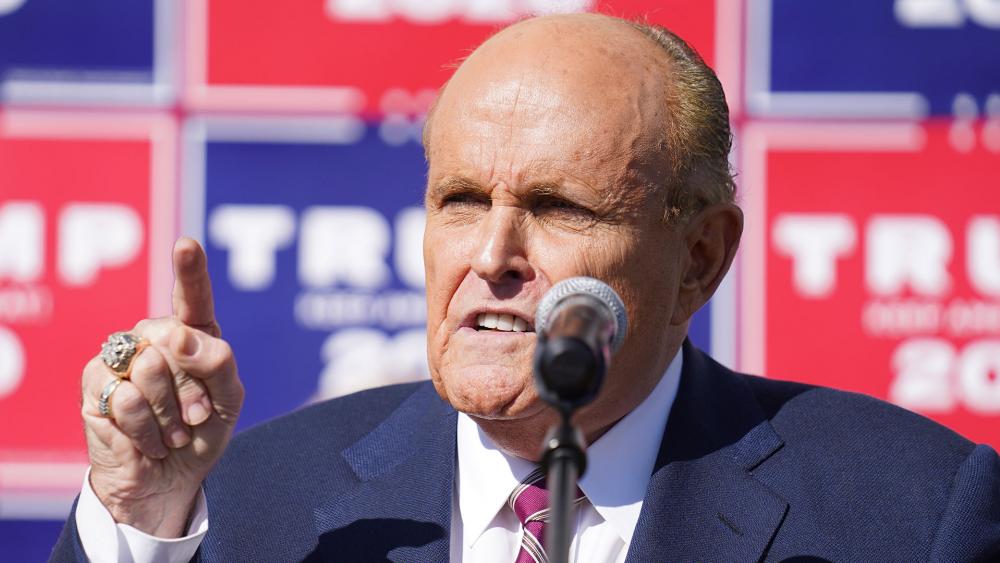 Joe Biden is moving forward with his presidential transition plans even as President Donald Trump and his supporters refuse to concede the election, saying they have too much evidence of illegal activity to give up the fight.

The Trump legal team has filed at least 15 legal challenges in Pennsylvania alone in an effort to determine who really won the state's 20 electoral votes. As CBN News reported, the president has scored a legal victory already in Pennsylvania where a court struck down a decision by Democratic leaders in the state to extend an ID deadline for mail-in ballots.

There have also been legal challenges in Arizona, Nevada, and Michigan. And even though the establishment media declared Biden the winner of Georgia on Friday, a full audit with a hand recount has already been announced by the Peach State.

President Trump told The Washington Examiner that he's confident he will get to 270 electoral votes by winning the states needed to reach that total.

Meanwhile, Lou Dobbs of the Fox Business Network tweeted that the president's personal attorney Rudy Giuliani "says he has uncovered enough unlawful ballots in Pennsylvania and Michigan to turn the election in favor of @realdonaldtrump."

Election Fraud: @RudyGiuliani says he has uncovered enough unlawful ballots in Pennsylvania and Michigan to turn the election in favor of @realDonaldTrump. #MAGA #AmericaFirst #Dobbs pic.twitter.com/VMzMNvzffs

When asked how he was going to proceed, Giuliani said he was working on his part of the case that demonstrated how many illegal votes were cast.

Giuliani said he had witnesses for the alleged voting irregularities in Michigan. "One of whom was a Democrat who worked for 30 years for the City of Detroit who will explain that she started getting trained on how on to cheat in September of 2020," he said.

"They will also testify to about 100,000 ballots being shipped in at about four in the morning after they had stopped counting," Giuliani explained. "They got into a panic because they thought they had made up the lead, and Trump was still ahead by 120,000 votes. So they brought these ballots in cars and trucks that had out-of-state license plates."

"They piled them on the tables," he said. "From the witnesses that were there from whom we have affidavits, every single vote was for Biden. The ballots looked totally fraudulent. Only one person voted for. The rest of the ballot empty. Nobody bothered to look or check whether or not the envelope was valid. They just threw it away immediately."

"There was no Republican observer as the law of Michigan requires," Giuliani continued. "It's a misdemeanor not to do it. So I can't see these hundreds of thousands of votes standing, plus about 140,000 more that were counted deliberately out of the sight of any Republican who could check the validity of the ballot."

On another angle, Giuliani points to concerns with the Dominion voting software used across the country in battleground states. According to media outlets, 28 states used voting machines sold to them by Dominion.

Giuliani told Dobbs that Dominion voting machines can be hacked and they can change votes. He explained that Dominion is a Canadian company with ties to a company called SmartMatic that has a strange history since it was owned by Venezuelans who were close to dictator Hugo Chavez, as the New York Times reported in 2006.

"They were founded as a company to fix elections," Giuliani said. "They have a terrible record, and they are extremely hackable."

The state of Texas had rejected Dominion's election software after careful evaluation by tech experts, calling the voting system "fragile and error-prone".

"Computer systems should be designed to prevent or detect human error whenever possible and minimize the consequences of both human mistakes and equipment failure. Instead, the Democracy Suite 5.5-A is fragile and error-prone. In my opinion, it should not be certified for use in Texas. If certification should be granted, it should be with the condition that all open network and USB ports be sealed," the Texas state analyst wrote.