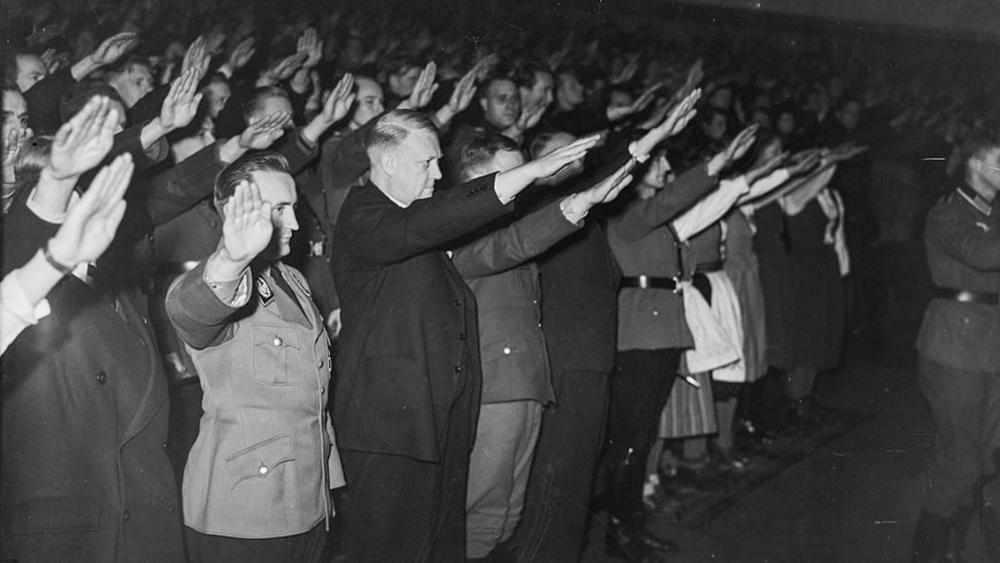 ABOVE: Rabbi Abraham Cooper, associate dean and director of Global Social Action Agenda for the Simon Wiesenthal Center, talks to CBN News about the ad released by the Jewish Democratic Council for America.

A left-leaning Jewish group has released an ad comparing the Trump administration to Adolf Hitler's Germany of the 1930s.

The group's executive director claimed in a statement that "American Jews feel less safe today than they did four years ago due to the rise of white nationalism and anti-Semitism under Donald Trump."

But in response, the Simon Wiesenthal Center's Rabbi Abraham Cooper is denouncing the ad and demanding the group pull it, saying that "comparing the President of the United States to Hitler is beneath contempt."

"This ad, basically, accuses Donald Trump of being a Hitler-like figure, and frankly, by extension, it also puts his supporters, which I guess run into the tens and tens of millions of people I guess, into the same camp as if they are Nazis. That itself is an outrageous slander even in an outrageous political season," Cooper, the associate dean, and director of Global Social Action Agenda for the center, told CBN News.

"But to the core, he is no Nazi and for anyone to throw around the Hitler stuff that's been going around now, not just on Donald Trump, but it has been going on in American politics just before November, unfortunately, in many cases. But to elevate it to a point in which you are demonizing the President of the United States and his supporters as Nazis, that is just outrageous. And frankly, it just isn't true," he noted.

"In its 44th year of existence, the Simon Wiesenthal Center does not endorse any candidate," Cooper said.

Cooper pointed out he was at the White House last December when Trump signed an executive order protecting Jewish students on American campuses from anti-Semitism because Congress wouldn't act. Cooper called it a "Hanukkah party."

The controversial ad targets Jewish voters in the swing states of Florida, Michigan, and Pennsylvania ahead of the election. It also comes after Biden compared Trump to Joseph Goebbels, Hitler's Reich Minister of Propaganda of Nazi Germany from 1933 to 1945, who was known for his skills in public speaking and his deeply virulent anti-Semitism, which was evident in his publicly voiced views.

A Republican Jewish group countered that smear against Trump by saying, "The rule in debate is that if your only argument is to call your opponent a Nazi, you have no argument at all."