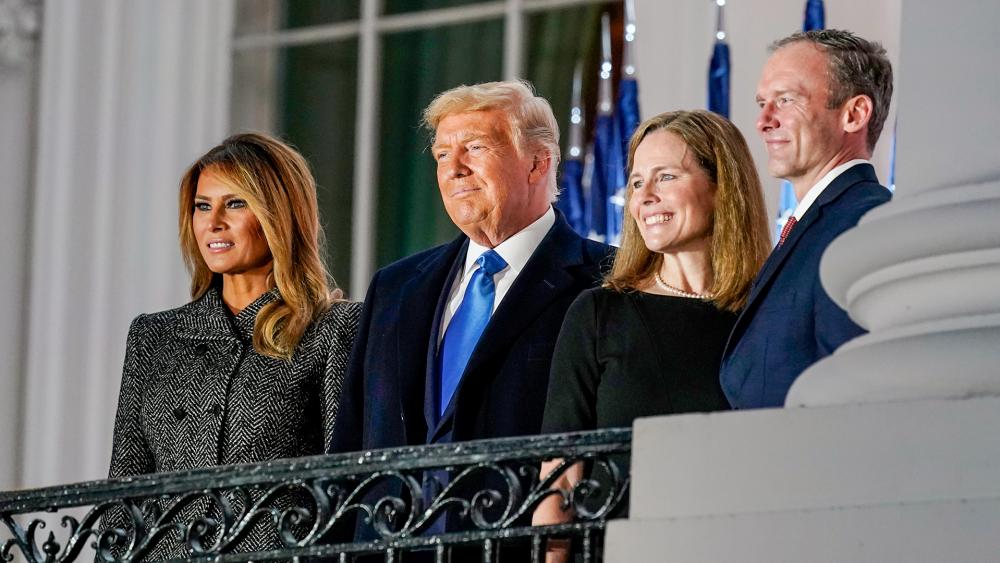 “This is a momentous day for America,” Trump said at a primetime swearing-in event on the South Lawn at the White House.

Justice Clarence Thomas administered the Constitutional Oath to Barrett before a crowd of about 200. She will be able to participate in the court Tuesday after taking the judicial oath administered by Chief Justice John Roberts in a private ceremony at the court.

Trump's choice to fill the vacancy of the late liberal icon Ruth Bader Ginsburg potentially opens a new era of rulings on abortion, and the Affordable Care Act. Democrats have been powerless to stop Trump's third justice as Republicans set in motion her confirmation a month ago to reshape the judiciary.

Monday's vote for Barrett, 48, was the closest high court confirmation ever to a presidential election, and the first in modern times with no support from the minority party. Barrett has served as a federal judge on the US Court of Appeals for the Seventh Circuit since October of 2017. She was nominated by President Trump on Sept. 26.

The spiking COVID-19 crisis hung over the Senate proceedings. Vice President Mike Pence's office said Monday he would not preside at the Senate session unless his tie-breaking vote was needed after Democrats asked him to stay away when his aides tested positive for COVID-19. The vote was 52-48, and Pence's vote was not necessary.

Some GOP senators tested positive for the coronavirus following a Rose Garden event with Trump to announce Barrett's nomination, but they have since said they have been cleared by their doctors from quarantine. Pence's office said the vice president tested negative for the virus on Monday.

Democrats argued for weeks that the vote was being improperly rushed and insisted during an all-night session it should be up to the winner of the Nov. 3 election to name the nominee.

As CBN News reported, Barrett is a mother of seven children. She once clerked for Justice Antonin Scalia, taught law at Notre Dame, and has reported conservative views about protecting religious freedom.

Barrett is Trump's third justice nominated and confirmed to the high court. The other two associate justices include Neil Gorsuch (2017) and Brett Kavanaugh (2018).

Barrett becomes the 115th justice to receive a lifetime appointment to the high court. 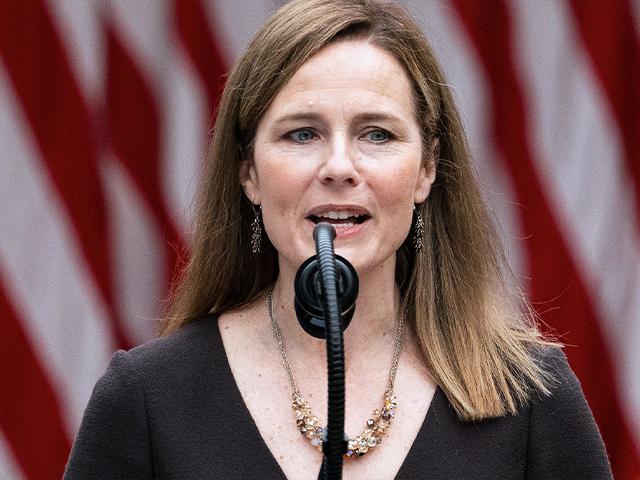 Amy Coney Barrett's Faith Is Being Targeted, so What Does She Believe?
CBN News Email Updates