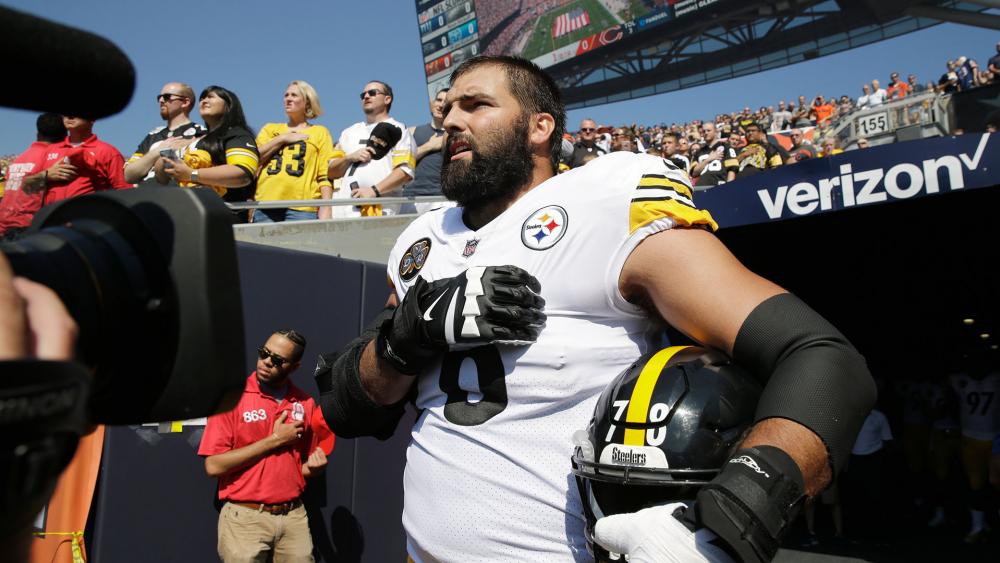 An NFL player with the Pittsburgh Steelers is under fire from social justice groups for honoring a war hero over a black teenager who was shot and killed by Pittsburgh police.

The team had voted to put the name of a victim of systemic racism on the rear bumper of their helmets, but offensive tackle Alejandro Villanueva did something different on Monday night. He taped the name of Army Ranger Alwyn Cashe on the back of his helmet. Cashe was a black US Army sergeant who served three tours in Iraq and died of his injuries in combat, according to Yahoo Sports.

Cashe was posthumously awarded the Silver Star for heroism after his death at 35 while on duty in Iraqhttps://t.co/a4Pbp3UERU had said ALL players' helmets would have Antwon Rose Jr's name pic.twitter.com/UMqbxVo6mj

Cashe burned over 72 percent of his body while trying to rescue some of his comrades from a burning Bradley Fighting Vehicle. Although slightly injured, he assisted the vehicle's driver and then proceeded to drag soldiers from the burning vehicle.  He returned multiple times, reaching into the flames to remove injured soldiers, while his fuel-soaked uniform caught on fire and burned.

Cashe rescued six soldiers and denied medical evacuation until the others were removed. He succumbed to his injuries in 2005.

He was posthumously awarded the Silver Star following his death. There has been an ongoing effort to have him awarded the Medal of Honor for his actions, Yahoo Sports reports.

Steelers team co-captains and defensive tackle Cameron Heyward and quarterback Ben Roethlisberger told the Pittsburgh Tribune-Review on Wednesday that they were unaware Villanueva was going to replace the name of a black police shooting victim with a black veteran's name.

"I didn't know about Al's choice for the back of his helmet," Roethlisberger said. "That's his choice. That's the amazing thing about the country we live in."

Steelers Head Coach Mike Tomlin told the Steelers Depot that Villanueva told him what he was going to do in advance.

"He did discuss that with me and it's in line with everything that we said about participating in elements of social justice this offseason," Tomlin told reporters.

"As an organization, and myself as the head coach of the organization, we are going to support our players in however they choose to participate and express themselves or to not participate or not express themselves, as long as they do so thoughtfully and with class," Tomlin added. "And so that has been a blanket approach that we've had. And so I think it needs no further explanation in terms of our support for Al Villanueva or anyone else in terms of what they do or doesn't do in regards to social justice, as long as they adhere to the outline that I just outlined for you."

I'd be disappointed if guys don't come out to defend Alejandro Villanueva. The mob is constantly working to divide our country with their false narratives...Have to stand up to these people. Al is one of my all-time favorite teammates, a veteran, a great person and a great friend

Villanueva is a former captain in the US Army and also served three tours in Afghanistan. He was awarded a Bronze Star for valor and became an Army Ranger before his NFL career began in 2014. He was also the only Steelers player who took the field in 2017 to stand for the National Anthem while his teammates remained in the locker room.