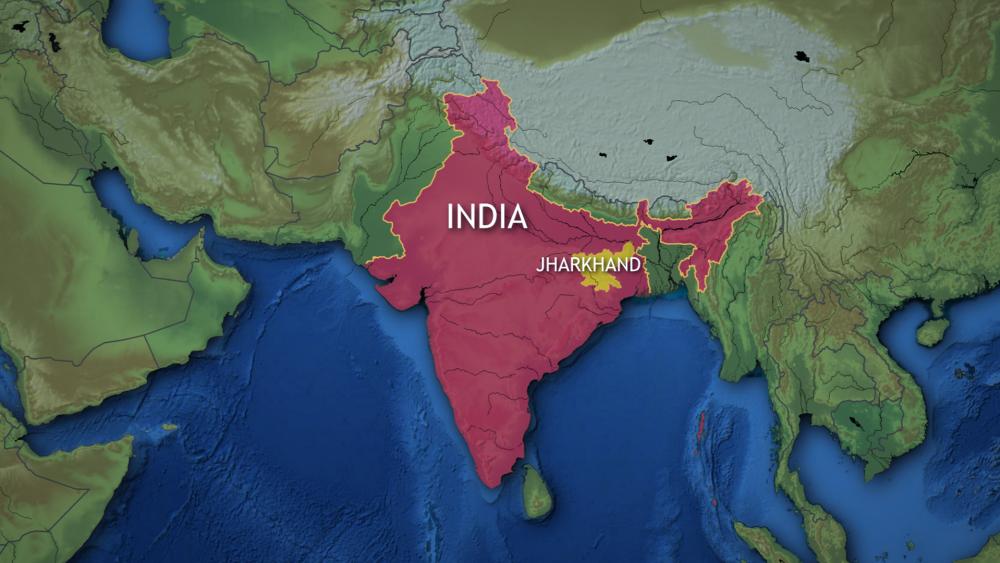 Christian persecution is on the rise in India. The latest report reveals a Christian family in the eastern part of the country has been confined to their home for months after a mob of tribal animists repeatedly attacked them for leaving their native religion.

Morning Star News (MSN) reports local police officials have even threatened to jail the family for breach of the peace.

The animists reportedly had members of the local police department and the media with them when they conducted the first assault on the family earlier this year in Jharkhand state's Khala village, Garhwa District.

"The mob brought with them the village president, media, and police officers," Asha Korwa told MSN. "As the media clicked our pictures and videotaped the attack, the police watched as mere spectators. They did not stop the assailants or the media."

The attack came in the middle of the night. Afterward, the Garhwa police ordered the family not to leave the village, she said.

"Police officers at Garhwa police station summoned my husband to the police station and told him that he has been held responsible for the breach of peace and public tranquility under Section 107 of the Criminal Procedure Code," Korwa told Morning Star News. "They told him that nobody from my family will step out of the village and that, if necessary, they would take our entire family into custody."

Police harassed them the following days, she added.

The Garhwa police did not respond to a request for comment from MSN.

The ethnic Korwa villagers have officially ostracized the family, forbidding them to socialize or share food with others in the community, after they were baptized the first week of January.

"The Korwa leaders issued warnings that nobody will be given in marriage or accepted into Korwa community from Christians," Korwa told Morning Star News. "The entire community was fuming in anger, and we feared that they would attack us. Once the leaders of the community expel a member, they have to face the wrath of every other person."

Punishment for Worshipping or Socializing

The village leaders also announced that anyone caught attending Christian worship or socializing with the Christians would receive 51 blows from a lathi, a bamboo club bound with iron, must do 100 sit-ups (a traditional punishment), and be fined $330, according to MSN.

"At least 40 members of the Korwa community have come to Christ, but we could not gather for prayers even during Holy Week," Korwa said. "We are worshipping secretly in homes."

The Korwa tribe, known for hunting and agriculture, lives in virtual isolation in the forests of eastern and northern India.

"We do not know for how long this will continue," Korwa said. "We must share the gospel among our Korwa community members. They also should know and experience the love of Christ."

The Jharkhand coordinator for the legal advocacy group Alliance Defending Freedom India assured the family of legal assistance.  The coordinator remains in contact with the family.

The Christian families in the village requested prayer for freedom to fellowship and share about Christ with their neighbors and relatives.

The USCIRF recommended India for CPC status for the first time in last year's report. The letter argued that conditions for religious minorities have not changed on the ground, and in fact, have only worsened since last year's report.

Christians in India have faced dramatically increased attacks and persecution since Prime Minister Modi took power in 2014. Verified cases of persecution skyrocketed from 147 in 2014 to nearly 328 in 2019. The increase comes largely due to the rising level of Hindutva ideology throughout Indian society that emboldens radical Hindus to attack Christians through mob violence.

Mobs regularly organize social boycotts against Christians, disrupt church services, destroy property, beat Christians, and falsely accuse them under the anti-forced conversion laws that are in effect in several states across India, according to the ICC.