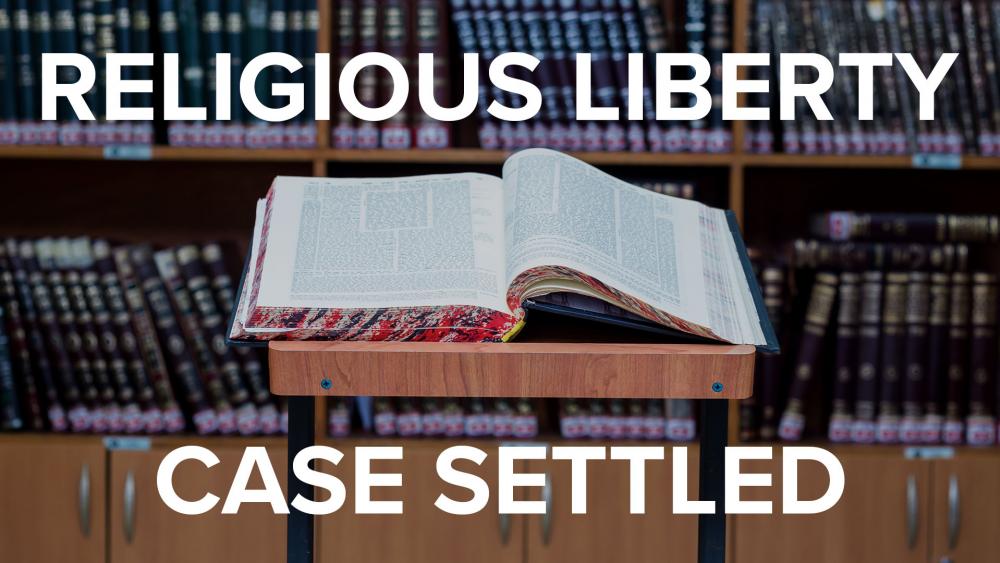 City officials in Houston, Texas, have agreed not to enforce deed restrictions against Heimish of Houston, a small Orthodox Jewish congregation.

The City of Houston had sought to enforce residential-use restrictive covenants against the small congregation despite many businesses and other houses of worship operating in the neighborhood. First Liberty Institute asked the city officials to protect the religious liberty rights of the congregation and allow it to meet without interference but the city didn't respond.

In late March, First Liberty Institute and K&L Gates filed a federal lawsuit against the city for threatening the small Orthodox Jewish congregation that meets in a Houston neighborhood home. Within days, city officials reached out to First Liberty and settled the case.

The city also agreed to dismiss citations it had already issued to Heimish of Houston.

"Religious freedom prevailed," said Justin Butterfield, deputy general counsel for First Liberty Institute. "We are grateful that city officials followed federal and state laws protecting religious practice, and we are thrilled that Heimish of Houston can continue to meet the needs of its community. We are also hopeful that Houston's response will serve as an example to other cities of how a diverse city can welcome people of all faiths."

"We are excited that this is over and that we can continue to worship together as a community," said Yakov Wohlgelernter of Heimish of Houston.

"We are thankful that this settlement has brought resolution for our client and the congregation's families," added Jamie Bryan, partner at K&L Gates.

Heimish of Houston has been meeting in a home near its congregants for two years. The members of Heimish of Houston are limited to holding religious gatherings in their communities because of their religious prohibition against driving on the Sabbath. The home where they meet is situated to be within feasible walking distance of its members, many of whom moved to the neighborhood specifically to be near the congregation.