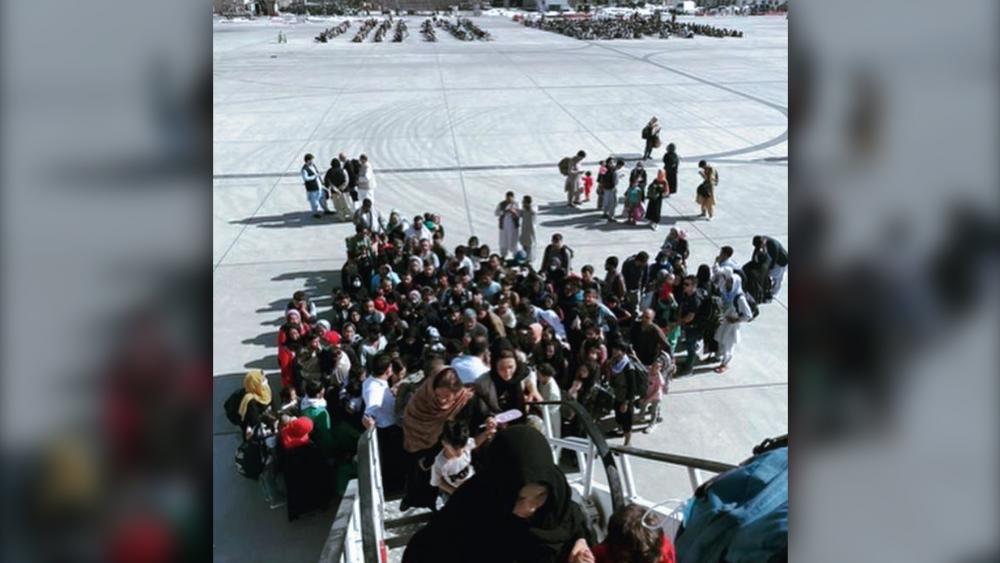 “While we slept, The Nazarene Fund was busy loading planes. This was the second planeload of Afghanistan Christian refugees leaving Kabul.”

That was the update from national radio host Glenn Beck, which included a touching picture to go along with the news that scores of Afghan Christians were being led to safety.

Beck’s calls for people to get involved through the Nazarene Fund were met with an astounding response. In just 3 days, Beck’s audience had donated over $22 million to fund the evacuations of Afghan Christian refugees.

Beck staff told Faithwire that total donations have now ballooned to $28.6 million. This stunning number comes with no help from the mainstream media and, for that matter, most other media at all – a quick Google search showed scant attention.

Beck took to Instagram yesterday to explain what is happening, saying that “yesterday was one of the more frustrating days” while explaining that “we just kept spinning wheels, there’s just chaos at the airport.”

“However, we have lots of people on the tarmac now, these Christians we told you about, and more coming. We have engaged twenty 757’s minimum all lined up, ready to go. Because you donated to the Nazarene Fund, we can do this.”

“By the end of the week, we will be able to move 7,000 Christians. It’s pretty remarkable,” Beck said.

As for prayer requests, Beck explained that “We need your prayers for people in countries who get cold feet” because anyone seen helping these refugees will be putting themselves at risk of retaliation.

Beck added that some of those countries they’ve worked with want to help, but are very nervous. “The spiritual warfare going on right now. Everything has been a battle. It’s a battle of good vs. evil,” Beck explained.

Watch Beck’s full statement below, which he released ahead of the first pictures of Christians being evacuated.

Beck appealed to Proverbs 24:11, which says, “Rescue those who are being taken away to death; hold back those who are stumbling to the slaughter.”

The conservative host also announced Tuesday that a third flight had taken off, posting an image on social media.

Given what we’ve seen from the Taliban both recently and in the past, this verse is extremely apropos.

If you’d like to contribute to the effort to help Christians evacuate Afghanistan to a safer country, visit The Nazarene Fund.

Please continue to pray for all those trapped in Afghanistan seeking to get out of harm's way.