California Wildfire Destroys Christian Bible Camp, But Not Memories and The Camp's Impact 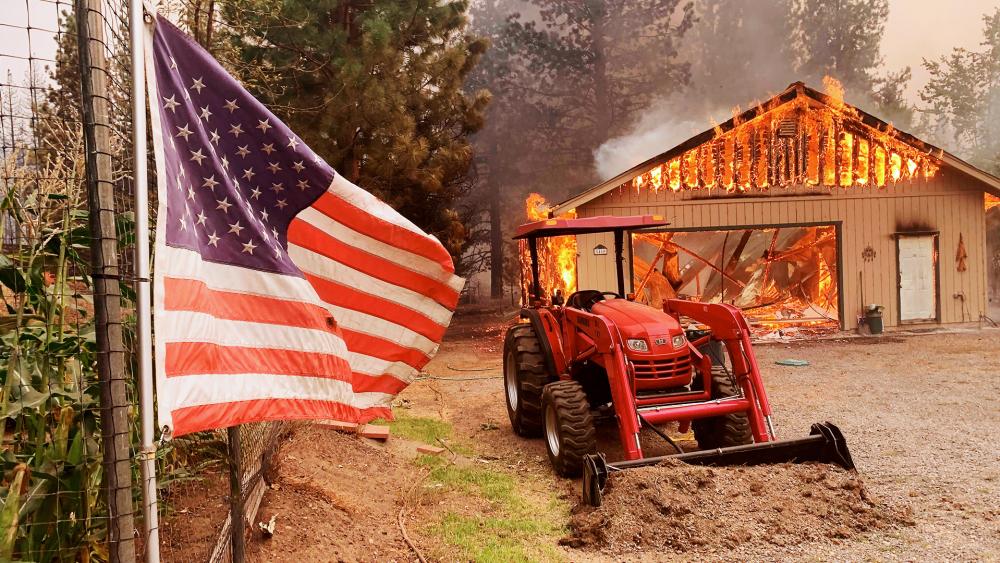 A red tractor is left behind as a home burns outside of Taylorsville in Plumas County, Calif., that was impacted by the Dixie Fire Friday, Aug. 13, 2021. (AP Photo/Eugene Garcia)

The largest single wildfire in California's history has completely destroyed a Christian Bible camp in the northeastern part of the state.

All 23 buildings of the Sierra Bible Camp on the banks of Lake Almanor were wiped out by the Dixie Fire that's ravaged across four counties since mid-July.

The fire has destroyed more than 570,000 acres and is still just 31 percent contained, according to the last update from CalFire.

Sierra Bible Camp (SBC) advertises itself as a "summer Bible camp for the youth where everybody can get to know more about the Savior as well as connect with peers of the same faith."

"As we mourn the loss of our facility, we realize how blessed we are that we were able to evacuate early and no life was or has been lost. We have a loving Christian family that ministers to us, and a Loving God, who blesses us in so many ways," he wrote.

Mike Vincelli, an SBC board member, told The Christian Post (CP) that he is "hurt" by seeing the damage, an experience he called "heart-wrenching."

"So many people and so many kids had gone through camp and had found Christ there," said Vincelli, who noted that about 1,500 of the 2,200 annual visitors are children. "For it to be just gone … we just all felt very sad and just heartbroken."

SBC's Facebook page is full of comments from people whose lives were touched by the camp's ministry over the decades.

One former camper wrote: "I grew up there as did my siblings...our kids also attended Bible camp every summer. Our granddaughter is just old enough to attend next year. My family and I will help with everything we can to rebuild."

Another wrote: "It's where I got to know the woman who became my wife. My sister-in-law was baptized there. Many families' memories - prayers."

Evans also posted, "...The true SBC, is in the hearts of those who serve and that has not been destroyed."

Fundraising has begun to rebuild the camp. Vincelli said even though the camp was insured, it won't be enough to replace all that has been lost.

According to the CP, anyone wanting to help rebuild the camp can send contributions to: