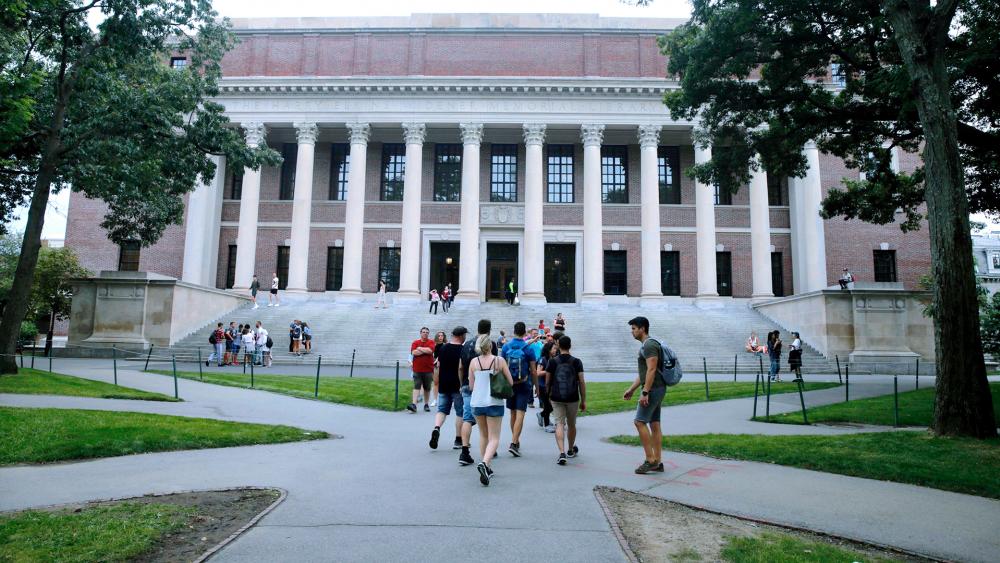 Harvard University — originally a seminary training ministers with the motto “Truth for Christ and the Church” — has a new chief chaplain, and he’s an atheist.

Greg Epstein, author of the book “Good Without God,” has served as the humanist chaplain at the Massachusetts school for years. But now he’s been promoted to president of the organization of chaplains, according to The New York Times, which reported his election as unanimous.

I'm obliged and honored to share personal news: I've been elected president of my @HarvardChaplain colleagues, and the brilliant @emmabgo wrote about it for the @nytimes. Will add a here, later today.

"The New Chief Chaplain at Harvard? An Atheist."https://t.co/m5rZEqHnQV

“There is a rising group of people who no longer identify with any religious tradition, but still experience a real need for conversation and support around what it means to be a good human and live an ethical life,” the 44-year-old Epstein told The Times. “We don't look to a god for answers. We are each other’s answers.”

Epstein’s chaplain colleagues at Harvard felt he was a good choice to lead them, given young people’s lack of religiosity. A survey published in December 2020 by the American Enterprise Institute found the most common religious identity for Americans ages 18 to 29 is “none” with more than one-third of young adults (34%) saying they identified as religiously unaffiliated, describing themselves as atheist, agnostic, or “nothing in particular.”

Additionally, a recent survey from Harvard found members of the incoming freshman class were two times as likely to identify as atheist or agnostic as their 18-year-old American counterparts in the general population.

More than 40% of the students at Harvard claimed last year to be either atheist or agnostic.

“Maybe in a more conservative university climate, there might be a question like, ‘What the heck are they doing at Harvard, having a humanist be the president of the chaplains?’” said Margit Hammerstrom, who serves as the Christian Scientist chaplain for Harvard. “But in this environment, it works. Greg is known for wanting to keep lines of communication open between different faiths.”

In choosing Epstein to lead them, Harvard’s Lutheran chaplain, the Rev. Kathleen Reed, said she and her colleagues were “presenting to the university a vision of how the world could work when diverse traditions focus on how to be good humans and neighbors.”

One electrical engineering student, 20-year-old Charlotte Nickerson, told The Times Epstein’s job “isn’t about theology” but it instead “about cooperation between people of different faiths and bringing together people who wouldn’t normally consider themselves religious.”

As president of the Harvard Chaplains, Epstein will coordinate the activities of more than 40 chaplains at the university who lead the Christian, Muslim, Jewish, Buddhist, Hindu, and other religious communities on campus.

Not everyone, though, sees the appointment as a good thing.

In a column for The Week, writer Samuel Goldman said the decision by the Harvard Chaplains could prove to be “a contradiction.”

“The implications of Epstein’s selection as head chaplain are also dubious,” he wrote. “On the one hand, there’s nothing wrong with him occupying an administrative position for which he’s demonstrated ability over many years of service. On the other, the decision implies that there’s nothing special about theistic religion or appeals to transcendent authority that justify a distinctive status.”