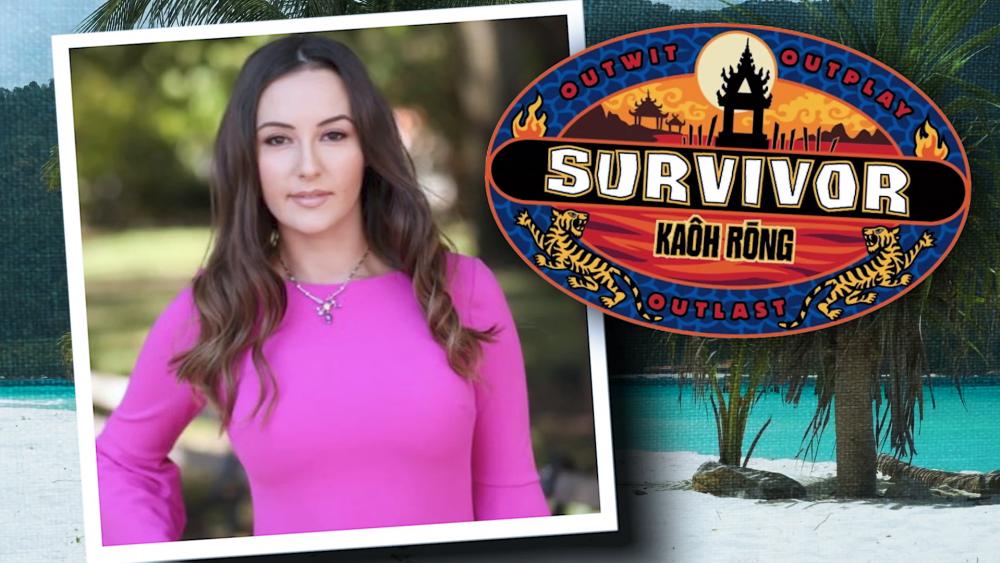 Poker and the CBS television series Survivor were both obsessions for Anna Khait. So when Khait became a contestant on Survivor Cambodia, she was in her element as a fierce competitor. Then she got booted off the island mid-season and her life crashed and burned.

Khait has always been drawn to games of strategy. Before she competed on Survivor Season 32: Kaoh Rong, she was a professional poker player.

The daughter of a Jewish father and Russian mother, Khait attended church growing up but says religion got in the way of a real relationship with God.

"There were these rules. There were all these things you have to do. I didn't like it. I felt very constricted. I really pushed away from God," she told CBN. "I really thought God isn't real and that actually led me to the belief that there is no God."

Then her parents divorced. It was around that time that Khait began to define herself as an atheist.

"I definitely felt abandoned. I felt rejected," she said. "Even though my father was a good dad – in the sense that he didn't leave my life forever. I still spent every weekend with him. There was a lot of pain there. A lot of pain. I was looking for satisfaction in a man. I was looking for love and I was never fulfilled."

As a teenager, she fell in love with the game of poker.

"Someone had a game and they asked me to sit down and play," Khait recalled. "When I like something, I go all in. I get really passionate and really driven. It's a strategy game. There is more to poker than meets the eye. I thought it was super fascinating. It kind of became an addiction."

After graduating high school, she went on to earn a degree in biology. Instead of attending medical school, she moved in with her boyfriend, a pro poker player who helped hone her skills in the game.

"We would play all day. We would go to dinner, come home, play nightly tournaments," Khait said. "Relatively speaking...was I super, super successful? No, I didn't play the major big tournaments. I sustained myself. Some tournaments sometimes I'd win $10,000 a day and sometimes $3,000, $4,000 and I had fun doing it."

Inside, Khait wasn't as happy as she seemed. "My life was spontaneous, but it wasn't fruitful. I was so broken inside."

Khait said she was hopeful when she heard about an opportunity to audition for her favorite show, Survivor. "I didn't have the best audition tape," she noted. "And I asked them, How – why did you call me? I really messed up the interview." And they said, "No, Anna, we saw something in you."

Khait was voted off the show mid-season and returned home devastated. She said her life began to unravel. As she questioned the meaning of her life, her relationship with her boyfriend was falling apart.

"I went into a really deep, dark space where I didn't know what to do with my life," Khait said. "Because here, I am not wanting to play poker, which I wanted to do every single day and here I am with my ex, who is looking at me like, 'Why aren't you playing?'"

Broken and desperate, she cried out to God.

"I knew I was in a relationship that I had to get out of and I remember I got on my knees – and I mean bawling, weeping, broken," the former Survivor contestant said. "I remember I said, 'God, if you are real, show me you're real. What do I do with my life, because I'm lost, and I don't know what to do?'"

Two weeks passed, and Khait didn't have the answer she was looking for. She was invited on a school tour with other reality television stars, sharing positive messages with young students. She attended and after the program one of the celebrity speakers told her he had a message from God.

At once, she knew what he was talking about. She told him the story of when she was a teenager on a trip to Jerusalem with a student group. She and a friend had gone to the Western Wall.

"Here I was with my friend blaspheming God. I was saying-- What came out of my mouth was, 'Look at these idiots praying to a God that doesn't exist,'" Khait recalled.

"I heard this beautiful singing start. Thousands of voices singing and it was everywhere. I mean, I looked around and I couldn't understand where the singing was coming from. It was the most incredible, profound experience of my life and I never knew what it was, but I just, I wasn't ready to hear," she told CBN.

Khait began to experience a real relationship with God through Bible study and prayer. She's forever grateful for the freedom she found when she surrendered her heart to God.

"God has always been there for me. Jesus has always been there for me. He's just the most amazing thing in the universe and I just wish more people knew about Him - knew Him intimately - because knowing Him intimately is where all the keys are to His heart. It is so fulfilling," she said. "And you know being lost and broken, searching for love...I found it in Jesus. He's a gentleman, and He'll knock on your door until you answer and open that door. And He's just – He's incredible."