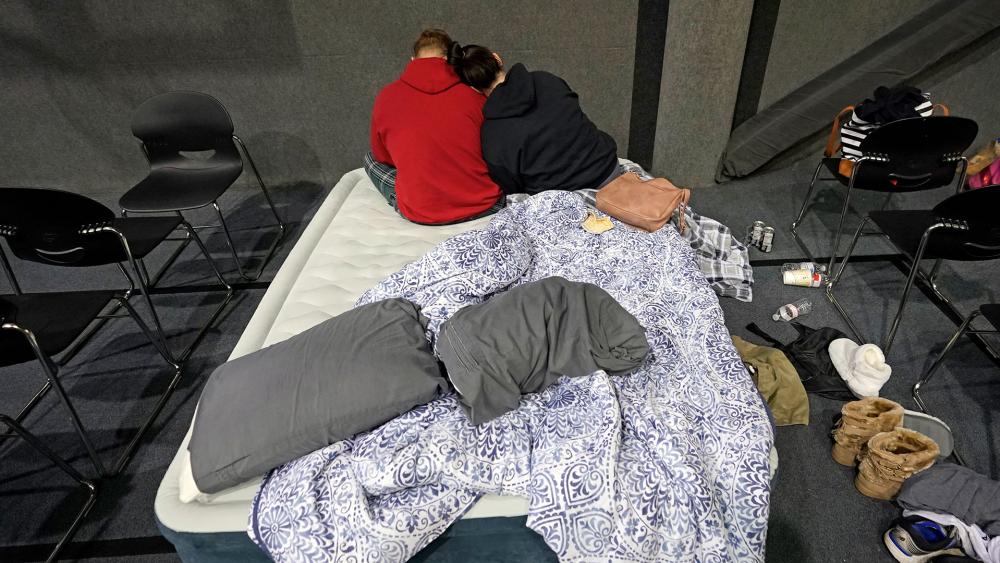 Bethany Fischer, right, rests her head on the shoulder of her husband Nic, while staying at a church warming center Tuesday, Feb. 16, 2021, in Houston. (AP Photo/David J. Phillip)
6232785651001
Salvation Army Stepping in to Meet Urgent Needs as Massive Winter Storm Knocks Out Power for Millions

Accuweather meteorologists say parts of the country that are already struggling from snow and ice storms will get a second wallop this week.

The next storm will cover a 2,000-mile-long stretch from Texas to Maine during the middle and latter part of this week, possibly bringing another six to twelve inches of snow.

It also carries with it a threat of more icing conditions, making things miserable for people at home and those who have to drive. It also brings with it the possibility of extended power outages.

During an interview with CBN News on Tuesday, Commissioner Kenneth Hodder, the national commander of the Salvation Army, talked about how his organization is helping people who've been hit hard by the polar vortex.

Hodder says the Salvation Army has 7,600 locations around the country. That's almost one location in every zip code of the United States. He told CBN News his organization is helping people by opening or assisting with a number of cold weather shelters and warming centers. They are also distributing hot food through the Army's mobile canteens and existing facilities.

The Salvation Army is also distributing winter clothing to individuals as well as feeding emergency responders and providing transportation to people who are stranded.