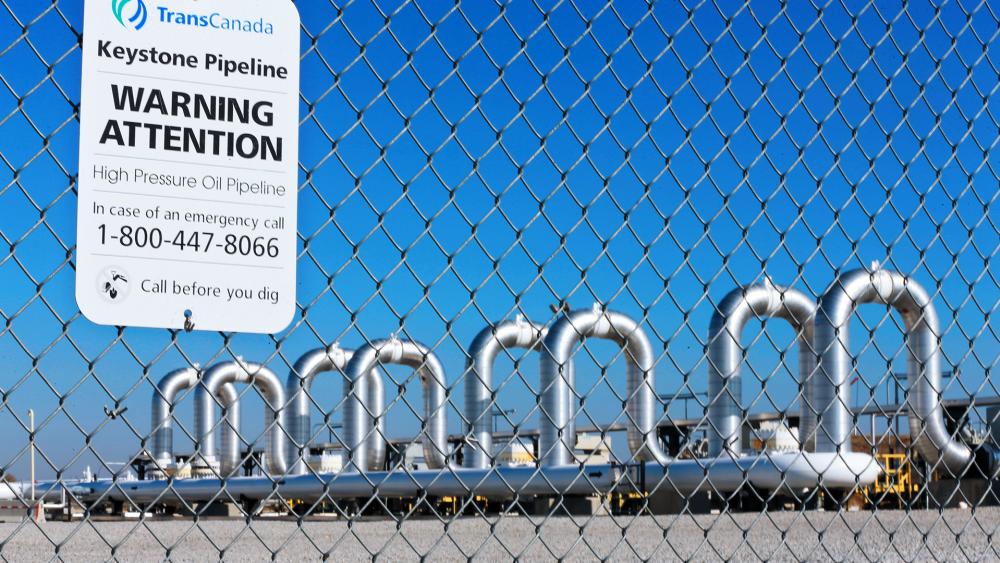 Just a few hours after President Joe Biden signed an executive order on Wednesday to revoke the presidential permit for the Keystone XL oil pipeline, the premier of one Canadian province suggested the idea of a Canada-U.S. trade war if Biden doesn't reconsider this position.

Alberta Premier Jason Kenney took his frustration with the situation to social media, writing: "That's not how you treat a friend and ally."

"The United States is our most important ally & trading partner. As friends & allies, we are deeply disturbed that one of @POTUS first actions was to rescind the Presidential permit for Keystone XL Pipeline border crossing. That's not how you treat a friend & ally," Kenney tweeted.

The United States is our most important ally & trading partner.

As friends & allies, we are deeply disturbed that one of @POTUS first actions was to rescind the Presidential permit for Keystone XL Pipeline border crossing.

That's not how you treat a friend & ally.
My statement: pic.twitter.com/v2vRrs5vPn

CTV News reported Biden's cancellation of the $8 billion project will kill thousands of unionized Canadian jobs.  When operational, the pipeline was expected to bring more than 800,000 barrels of crude oil a day from the oil-rich Canadian province of Alberta to refineries in the Gulf Coast states.

The network also reported the Alberta government has retained legal counsel in both countries to give advice on seeking compensation.

Daines said he believes Biden's action shows the Democrats are no longer a friend to the American worker. And he predicted that it's just the beginning.

"This is a major infrastructure project that President Biden killed six hours into his presidency," the Montana senator said. "It's outrageous and it's going to get worse."

"And with the stroke of a pen, President Biden has told those 11,000 workers, those union workers, 'Your jobs are gone'," Cruz said. "Mr. Buttigieg, what do you say to those workers whose jobs have just been eliminated by presidential edict?"

"Well, I think the most important thing is to make sure that we make good on the promise of the president's climate vision as being one that on net creates for more jobs," Buttigieg replied. "Millions we hope. I know that just won't happen. We'll have to do a lot of work to make sure that's real. But getting this right means insuring there are more good-paying Union jobs for all Americans delivered through that infrastructure vision."

"So for those workers, the answer is somebody else will get a job?" Cruz asked.

"The answer is that we are very eager to see those workers continued to be employed in good-paying union jobs, even if they might be different ones," Buttigieg answered.

Even though Biden has seen support from unions throughout his political career, The United Association of Union Plumbers and Pipefitters union spoke out against Biden's order, saying the president was listening to fringe activists.

"In revoking this permit, the Biden Administration has chosen to listen to the voices of fringe activists instead of union members and the American consumer on Day 1," Mark McManus, the general president of the AFL-CIO-affiliated union, said in a statement. "Let me be very clear: When built with union labor by the men and women of the United Association, pipelines like Keystone XL remain the safest and most efficient modes of energy transportation in the world."