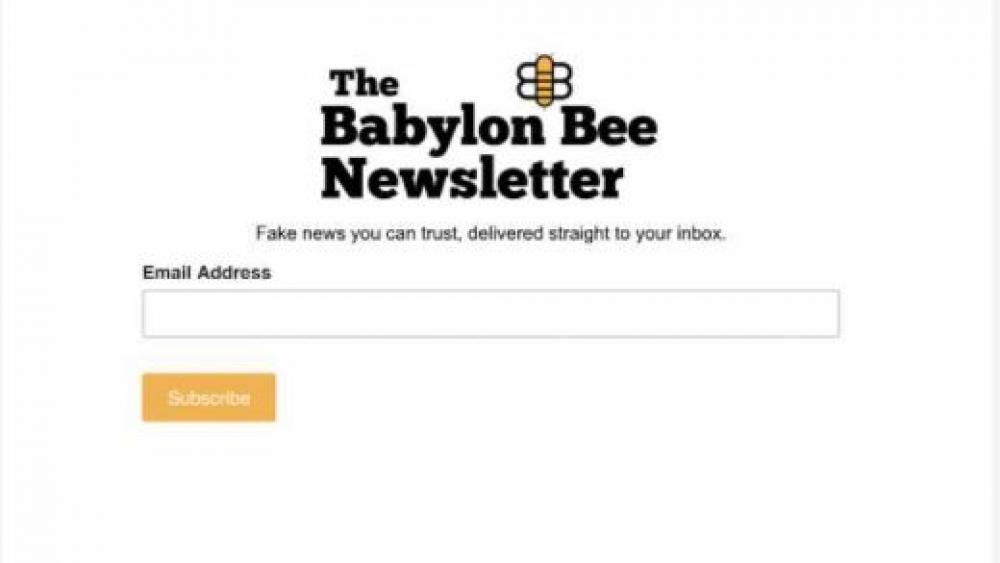 The email marketing company didn’t specify in its email to Babylon Bee CEO Seth Dillon what specifically the site had done to violate its terms.

In a statement to Faithwire, Dillon said The Babylon Bee’s account with Mailchimp was reinstated early Thursday afternoon. He said the company claimed it was “a mistake.”

“[It’s] funny how those mistakes always go one way,” he said, adding the outlet is looking for “an alternative solution” for its newsletter.

Thank you, but we're moving to an email service provider that doesn't make these "mistakes." We'd also prefer to be on a platform that doesn't censor conservatives for being "hateful" or "misinformative." https://t.co/XSI9EUjOgc

In late October of last year, the Atlanta-based platform said it would use its “sole discretion” to determine whether messages are misleading and should be censored, according to The Daily Signal.

The change went into effect on Oct. 28.

“Mailchimp does not allow the distribution of content that is, in our sole discretion, materially false, inaccurate, or misleading in a way that could deceive or confuse others about important events, topics, or circumstances,” Mailchimp explained in a customer message at the time.

The company said it would enforce its policy change by “issuing a warning to, or suspending, or terminating an account.”

This is not the first time the sardonic website has faced censorship or criticism from news outlets or social media and marketing platforms.

CNN, for example, has accused The Babylon Bee of posting “fake news” intended to be misleading.

Last summer, Twitter briefly suspended the account linked to the satire site, accusing the outlet of “violating our rules against platform manipulation.” At the time, Dillon told Faithwire the decision by Twitter came as “a bit of a shock.”

The Babylon Bee had run a satirical article with a “Monty Python”-themed joke about Hirono, which Facebook said “incited violence.”

In the piece, the writer joked that the senator suspected Barrett, who is now a justice on the high court, was “a practitioner of the dark arts” and quipped Hirono believed the Catholic judge was “a witch.”

“In what universe does a fictional quote as part of an obvious joke constitute a genuine incitement of violence?” Dillon asked at the time. “How does context not come into play here? They’re asking us to edit the article and not speak publicly about internal content reviews. Oops, did I just tweet this?”

So after a manual review, Facebook says they stand by their decision to pull down this article and demonetize our page. I'm not kidding. They say this article "incites violence." It's literally a regurgitated joke from a Monty Python movie!https://t.co/U9B6tTOj6N