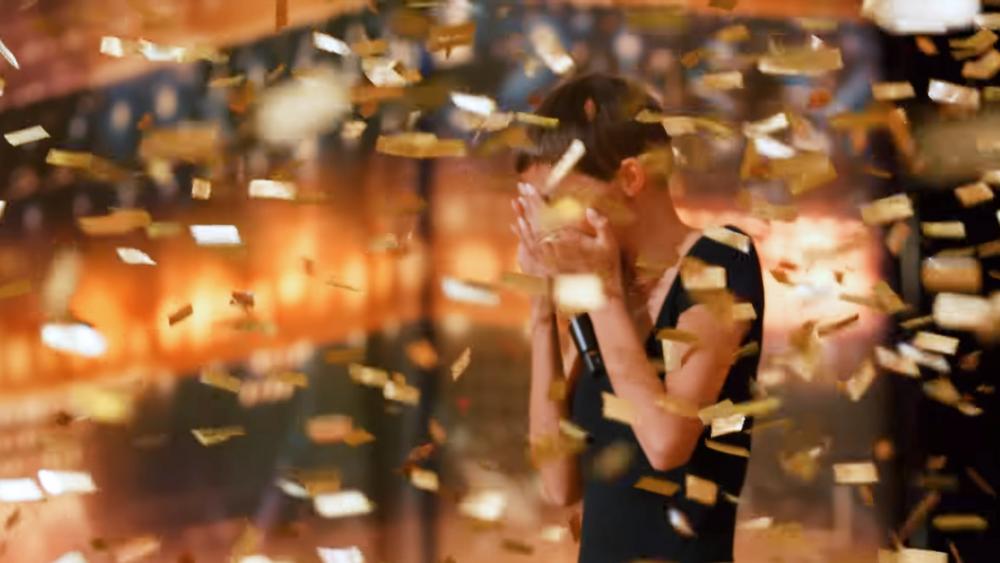 Around Liberty University, where she went to college, Jane Marczewski was a mini-celebrity, earning near-constant accolades and attagirls from those around her. There was no doubt in anyone’s mind she’d make it far. That is until a cancer diagnosis rocked the world that looked so idyllic from the outside.

It wasn’t until after she left the Lynchburg, Virginia, school that Marczewski — who goes by the stage name Nightbirde — fell ill to cancer that took up residence in her lungs, lymph nodes, ribs, liver, and spine. She was 29 years old and had already beaten cancer once before.

Her world was crashing down in more ways than one.

Just days after her diagnosis and only weeks before the COVID-19 pandemic began, Nightbirde’s husband, whom she described in a blog post as “My One Great Love,” walked away from their marriage.

After journeying through such deep darkness, on Tuesday, there was a glimmer — a golden glimmer — of hope for the now-30-year-old singer.

The Zanesville, Ohio, native performed her original song, “It’s OK,” which she told “America’s Got Talent” judges Simon Cowell, Sofia Vergara, Heidi Klum, and Howie Mandel is “a story of the last year of my life.”

Even as she performed Tuesday, Nightbirde admitted she’s still fighting — a posture she’s held steady since her first diagnosis in 2017.

“Last time I checked,” she told Cowell, who asked her for an update, “I had some cancer in my lungs and my spine and my liver.”

“It’s important that everyone knows I’m so much more than the bad things that happened to me,” the hopeful Nightbirde declared.

She said she has been given only a 2% chance of beating it.

“But 2% is not 0%,” she quickly added. “Two percent is something, and I wish people knew how amazing it is.”

After her moving performance, Nightbirde was met with a standing ovation from the judges who sat just feet away from her.

Each one of them was clearly enraptured by her song, which Mandel described as “the most authentic thing I’ve heard this season.”

“It was powerful,” said Vergara. “It was heartfelt, and I think you’re amazing.”

Then came Cowell, whose mesmerizing gaze gave away his feelings.

“There was something about that song,” he told Marczewski. “The way you almost casually told us what you’re going through.”

“I’m not going to give you a ‘yes,’” he told the singer. “I’m going to give you something else.” With that, he leaned across the desk and slammed his hand down on the famous golden buzzer that triggered a flurry of glimmering confetti that rained down on Nightbirde, who fell in tears.

Cowell made his way to the stage and hugged her.

“Everything about that was really special,” he told the contestant.

In an interview with People, Cowell said he “was absolutely mesmerized” by Nightbirde’s performance, describing the three-time cancer survivor as “an amazing person with an incredible talent.”

“She’s truly an inspiration,” he said.