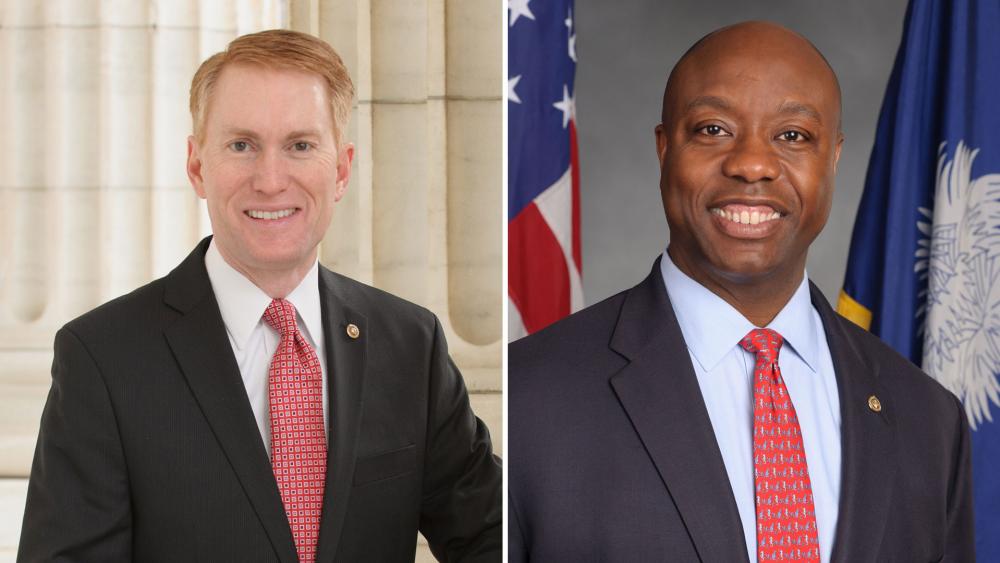 Sen. James Lankford (R-OK) joined Sen. Tim Scott (R-SC) on Wednesday to introduce the Child Welfare Provider Inclusion Act, which would protect faith-based child welfare providers from being discriminated against for acting in accordance with their deeply held religious beliefs.

"Faith-based child welfare organizations are an integral part of the larger system that helps kids find a safe and permanent home. Organizations that serve our foster kids should not be compelled to set aside their deeply held religious beliefs to serve children and families alongside government," said Lankford.

"We can help place children in good homes while not discriminating against those who choose to live their faith. Unfortunately, the Biden administration and some in Congress have taken the position that you have to check your faith at the door if you want to help children in need of a forever home," the senator continued. "There is no reason our nation cannot have both faith-based options and non-faith-based options to help children in a crisis. We need all the help we can get serving our most vulnerable kids."

"In South Carolina and across the country, faith-based foster care providers support the 400,000 children in our foster care system who—through no fault of their own—have nowhere else to go," said Scott. "At a time when religious freedoms are under assault, the Child Welfare Provider Inclusion Act is a necessary protection for those who are living according to their convictions. I am grateful my colleagues are standing with me to protect this most fundamental right."

"The government should not make it more difficult for a child in need of a home to find a safe, loving family," said Cassidy. "It is wrong and offensive that discrimination against child welfare providers because of their religious beliefs even exists today. Parents who choose to adopt or foster a child should be able to get help from the organization of their choice."

"Our nation is entering into a precarious time when religious liberties can be so easily trampled," Hyde-Smith said.  "This reasonable legislation would protect child welfare providers, who hold fast to their religious beliefs or moral convictions.  States that choose to discriminate against these workers would in turn be choosing to hurt overall services for all caregivers, children, and families."

Rick Scott said, "The protection of free speech and religious beliefs is enshrined in the First Amendment. I'm proud to join my colleagues to support religious freedom."

Other senators also warned about the possible discrimination against providers' religious beliefs, which would mean less placement of children in need.

"Adopting a child is one of the greatest decisions a family can make," Inhofe said. "Faith-based providers working across the nation are finding their services endangered because of their religious beliefs, which in turn means fewer loving homes for children in need. That's why I am proud to join Sen. Tim Scott's legislation today which ensures child welfare providers can operate in accordance with their religious beliefs without discrimination. This is a commonsense bill which should be law."

"Faith based groups provide homes to millions of children in need of love, support and affection. The discrimination against such groups for their religious beliefs must end. We should incentivize, not penalize, religious organizations to continue to serve the most vulnerable children in our communities," Blackburn said.

"It is unacceptable for the government to make it more difficult for a child to find a safe, stable, and loving family," said Tillis. "When a family decides to adopt or foster a child, they deserve to get help from the provider of their choice. Faith-based adoption and foster care providers have a history of connecting children with loving homes, and this legislation ensures those providers can continue their child welfare services free of discrimination."

"Faith-based child welfare providers are an essential part of caring for some of the most vulnerable children in our communities. I'm deeply saddened to see some government officials punish foster services for their sincere religious beliefs. That discrimination comes directly at the expense of boys and girls who are waiting for loving, healthy homes. No government agency that discriminates against people based on their faith—which goes against the interests of foster children—deserves taxpayer dollars," Kennedy said.

"Several state and local governments are requiring faith-based adoption agencies to choose between helping kids and violating their religious faith," said Kelly. "This blatant attack on the First Amendment makes it even harder for children to find loving homes. We must stand up for kids, protect these organizations, and defend religious liberty. I am proud to author this legislation."

Organizations lending their support to the pending legislation in the House and Senate, include the Ethics & Religious Liberty Commission, U.S. Conference of Catholic Bishops, Heritage Action, and the Family Research Council.

"Far too many children are waiting, right now, either for adoption or foster families. Our government must not stand in the way of those seeking to care for them. It is difficult to imagine a more important goal for child welfare policy than the goal of seeing vulnerable children who need a loving home be united with families committed to caring for them," said Russell Moore, president of the Southern Baptist Ethics & Religious Liberty Commission.

"Protecting the rights of faith-based adoption and foster care agencies only ensures that more children will have access to the love and support they so desperately need. This is precisely what the Child Welfare Provider Inclusion Act would do," Moore concluded.