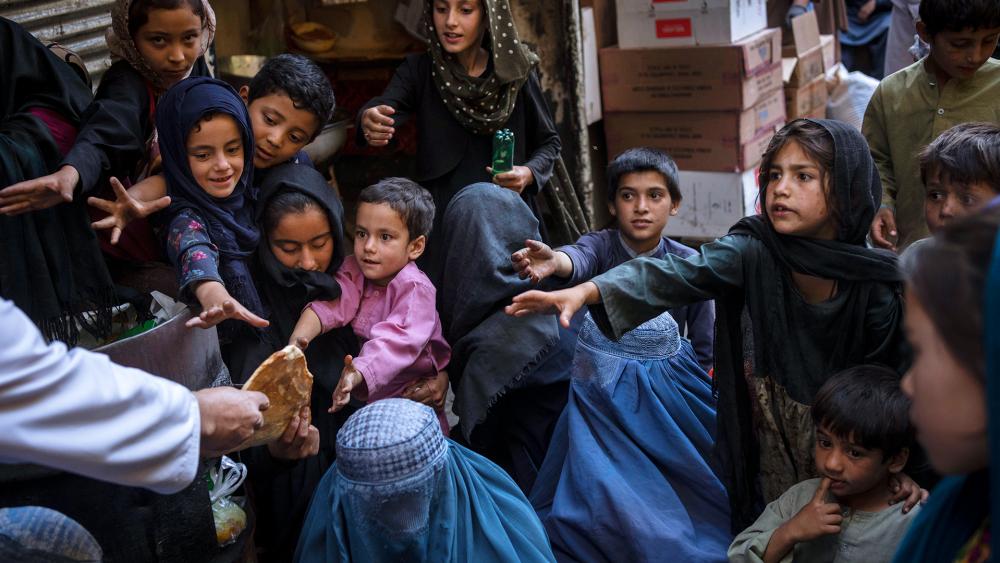 In Afghanistan's arena of fear, the children of Kabul are asking a remarkable question:

"Is Jesus here now? Can we meet him?"

In their present tribulation, the children and youth of this shell-shocked nation are looking for hope – and they're turning to perhaps their only connection with the outside world: satellite television and social media.

As the Taliban reportedly go door-to-door, hunting Christians, many might suggest now is not the time to be caught speaking the name of Jesus.

But Afghanistan's children can't stop talking about him.

They're enthralled by Jesus – introduced to him for the first time through satellite broadcasts and social media platforms that the Taliban and ISIS-K cannot stop or censor.

The media ministry I serve – SAT-7 – is even now broadcasting live Christian programs into Afghanistan via a powerful satellite, free-of-charge 24/7. The signal – which is virtually un-censorable – covers the entire nation, including the mountains, rural areas, and isolated villages. Anywhere people have a satellite dish, they can – and do – tune into SAT-7's message of Christian hope in the local languages of Dari and Farsi.

Although Christians have been forced into hiding, the children of Afghanistan – the future of the nation – are certainly not hiding their curiosity about Jesus.

"Do you have him there in the studio?"

These are sincere questions they ask us, using their phone apps to call or message our team, ready to respond day or night.

A 16-year-old girl told us: "People are terrified here. Please help us!"

It brings tears to my eyes when I hear these Afghan children quoting Jesus' words by heart, creating their own worship songs, and using them to deal with the intense fear they're going through.

We've invested in Christian children's programs – including live programs – in Afghanistan. Now – with great joy – we're seeing steady Christian growth in the youth of this nation, even as the Taliban tighten their grip.

Did you know that the word "Taliban" actually means "student"? Well, Afghanistan's children are actually seeking to become courage-filled students of Christ.

They're surprised when they first see and hear our presenters and guests – "living examples" of Christ – speaking about Jesus in their local language, and quoting 'strange' things like: "Love your enemies… and do good to those who persecute you."

One viewer in Afghanistan – sick of the terror and fear imposed by radicals – recently called our team, desperate to know the answer to this question:

"Where does this Jesus live? I really want to meet him!"

A few days later, he called back with a friend. After a week, he called again – this time, with 25 young men crammed into his apartment, some having to stand in the bathroom because there was no other space, all eager to know more about "this Jesus."

After our team member counseled them, all 25 prayed in unison over the phone, asking Jesus to forgive them and come into their lives.

But it doesn't end there!

The next week, there were 50 people jammed into the apartment – desperate to hear more and have their questions answered.

This could happen only because satellite television and internet-based social media are able to reach even the most difficult places – and bring the power of the gospel and the love of Jesus to people where they are, in their homes and on their phones, in real-time.

Who will disciple these new Afghan believers?

Who will teach them – and show them – what it truly means to be a student of Jesus? To forgive and love even their enemies?

Our job is not to "count conversions," but to make disciples in Afghanistan and other dangerous places, where Christians face persecution and even death.

And he's drawing together his own students of his gospel of love.