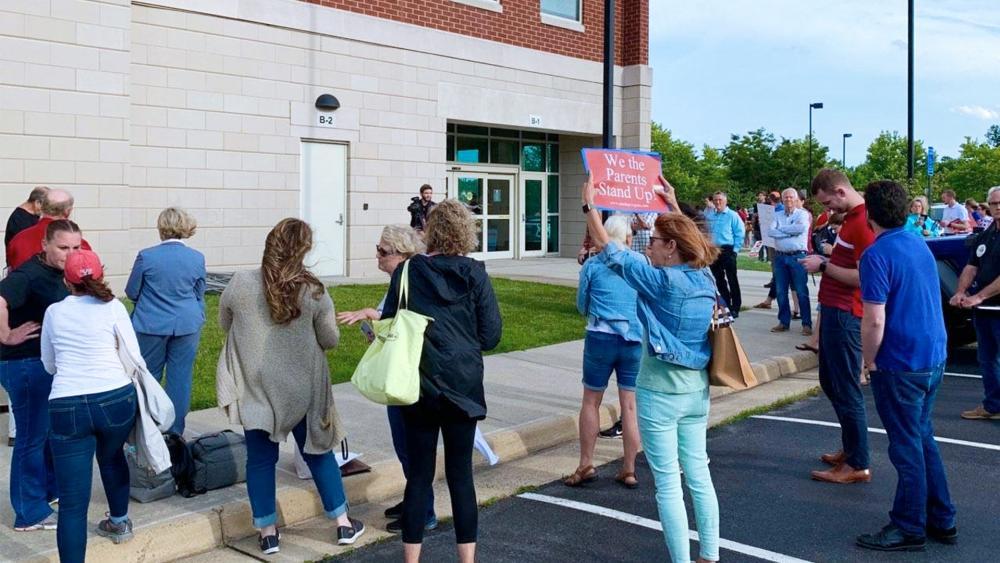 Parents and concerned citizens stand outside in protest after a June meeting of the Loudoun County School Board in Ashburn, Va. (Screenshot credit: Tara Mergender, CBN News)

U.S. Attorney General Merrick Garland has directed the FBI to work with law enforcement to protect school board members, teachers, and other public school employees after some highly charged parent protests.

Garland's order comes after numerous school board meetings across the country erupted in chaos as parents voiced their concerns about serious issues, including the teaching of Critical Race Theory, transgender policies, graphic sexual content, and pandemic restrictions like mask mandates.

Those debates have led parents and board members to face off in heated discussions and angry outbursts.

The letter follows the National School Board Association's request to classify protests as "domestic terrorism." pic.twitter.com/NhPU03YOYq

In his memo, Garland said there has been "a disturbing spike in harassment, intimidation, and threats of violence against school administrators, board members, teachers, and staff who participate in the vital work of running our nation's public schools."

To address the rising problem, Garland said the FBI would work with U.S. attorneys and federal, state, local, territorial and tribal authorities in each district to develop strategies against the threats.

"While spirited debate about policy matters is protected under our Constitution, that protection does not extend to threats of violence or efforts to intimidate individuals based on their views," he said.

Garland's action came in response to a request last week from the National School Boards Association (NSBA). The group, which represents more than 90,000 school board members around the country, asked President Joe Biden for federal assistance to investigate and stop any threats made over controversial policies like mask mandates.

The letter also asked Biden that protests made by parents and other concerned citizens be classified as "domestic terrorism" and "hate crimes." The NSBA also called for the President to use the USA Patriot Act against the protesters.

"As these acts of malice, violence, and threats against public school officials have increased, the classification of these heinous actions could be the equivalent to a form of domestic terrorism and hate crimes," the letter read.

"Additionally, NSBA requests that such review examine appropriate enforceable actions against these crimes and acts of violence under the Gun-Free School Zones Act, the PATRIOT Act in regards to domestic terrorism, the Matthew Shepard and James Byrd Jr. Hate Crimes Prevention Act, the Violent Interference with Federally Protected Rights statute, the Conspiracy Against Rights statute, an Executive Order to enforce all applicable federal laws for the protection of students and public school district personnel, and any related measure," the letter added.

It also asked for the Justice Department, FBI, Homeland Security, and Secret Service to help monitor threat levels and assess risks to students, educators, board members, and school buildings.

At a U.S. Senate committee hearing on Thursday, Education Secretary Miguel Cardona decried the hostility against school board members and praised their "unwavering support" to reopen schools safely. He said the lack of civility in some meetings is disappointing and, in some places, it has been "very dangerous."

He made the comments in response to questions from Sen. Mike Braun (R-IN), a former school board member who said contentious meetings are a part of civic engagement.

White House Press Secretary Jen Psaki said responsibility for protecting school boards falls largely to local law enforcement but "we're continuing to explore if more can be done from across the administration."

"Obviously these threats to school board members is horrible. They're doing their jobs," she said during a press briefing.

The Washington Examiner's Becket Adams noted in his op-ed that "in its letter this week to the president, the National School Boards Association said it believes 'public discussions' and 'transparency' by school board officials are important for the "safe and effective operations of schools."

"But don't you dare say anything untoward or critical! Otherwise, the National School Boards Association will ask the president of the United States to invoke the PATRIOT Act against you," Adams wrote. 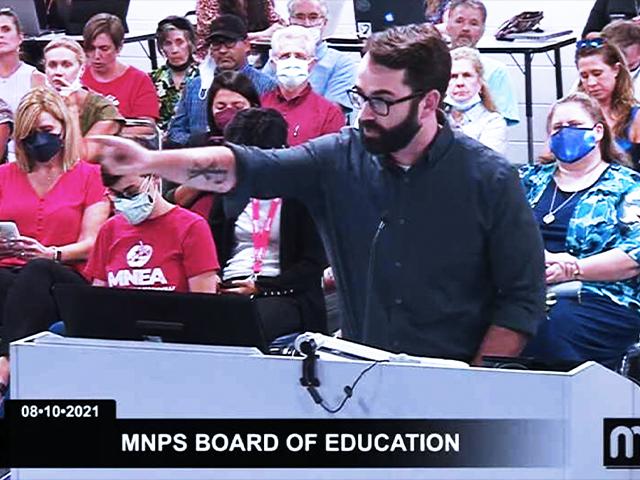 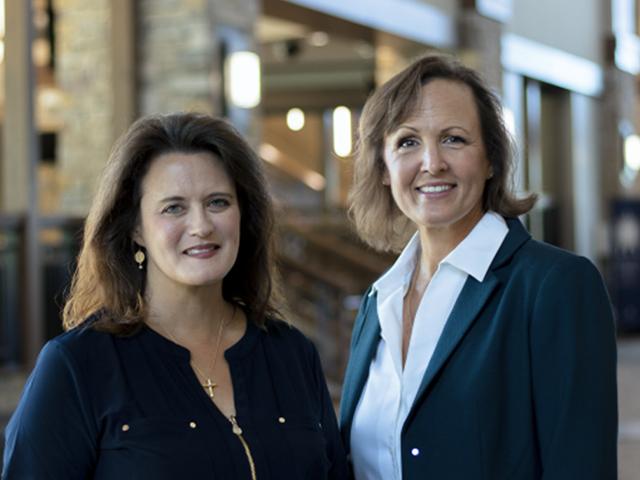