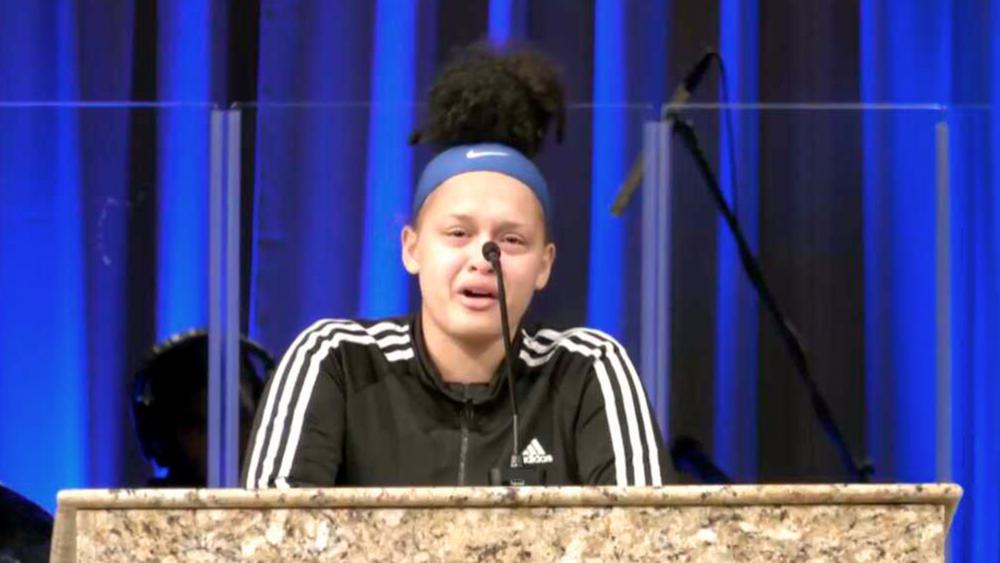 Just hours after tragedy struck, one 15-year-old student from Arlington, Texas, joined her community in prayer not just for the four people injured by a gunman who opened fire in her school Wednesday, but for the shooter himself.

Henson shared her grief during an evening prayer service at Cornerstone Baptist Church, where the youth minister, Al Curley, reminded the community those horrible things happen because of the sin in the world, urging them to turn to Jesus for solace.

“When tragedy strikes, it is important, friends, for you and I to realize that, even though we might be feeling what we feel, there’s a place that we can go,” Curley said. “There’s a God that we can run to. … The Bible tells us to rejoice with those who rejoice and to mourn with those who mourn.”

“As Christians,” he continued, “we know that sin is the cause of why many things happen. And we know the answer to that problem is Jesus. We know the feeling of pain and we know the joy of salvation. But along the road of life, things happen, situations occur, tragedy strikes. And the way that we have the handle on it without falling off the handle is, sometimes, we’ve gotta learn how to grieve.”

He went on to urge fellow believers to “proclaim hope” in the midst of despair.

“And the hope is that God so loved the world that He gave His Son that whosoever believes in Him should not perish but have everlasting life,” Curley added, referencing John 3:16. “Yes, the world is fleeting and the world is perishing, but, for those of us who have the assurance of hope in Jesus Christ, we have the promise of everlasting life. We’ve got to share that to somebody else, because that message of the Gospel, that message of redemption might be the only thing that keeps them holding on.”

Arlington residents, students, and church members came together Wednesday night, only hours after shots rang out in Timberview High School in the Mansfield school district, according to the Fort Worth Star-Telegram.

The suspected gunman, an 18-year-old student, was taken into custody by police after he began firing shots in a classroom. The alleged shooter, Timothy Simpkins, turned himself in with his attorney Wednesday afternoon.

Kevin Kolbye, the assistant chief of the Arlington Police Department, said a 15-year-old male and a 25-year-old male, later identified as an English teacher, were shot. Another female student was grazed by a bullet and a pregnant woman fell and sustained minor injuries but declined treatment.

Police said the 15-year-old student underwent surgery Wednesday and was in critical condition. The other two patients were recovering well.

Kolbye said the shooting was not “a random act of violence” but rather an isolated incident involving “a student who got into a fight and drew a weapon.”

Carol Harrison Lafayette, acting as a spokesperson for the Simpkins family, told reporters gathered outside the family’s house that the 18-year-old suspected shooter had been bullied and robbed twice at school.

“This is a situation where Timothy was being bullied,” Lafayette said. “It had been reported to the principals right along with the teachers. I’m not trying to justify the gun that was brought, but, when you’re being bullied, when there’s bullies, throughout this nation, you hear of young people … committing suicide.”

“The decision he made, taking the gun, we’re not justifying that,” she added. “That was not right. But he was trying to protect himself. And so we hope that the police department does the investigation properly. There are going to be independent investigations that are going to be done as well so we can get to the bottom of really what happened.”

As it stands, the student faces three counts of aggravated assault.

Please be in prayer for the victims as they recover as well as the students and families involved in this tragic situation. 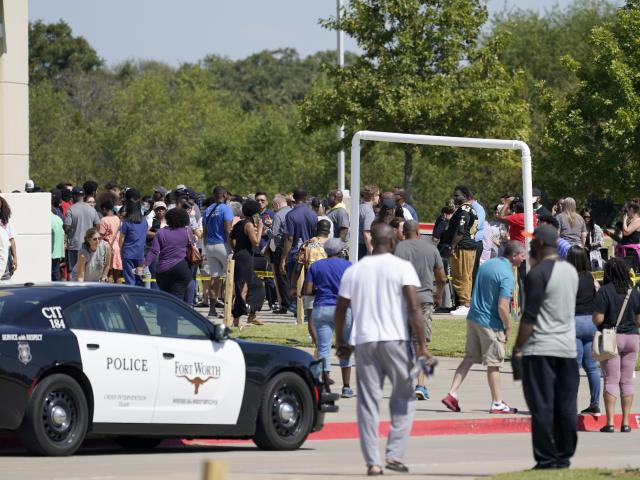