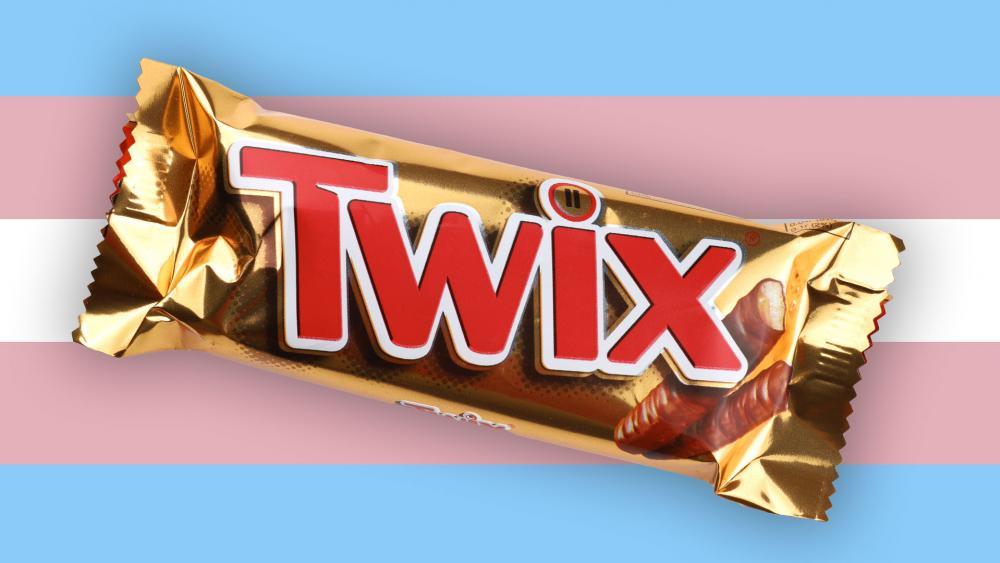 A cross-dressing child is featured in the new Halloween-themed commercial for Twix candy bars that contains the message that it's OK to be different, and for those who don't agree, things could turn violent.

In the two-minute video, a young boy in a "princess dress" opens the front door of his home to find a goth-looking witch and is told that she is his nanny.

Later, when the boy is playing with his soccer ball in the front yard, still wearing the dress, two girls from the neighborhood ask him why he's wearing a costume.  It "isn't Halloween yet."  The boy doesn't answer them. He just looks at them, picks up his ball, and runs inside.

The witch and the boy are inside the car and she asks him if he's buckled. He replies, "I'm still wearing my princess dress."

She responds, "Do you want to wear it?" and he nods his head in the affirmative. She quietly says, "OK."

The next scene shows the boy at a park playing with his soccer ball, when a bigger boy wearing a cape yells, "Hey, You princess! You look like a girl. Why are you wearing that?"

As the young boy looks at the witch, he replies, "Dressing like this makes me feel good." The bigger boy responds that he and his nanny "look weird." The young boy answers, "No, we're just different."

The Daily Wire then noted what happens next. It "suggests violence against minors is a reasonable response to having a different point of view over transgender ideology."

The witch uses her magic to bring up a wind storm to blow the bigger boy away. It's so strong that he's blown out of frame as the cape he was wearing falls to the ground.

As they are leaving the park, the young boy asks the witch, "Will he come back?" And the witch answers, "Yeah, probably."

The video was posted to Twitter and reviewed by CBN News. Even though the ad says it's presented by Twix at the front of the video and ends with a "Happy Halloween" message at the end with a Twix logo, at no time does the commercial show a Twix candy bar or even mention a Twix candy bar.

Something wicked this way comes.

A magical friend arrives in The New Nanny, the next installment of Bite Size Halloween, sponsored by @twix. pic.twitter.com/ABVXT0TCaD

It quickly received backlash as users responded in outrage.

Chris Buskirk, editor of the conservative journal American Greatness, warned, "They want your children and they will stop at nothing to get them."

One user replied, "I watched it and I don't understand what it has to do with Twix."

Another user noted, "You see kids, the way to handle intolerance is with violence.  Advertisers have targeted kids for decades but it's not about just selling stuff anymore."

A user who goes by the name The Occidental Jihadist but who identifies as a Christian, a Republican and a former Army vet with a doctorate in history replied, "I have always thought my Evangelical friends who decried the demonic aspects of popular American culture were overstating the case. No longer. THIS is truly demonic."

And another user noted four things in the ad:

Best-selling author J.D. Vance, who's currently a candidate running for a Senate seat in Ohio, retweeted the video, writing, "These people ruin everything."