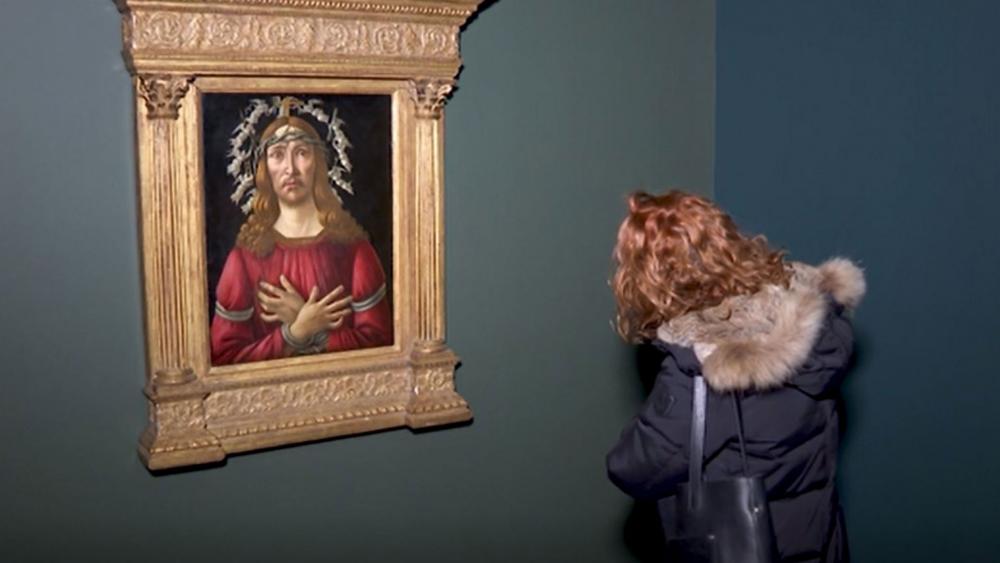 Sotheby's auction house in New York predicts a painting of Jesus Christ by Sandro Botticelli will sell for upwards of $40 million next week.

The painting titled "Man of Sorrows" shows an image of Christ with shoulder-length light brown hair. He's wearing a crown of thorns. A cross can be seen centered at the top of his head, which is ringed by 10 angels.

"This picture is absolutely one of the highlights of the week. It is by Sandro Botticelli," said Christopher Apostle, senior vice president of Sotheby's New York. "He's an artist, of course, we all know even if you've had very little art history, you know Sandra Botticelli, the Primavera, the Birth of Venus are iconic. You can find them when you go to Florence on mugs, on aprons and everything, but it's something that everyone really knows."

"So to have a painting by him at public auction and available to add to your collection is a really exciting and unique event," he added.

According to Apostle, Botticelli painted "Man of Sorrows" late in his career, sometime around 1500 to 1505, and is rather unique in its depiction of Christ.

"It's Christ as the Man of Sorrows," he said.

"But what's unusual is this device, this invention that Botticelli uses of these design that is grey and white angels, not with no color around his head almost like a halo, in fact, not almost, like a halo,"  Apostle explained. "Each is holding a different implement of the, of the, of the Passion. So you have the nails that Christ was nailed into the cross. You have the flail that he was flogged with. You have the ladder that he was taken down from the cross. So it's a kind of amazing, amazing idea and image and reminds you of all the stages of The Passion of Christ."

"We're estimating that this should make in excess of $40 million," the Sotheby's senior vice president told The Associated Press. 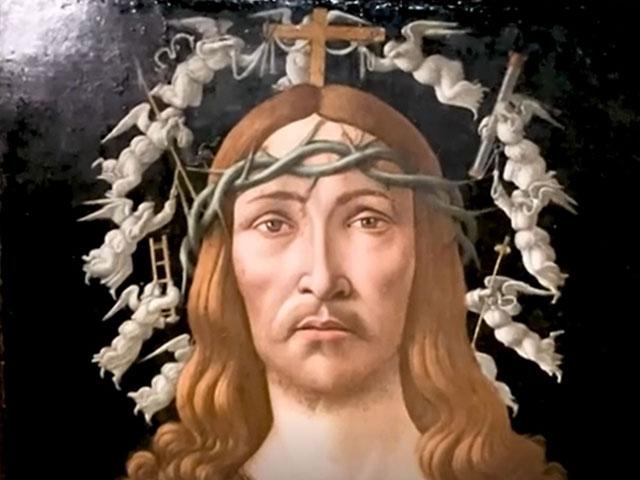 Apostle said in the painting, Botticelli is playing with time and with temporality.

"You're seeing Christ both before and after the crucifixion. So he's bound with the crown of thorns as he was represented by Pilate to the people of Jerusalem, the crowd," he interpreted. "But then you also have the stigmata in his hand and in his side, and he's sticking his hand into the wound in the side to remind you that this was part of the passion. But it's also after this takes place. So it's outside of time, this representation of Christ, which is, I think, very important to Botticelli to show the timelessness, to show that Christ, while human, is also outside of any temporal constraint."

The painting has been in a private family collection since 1963.

Paintings of Christ have become a hot commodity in the art world over the past several years.

As CBN News reported in 2017, a painting of Jesus Christ by famed artist Leonardo da Vinci fetched a record-breaking $450 million. 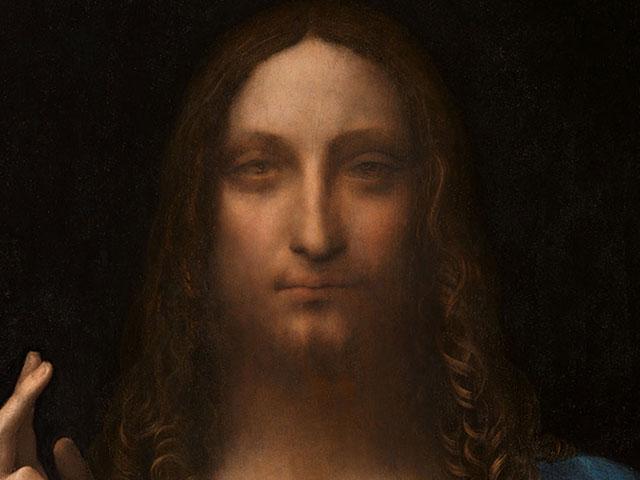 That painting is titled "Salvator Mundi," meaning "Savior of the World." It was painted by da Vinci in the late 1400s.

Since then, it has traded hands all over the world from King Charles I of England, all the way to Louisiana in 2005 where a group of art dealers paid less than $10,000 for the painting which was in need of repair. The dealers undertook a six-year journey to restore the painting and document its authenticity.

The once-lost da Vinci is thought to be one of only 16 known surviving paintings by the great artist. It "depicts Jesus raising his right hand in blessing and holding a crystal orb, meant to represent the world, in his left."

But the huge price tag for his painting may not have pleased da Vinci. Art historian Kenneth Clark was quoted by BeliefNet at the time it was sold, saying da Vinci "objected to the commercial exploitation of relics, religious art, and pious items." He quotes da Vinci as saying, "I see Christ once more being sold and crucified and his saints martyred."