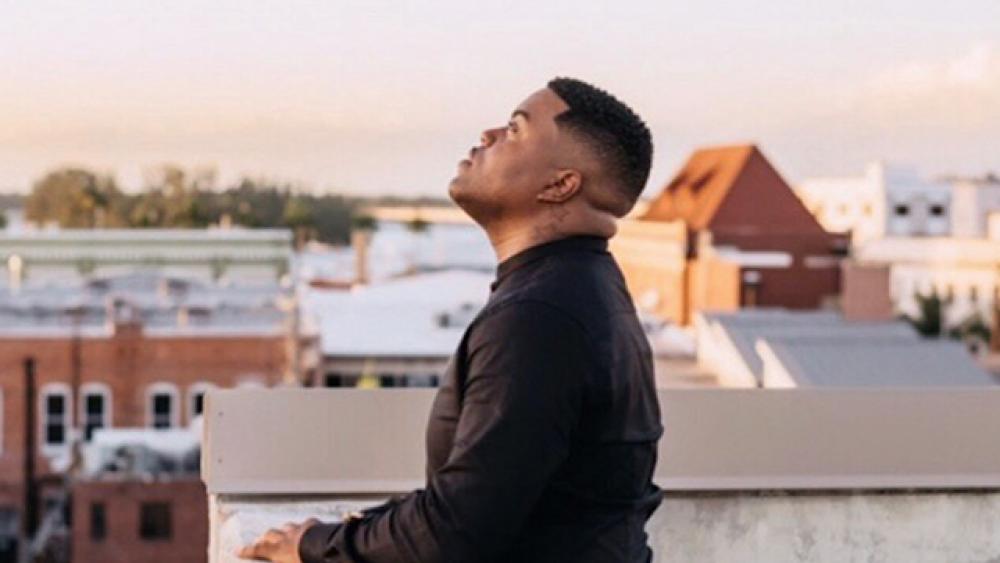 Samuel Jordon craved the attention he got when he began living as a woman named "Simone." He wanted to seal the deal of his new identity by having breast implant surgery. He thought there'd be no going back, but there was one thing he never saw coming.

"I felt beautiful. I felt attractive. I knew that I was wanted because the moment I walked out of the door, Like Wow!"

Samuel was his given name. Simone was his chosen name – the one he picked at 19 when he committed to living his life as a woman.

"For the first time in my life, I actually felt like I had found the person that I was supposed to be."

That was a far cry from what he wanted to be as a child. Growing up in a Christian home in Fort Myers, FL, he loved God, church, and dreamed of one day becoming a pastor. All that changed when at 8 years old, Samuel was sexually abused by a friend's family member.

"So he started saying things uh like, 'This is okay. We're just acting,' you know, 'I'm going to be the man. You're going to be the woman.' The innocence that I carried, this little boy that loved Jesus, I really felt like that was snatched away from me."

As the abuse became a normal occurrence, he started to enjoy and seek out the compliments.

"I was good at it. Even though it was so wrong, it was like, well maybe this is what I'm supposed to do."

Samuel never told his parents. Soon, he was exploring homosexuality with friends, and by 14, was actively pursuing gay relationships. But at church, guilt and shame filled his heart.

"I asked God, 'Whatever this feeling is, I need you to take this out.' And it seemed like every time I prayed it, nothing really changed."

He kept his secret well until his mother discovered explicit notes from a male classmate in his backpack.

"My relationship with her at that moment took a shift. She told me, 'If this is how you're going to live, I can't talk to you.' And I loved my mom, I loved her. And I know she-she loved me 'cause she tried for years to have a child. So I was like her blessing. Um, but I became, her curse. And so the child that she couldn't wait to look at, she no longer could look at me."

Samuel stopped his promiscuous lifestyle, hoping to make amends with his mom. But that time never came. Two years later, she died from cancer during his sophomore year in high school. His father also left to move in with another woman.

"I felt like that last piece of me had left the earth. There was a hollowness that was in my heart. Sammy was gone."

Now in college, Samuel turned away from God and found his full identity in the gay community.

"I really hated Samuel. He wasn't accepted. Samuel was disowned. Samuel was alone. So, when I finally saw a lifestyle and found a sense of belonging or whatever, I went after it."

Empowered by those feelings of acceptance, Samuel changed his name to Simone, and began living as a transgender.

Transitioning to his new identity, Simone started working as an escort. He also had breast implant surgery.

"If I got implants, I'd be an abomination, that God would definitely say, 'He's unusable, He's made his decision.'"

Still in college, Simone became popular and desired. But in time, the guilt and shame started to resurface.

"Though I had become this person, I didn't know who I was looking at. I just felt like my inside, who I really was, was now being destroyed."

He dropped out of school and moved home to Fort Myers where a family friend allowed him to stay with her. She had one condition -  that Simone go to church with her. Although reluctant at first, he finally agreed.

"I also felt like maybe if I go to church, there's - maybe I'll hear something that may give me a sense of direction."

But in church, as he listened to the worship, God showed him he needed more than just direction. He needed a Savior.

"Cause I knew that I was desperate for something, that moment made sense. I was desperate for Him and I was lost without Him. And so, he began to sing... I began to cry from a very, very desperate place. Here's the enemy on one side like-like, 'No, you've changed your name. You have implants, you-you're a whole 'nother person. You can't go back to this person.' And on the other side, I felt like God was telling me that, 'I'm desperate for you too. I want you to come back. I've been waiting on you. I don't care who you've become. I don't care what you've done to your body. I'm willing to do anything it takes to come and bring you out if you are willing to say yes.' I just said, 'Yes, yes, yes!' And I remember slinging my hands. I said, 'I'm free! I'm free! I'm free! I'm free!' And as I'm saying I'm free, I feel like all of the junk, all of the - all of the shame, everything the enemy had placed on me had let me go because I am free."

At that moment, Samuel felt the guilt and shame fall from him.

"I was blown away that I could be so far from Him, to be so wanted, and so accepted, and so received without any strings attached."

Samuel had his breast implants removed and made the transition to living fully as a man again. More than his outward appearance, God transformed his heart, and showed him his true identity in Christ.

"He just said, 'You just tell me yes and I'm going to show, I'm God enough to fix it. I'm God enough to show you that I could bring you back to my original intent for your life.' And that's what He did for me and it won me over."

The story first appeared on The 700 Club.