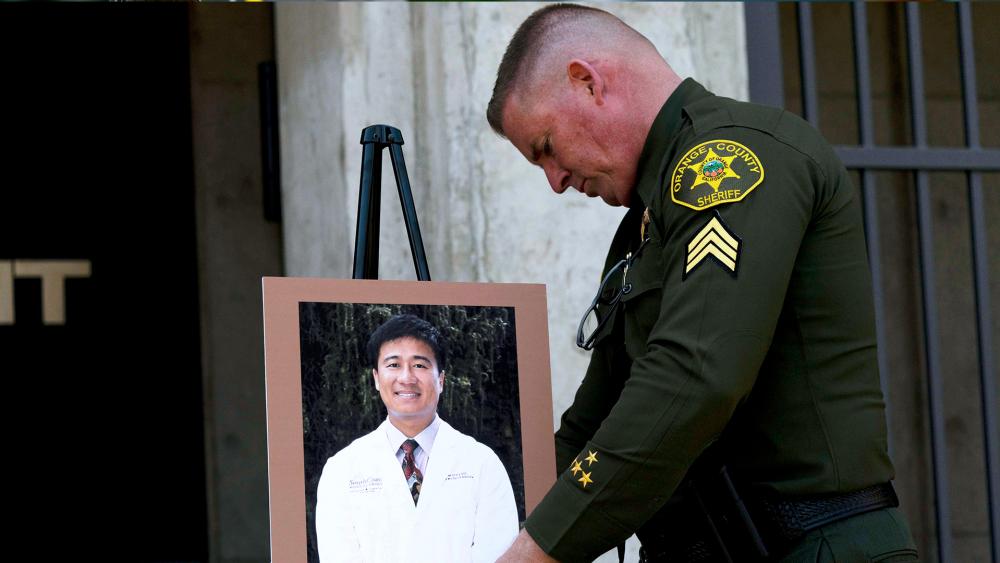 The members of the Irvine Taiwanese Presbyterian Church, which worships at Geneva Presbyterian Church in Laguna Woods, California, came together Monday to mourn for the ten people killed in a Buffalo supermarket on Saturday and for their fellow brother in Christ, who was killed in a separate shooting after a luncheon at the church building on Sunday.

Five others were wounded in the attack on the Taiwanese congregation. The oldest person injured was 92.

Authorities say that the shooting had political motivations. The suspect, David Chou, 68 was reportedly upset about political tensions between China and Taiwan. He chained the doors and put superglue in the keyholes. He had two 9 mm handguns — legally purchased years ago in Las Vegas — and three bags, containing among other things four Molotov cocktail-type incendiary devices and extra ammunition.

After Chou opened fire and in the ensuing chaos, a heroic church member named Dr. John Cheng, 52, tackled him, allowing other parishioners to subdue him and tie him up with extension cords. The congregation's pastor also jumped into the fray, hitting the shooter with a chair. 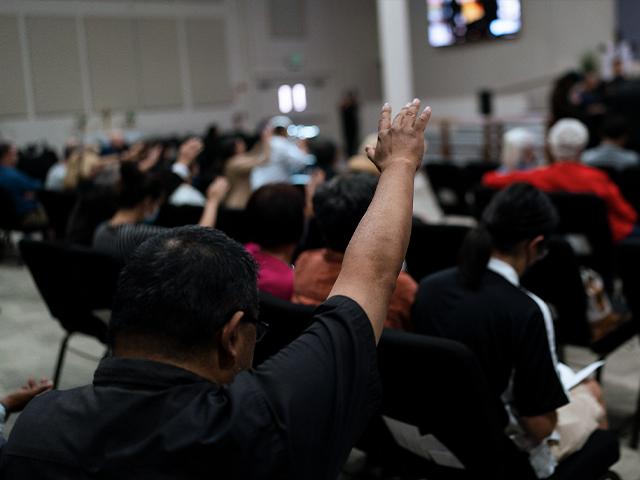 Ed Liou raises his hand while praying for victims in Sunday's shooting at the Geneva Presbyterian Church during a prayer vigil in Irvine, Calif., Monday, May 16, 2022.  (AP Photo/Jae C. Hong)

Cheng was shot and killed during the melee. Orange County Sheriff Don Barnes called Cheng's heroism "a meeting of good versus evil" that probably saved the lives "of upwards of dozens of people."

On Monday, Sheriff Barnes tweeted a photo of Cheng with the words, "Dr. John Cheng is a hero" with a statement.

"We continue our investigation of yesterday's horrible act of violence at a church in Laguna Woods. One thing is clear - Dr. John Cheng, the man killed in yesterday's shooting was a hero. His brave act, as well as many others in that church, resulted in stopping the suspect from injuring or killing more people," the statement said.

"A critical truth of this church's faith is that there is no greater love than to lay down one's life for their friends. Dr. Cheng's selfless love for others stopped a hate-filled act from claiming more lives beyond his own. What a tremendous example for our community. Hate will not stand in Orange County," the statement concluded.

Barnes said Cheng was a sports medicine doctor who is survived by a wife and two children.

Chou was booked on suspicion of murder and attempted murder and jailed on $1 million bail. He was expected to appear in state court Tuesday. It was not immediately clear whether he had an attorney who could speak on his behalf. A federal hate crimes investigation is also ongoing.

Chou had worked as a security guard in Las Vegas, authorities said.

Barnes said the motive for the shooting was Chou's hatred toward Taiwan which was documented in handwritten notes that authorities found. Chou's family apparently was among many forcibly removed from mainland China to Taiwan sometime after 1948, Orange County District Attorney Todd Spitzer said.

"I will tell you that evil was in that church," he said, adding that Chou had "an absolute bias" against Taiwan and its people.

"I join the families of the victims and Taiwanese American communities in grief and pray for the speedy recovery of the wounded survivors," Hsiao wrote on Sunday.

Chinese Embassy spokesperson Liu Pengyu told the AP via email that the Chinese government has "consistently condemned incidents of violence. We express our condolences to the victims and sincere sympathy to the bereaved families and the injured."