PRAY: Pastor and Dad of 8 Reportedly Tortured, Murdered For Sharing His Christian Faith in Laos 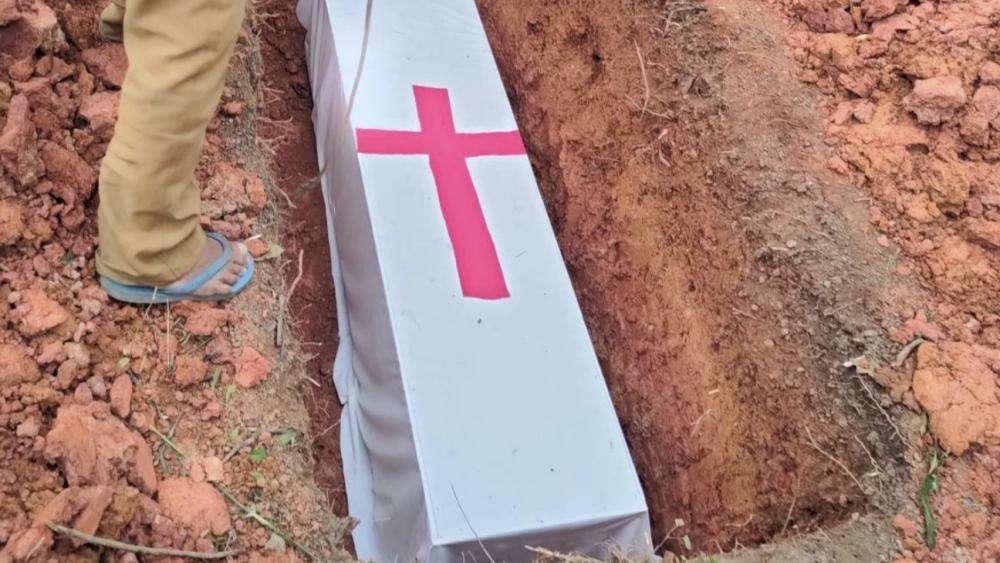 A pastor in Laos was reportedly tortured and killed for spreading his Christian faith, shocking his congregants and loved ones.

Locals discovered Pastor Seetoud’s body last month after he failed to show up for an Oct. 20 meeting with fellow believers, according to Morning Star News.

The preacher — a husband, and father of eight children — was heading to the meeting, 62 miles away from his village, on his motorbike. After he failed to arrive, at least 20 people came together to search for him around a nearby mountain and at a local hospital.

Pastor Seetoud’s body was later found Oct. 23 in a ditch near a mountainous jungle road.

Provincial police reportedly believe he was tortured before his death and was “severely disfigured,” with speculation brewing those responsible were officials at the local level where Pastor Seetoud lived.

Some claim relatives and locals had threatened the minister for months before his death, demanding he stop sharing his Christian beliefs. A former adherent to animism, Pastor Seetoud and his family abandoned the religious structure in 2015 for the Christian faith.

“No words can describe the pain that Seetoud’s family and the local churches are experiencing,” an evangelical leader told Morning Star News. “The great injustice about the whole situation is that those in authority were either directly or indirectly involved in Seetoud’s murder.”

The preacher’s Bible was found near his body.

Pastor Seetoud led a church in the Lao Evangelical Church, which, along with the Roman Catholic Church, and Seventh-Day Adventist Church, is one of the three denominations officials recognized in Laos, Morning Star News reported.

Details on the case remain unclear, though one witness said he saw three men come out of a black truck Oct. 20 with no license plates and violently pull a man inside. At the time, the witness assumed it was a legitimate arrest but later pondered whether it was Pastor Seetoud being abducted.

Tragically, this wasn’t the preacher’s first brush with persecution, as he was handcuffed for three days in 2018 for hosting church in his home, among other purported infractions.

Laos is one of the worst nations in the world for Christians, ranking 26th on Open Doors USA’s World Watch List, a report ranking countries with the most harmful persecution. Christians face “communist and post-communist oppression,” with authorities hampering Christian freedom.

“House churches that do not have administrative approval are considered ‘illegal gatherings’ and must operate underground,” the report reads. “Even the majority of registered churches do not have permanent church structures and must conduct worship services in homes.”

Pastor Seetoud, as a Christian convert, was particularly vulnerable, as those who defy or leave Buddhist-animist traditions are seen as betraying their communities.

“[Converts] frequently face pressure and violence from their families and the local authorities, both of whom will stir up opposition from the local community or religious leaders,” the World Watch List report continues. “This can lead to converts being expelled from the village.”

Read more about the tragic story here. And pray for Pastor Seetoud’s friends and loved ones during this difficult time.

This story and its contents originated in a report by Morning Star News.