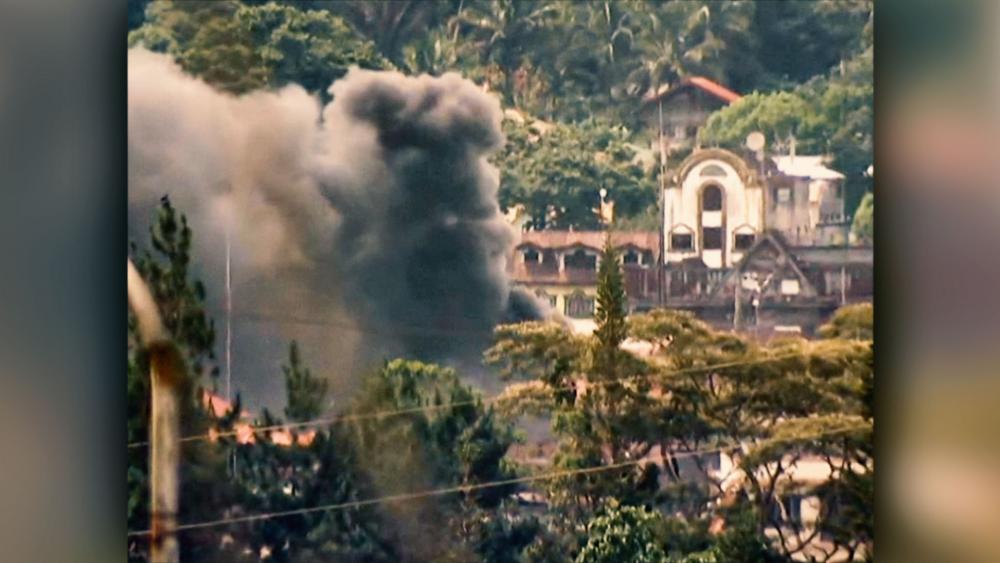 Officials in the Philippines say foreign fighters linked to ISIS are among the militants trying to take control of a southern city.

Solicitor General Jose Calida told reporters in Davao City that Indonesians and Malaysians are among those fighting in Marawi.

"Before it is just a local terrorist group, but now there is an ideology; they have subscribed to the ideology of the ISIS and they have pledged allegiance to flag of ISIS. So they want to create Mindanao as part of the caliphate," he said.

More than 44 people have died since terrorists launched their attack Tuesday against the city of Marawi on the island of Mindanao.

Among the dead are nine Christians who were executed for their faith.

President Rodrigo Duterte has imposed martial law in the hopes of controlling the violence.

"I warned everybody not to force my hand into it," Duterte said, according to The National. "I have to do it to preserve the republic."

Philippine troops are carrying out "precision attacks" with tanks and rocket launchers to target the jihadists.

The island of Mindanao has long-been the base for homegrown Islamic radicals in the Philippines, and now government officials say they're getting outside help.

"What's happening in Mindanao is no longer a rebellion of Filipino citizens," Calida said during a press conference. "It has transmogrified into invasion by foreign terrorists who heeded the clarion call of the ISIS (Islamic State group) to go to the Philippines if they find difficulty in going to Iraq or Syria."

"The dream of the Maute group, which has pledged allegiance to the ISIS and its flag, is to transform Mindanao into an Islamic state," he added.