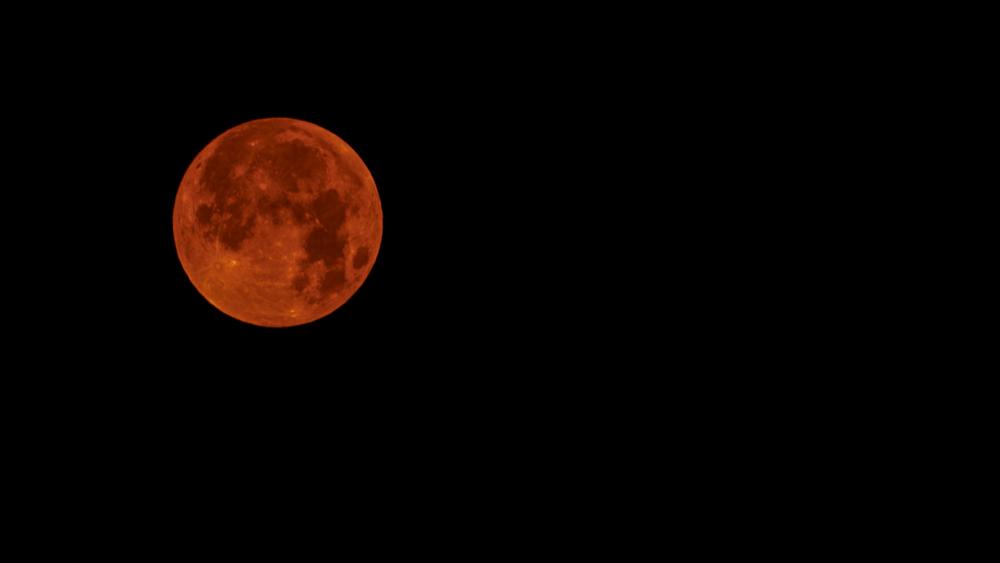 According to astronomers, there will be two bodies in the heavens at the end of July which will both appear as red at the same time -- the planet Mars and Earth's moon.

On the very same day, Earth's moon will also appear red, but only for a couple of hours.  According to astronomers, it will be the longest total lunar eclipse of the century lasting 1 hour and 43 minutes.

The eclipse will best be seen in Africa, the Middle East, southern Asia and the Indian Ocean.

Space.com reports the moon will remain in the earth's shadow for nearly 4 hours total.

Lunar eclipses occur when the moon passes into the Earth's shadow, directly opposite of the sun.  Unlike solar eclipses, lunar eclipses are safe to view. You don't need special lenses or a box -- just your own eyes.

According to Space.com, the event known as a Blood Moon occurs when the moon moves completely into the deepest part of Earth's shadow, known as the umbra. The moon turns red instead of going black. The red color comes from some of the sunlight going through Earth's atmosphere. The sunlight bends and falls onto the moon's surface. (Earth's air also scatters shorter-wavelength light — think of colors such as blue or green — which leaves behind red at the longer-wavelength end of the spectrum.)

More lunar eclipses are on the horizon.  The next total lunar eclipse visible from North America will occur on Jan. 21, 2019, favoring viewers on the West Coast, Space.com reports. The total phase will last about 1 hour and 2 minutes. Later that year, on July 16, there will be a partial eclipse. July 16, 2019, also happens to be the 50th anniversary of the launch of the first moon landing mission, Apollo 11.

The news about the Blood Moon appearing at the end of the month has some Christians excited. They believe the Blood Moon is a direct sign from God and a biblical fulfillment of prophecy.

The Blood Moon is foretold by the Bible in the book of Joel 2:31, "The sun shall be turned into darkness, and the moon into blood, before the great and terrible day of the Lord come."

Also in Acts 2:20, "The sun shall be turned into darkness, and the moon into blood, before the great and notable day of the Lord come:"

And, in the book of Revelations 6:12, "And I beheld when he had opened the sixth seal, and, lo, there was a great earthquake; and the sun became black as sackcloth of hair, and the moon became as blood;"

All of the scriptures refer to the moon turning blood red as a heavenly sign the end times are fast approaching.

Numerous "Blood Moon" events have occurred throughout history, since those passages were written, but some believe the Blood Moon prophecy is just as relevant as ever. Some preachers claim the large number of Blood Moon eclipses in recent years are just one of many signs that the end of the world is drawing closer and could happen in the near future.

Paul Begley is one pastor that stands by his belief that the Blood Moon is a biblical sign of the last days.

According to the UK's Express Newspaper, in a recent online broadcast from Indiana, he said: "Just take a look at this. Look at this prophetic sign, look at the era we're in, look at what the Bible says in Acts Chapter 2:16-21 and recognize the realization I am prophesying to you that the coming of the Lord is soon."

Students of biblical prophecy point to other historic events like the founding of the modern state of Israel in 1948, the return of millions of Jews to the Holy Land, and potential precurors to the biblical mark of the beast as further signs of the end times.

READ: 'A Fulfillment of That Great Prophecy': Israel Turns 70, a Light to the Nations

READ: Why Thousands of Swedes Have Inserted Microchips Under Their Skin