Rev. Franklin Graham, the son of the late evangelist Billy Graham, has come up against some fierce opposition as he attempts to organize a gospel crusade in the northern British town of Blackpool.

As a result of increasing pressure from LGBT groups, the local governing authorities have decided to remove promotions for the event, which were placed on the side of the town's buses.

"Blackpool Transport has recently been made aware of an advertisement in place on the side of some of our double-decker buses," said a spokesperson for the company, according to the Blackpool Gazette. "In light of customer feedback and reactions on social media which has resulted in heightened tension, we have taken the decision to remove all adverts relating to the 'Time for Hope' Festival with immediate effect. We will reimburse any income back to the advertising company."

"We work with multiple advertisers and third-parties and in no way do we endorse or support any advertisement which is placed on our vehicles," the agency added.

Franklin Graham's Lancashire Festival of Hope is due to take place at the Winter Gardens Blackpool on Sept. 21-23.

Blackpool is regularly described as one of the worst towns in Britain and boasts the lowest life expectancy anywhere in England. It is known for its grimy "drag" clubs, spiraling substance dependency and "loan shark" payday lenders who do nothing but plunge the town into an ever-deepening chasm of financial hardship.

According to the Guardian:

"More than half of the local population smokes, the highest rate in the country. One in three pregnant women, even up to the point they go into hospital to give birth, are still smoking. Alcoholism is rife, while deaths from drug abuse rival those of the worst estates in London or Glasgow."

It is certainly a place that needs the life-giving message of the Gospel. But due to the unprecedented action from authorities, this may not come in the form of a Franklin Graham outreach event.

"Blackpool Transport is a proud ongoing supporter of the Pride and LGBT+ communities and in no way did we intend to cause any distress or upset," she said. "All buses carrying the advert will remain off the road until they have been removed."

Graham, who affirms a traditional biblical view of marriage as being between one man and one woman, responded to the controversy in an interview with British faith news outlet Premier UK.

"I'm not coming to preach hate, I'm here to preach about a savior, Jesus Christ who can make a difference in our lives if we put our faith and trust in Him," Graham stated. "We're not here to preach against anyone, we're here to talk about God."

The reverend added that his father, Billy Graham, also came up against some staunch opposition when traveling to preach in the United Kingdom.

Graham noted that even Jesus himself "offended many people," before noting that the Gospel "still offends people today." 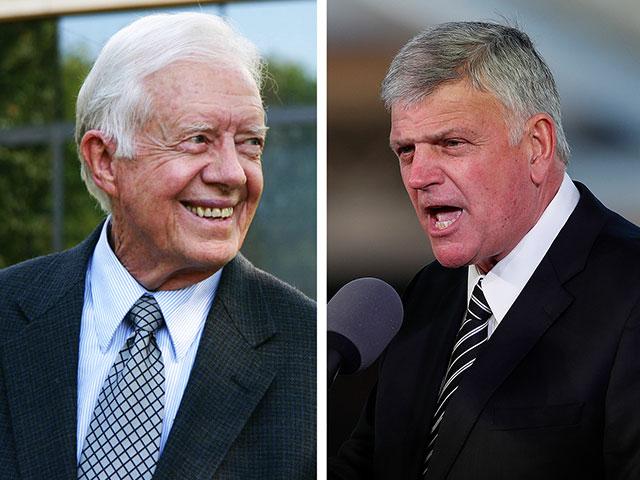