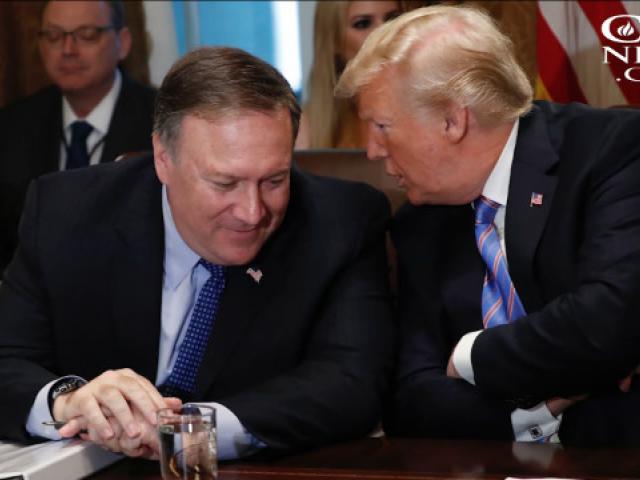 WASHINGTON – Secretary of State Mike Pompeo will host the first ever worldwide conference on religious freedom in Washington this week. Unfortunately, religious persecution is nothing new and in recent years, it's grown.

In an attempt to stop that trend, Pompeo will host more than 80 high-level government ministers at the State Department this week for the first ever worldwide conference on religious freedom.

Pompeo tells CBN News it's a major priority for this administration.

"The advancement of religious freedom matters to every individual in every country," says Pompeo. "The human dignity, the human right attached to religious freedom I feel personally, and I know President Trump does as well."

The overall concept is to show evidence that greater religious freedom means less terrorism and a better economy. Experts say roughly three-fourths of the world's population faces some restriction on religious freedom.

As for Christians, one out of every 12 experience extreme persecution in the most dangerous countries on the State Department's World Watch List.

"Not every country will achieve the level of religious freedom that we have here in the United States," Pompeo acknowledged. "But we think we can advance it all across the world by bringing together folks from all faiths, and frankly, those who have no faith, but their capacity to practice religion in the way they choose is important for the world."

For Pompeo, the matter is also personal because his evangelical Christian faith compels him to take action.

"Look, it's very consistent with what the Trump administration is trying to achieve with respect to religious freedom, but it also fits with my worldview. I'm an evangelical Christian," he noted.

"I know that not everyone shares that faith, but it's important," he continued. "It's important not only to Christians but to people of all faiths have the capacity to worship in the way that they desire."

One of the biggest offenders is North Korea. Pompeo already has his hands full with that country as he makes it clear that Kim Jong Un needs to get rid of nuclear weapons.

"We need to see Chairman Kim do what he promised the world he would do," Pompeo said.

North Korea's human rights record is just as suspect as their inaction on nuclear weapons.  The country ranks number one as the most dangerous country for Christians.

While Secretary Pompeo wouldn't reveal the details of his conversations with Kim, he made one thing very clear in our interview.

"I want your viewers to know that the United States rarely has an encounter with a country where we don't raise human rights concerns where they exist. We know the history there in North Korea," he said.

The US hopes to write a new chapter – not just with North Korea but with this historic conference aimed at curbing religious persecution that will make a difference around the world.

This Is the State Dept. Plan to Stomp Religious Persecution Around the World
CBN News Email Updates