'The Fervent Prayers of a Righteous People Can Availeth Much': Pence's Inspiring Words to Southern Baptists

"It's hard to believe that what began more than 170 years ago in First Baptist Church in Augusta, Georgia, has now become one of the greatest forces for good anywhere in America," the vice president said.

"The Southern Baptist Convention has always strived to reach the world for Christ and so you have throughout the decades," he continued. "I believe with all my heart that your faith has moved mountains."

Likewise, Pence claimed the Trump administration had also moved mountains because of its relentless commitment to preserving the Christian principals on which the nation was founded.

"It's the greatest privilege of my life to serve as vice president to a president who's working every day to renew the greatness of this country," Pence declared.

"When you look at the progress we've made over the last 500 days at home and abroad – a stronger America, a stronger economy, a stronger commitment to the God-given liberties enshrined in our Constitution – I think there's only one way you can sum up this administration: 500 days of promises made and promises kept."

"The meeting that took place was direct and honest, provocative and productive," Pence said. "It resulted in a bold first step where North Korea's leader committed to the complete denuclearization of the Korean Peninsula."

One of the more moving moments of Pence's address is when he recalled the night he and the president welcomed home three American prisoners released by North Korea.

"One of them pulled out of his pocket a small index card. On the front of the card it read, 'Dear Mr. Vice President, we praise the Lord who has done great things for America and for us," Pence recounted.

"And then I flipped over the card and on the back, they'd transcribed portion of Psalm 126: 'When the Lord brought back the captives to Zion, we were like men who dreamed. Our mouths were filled with laughter and our tongues with songs of joy,'" he said, drawing applause from the audience.

Still, Pence made it clear that despite all the accomplishments of the past 500 days, the nation still has a lot of work to do – work that would require resolve, courage, and prayer.

"While strong American leadership has accomplished much," he said, "the effective and fervent prayers of a righteous people can availeth much more, so let's all pray."

Some Baptists Didn't Like the Vice President Addressing the Convention

Some members of the church took to social media to give their opinions about Pence's appearance at the convention and his speech.  And many weren't that congratulatory, calling the vice president's address "a campaign speech."

Trevin Wax, the director of Bibles & reference at LifeWay, wrote, "I know the SBC has welcomed politicians on occasion going back 45 years but has there ever been a full-blown campaign speech like this one? #SBC18 #SBCAM18"

I know the SBC has welcomed politicians on occasion going back 45 years, but has there ever been a full-blown campaign speech like this one? #SBC18 #SBCAM18

Burk, the professor of Biblical Studies at Boyce College, the undergraduate school of the Southern Baptist Theological Seminary in Louisville, Ky. wrote, "This is a stump speech. Incredible."

Moore, the founder of Living Proof Ministries, replied to Wax's tweet with a simple "Yes."

Responding, Howard, a biblical counselor, wrote, "That bad, huh? Just landed in Atlanta, didn't stay for it. But I knew what it would be."

User Tizgame Monda replied to Wells, writing:  "I'm sitting in the room and it feels the same.

However, not all the responses were negative about Pence's address.

A user identified as KenisPreaching responded: "Look at all the supposed leaders or pastors on here whining. Maybe focus more on sending out your people to preach the Gospel on the streets of America and worry less about our first born again VP and most pro-life president in history."

Another user by the name of Jenni Henry wrote: "It's a shame that the VP speech is the only thing Tweeted about regarding the SBC18. See what happens? You all swoop in and focus on the negative so completely. I want to hear about the good things that happened the past 2 days. Instead, you let 48 hours to be destroyed by 30 mins."

Jeremy Roberts also responded, "If you're offended that @VP is addressing #sbc18, you're simply too sensitive. The man loves God and our denomination. Be grateful for the second in command of the world's only superpower wanting to encourage us. The anti-politicians pendulum has swung too far." 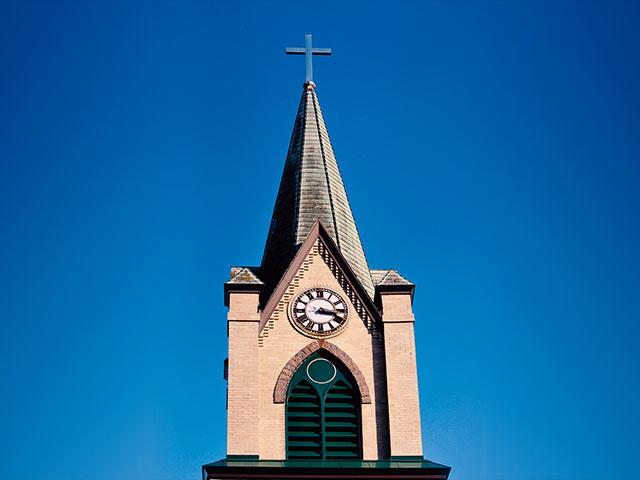